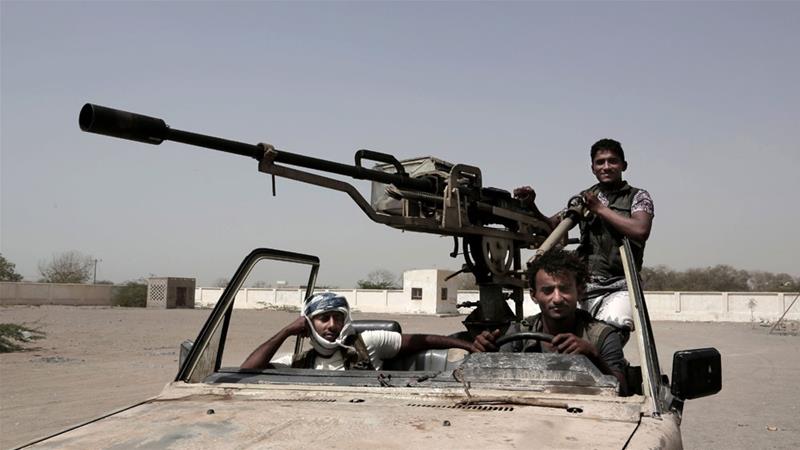 A Saudi-UAE-led military coalition and pro-government forces in Yemen have launched a new “vast offensive” to capture the strategic port of city of Hodeidah from Houthi rebels, according to the country’s internationally recognised government.

“A military operation has begun and the national army forces have advanced towards the north and the western sides of the city of Hodeidah, progressing from all front with the support of the Arab coalition,” the Aden-based government of President Abd-Rabbu Mansour Hadi said in a statement on Friday.

“Fierce battles are taking place at these moments,” it added.

There was no immediate comment from the rebels, who have been controlling Hodeidah since 2014, the same year they also seized Yemen’s capital, Sanaa.

Aid agencies have long warned that fighting in Hodeidah, a Red Sea port city and the entry point for the bulk of Yemen’s commercial imports and aid supplies, risks escalating the war-torn country’s dire humanitarian crisis.

The Saudi-UAE alliance, which is backed by the United States, launched a wide-ranging operation to take the seaport in June but suspended it ahead of planned United Nations-sponsored peace talks between Hadi’s government and the Houthis.

The campaign resumed in September after the talks collapsed before even starting.

Earlier on Friday, the UN’s refugee agency (UNHCR) said as many as 445,000 people had fled the city since June.

In a statement, the UNHCR said it was concerned for the safety of those still trapped in Hodeidah as the intensified military operations were “increasingly confining populations and cutting off exit routes”.

“People needing to flee for safety are unable to do so,” it added.

Hodeidah is the only port held by the Houthis, who are believed to be backed by Iran.

It is currently under a Saudi-UAE coalition blockade, allegedly as part of efforts to prevent the Houthis from using it as a landing point for weapons supplied by Tehran. Both Iran and the rebels deny such smuggling is taking place.

A UN report published in August said the blockade, part of wider Saudi-UAE coalition-enforced restrictions on access to Yemen’s other ports and the country’s airspace, may have violated international humanitarian law.

The report also rebuked all other parties to the conflict and concluded there were “reasonable grounds” to believe “a substantial number of violations of international humanitarian law” had been committed by pro-government forces, the coalition and the Houthis.

The conflict in Yemen, the Arab world’s poorest country and home to an estimated 28 million people, began with the Houthis takeover of Sanaa and toppling of Hadi’s government.

Concerned by the rise of the Houthis, a US-backed Saudi-UAE military coalition launched an intervention in 2015 in the form of a massive air campaign aimed at reinstalling the deposed administration.

According to the UN, at least 10,000 people have been killed since the coalition entered the conflict. The death toll has not been updated in years, however, and is likely to be far higher.

The Armed Conflict Location and Event Data Project (ACLED), an independent watchdog, recently said as many as 56,000 Yemenis had been killed since the war began.

Recent efforts to bring an end to the fighting have faltered, most notably in September, when discussions planned to take place in the Swiss city of Geneva fell apart after Houthi representatives refused to attend, saying the UN had failed to meet the group’s pre-summit demands.

On Thursday, a spokesperson for UN envoy to Yemen Martin Griffiths said he was aiming to bring the country’s warring factions to the negotiation table before the end of this year.

“There [are] always different challenges to bringing the parties together,” Farhan Haq said.

“What we’re trying to do is clear up any issues so that we can get a successful round of talks as soon as possible,” he added.

The announcement came after Griffiths himself said in a statement last week that he hoped hold consultations within a month.

International powers including the US and Britain have also stepped up calls for an end to the nearly four-year war in recent weeks. 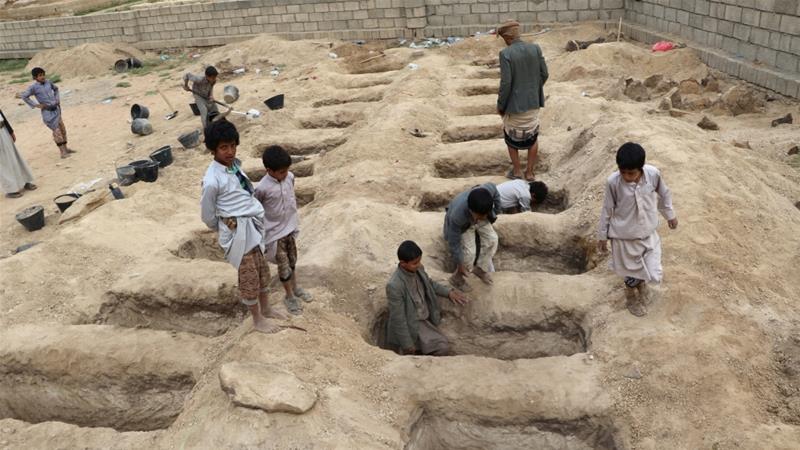 How to stop the war in Yemen?