BELFAST (Reuters) – The United Kingdom is heading toward leaving the European Union without a divorce deal, a senior member of the Northern Irish party which props up Prime Minister Theresa May’s government said on Tuesday. 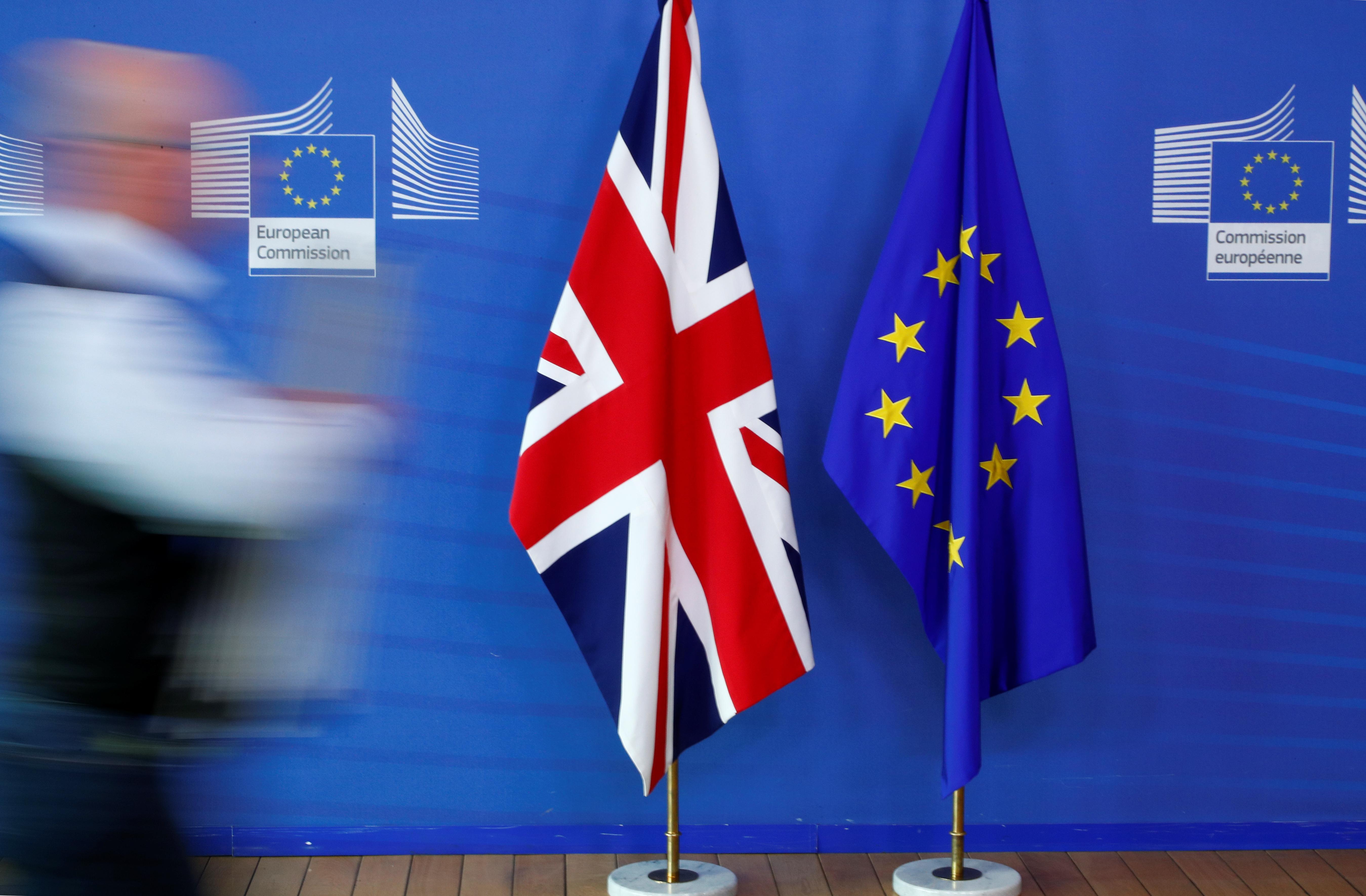 With less than five months until Britain is due to exit the EU, May has yet to clinch a divorce deal, with negotiators stuck on the so-called “backstop” arrangement that would keep open the border between British-ruled Northern Ireland and EU member Ireland regardless of what course Britain takes after Brexit.

“Looks like we’re heading for no deal,” Jeffrey Donaldson, one of 10 Democratic Unionist Party (DUP) lawmakers whose support May currently needs to get any deal passed in the British parliament, said on Twitter.

Sterling fell on the DUP remark. But it later recouped losses when Brexit Secretary Dominic Raab said “Thumbs up” when asked by a BBC reporter to describe a cabinet meeting he had just attended in London on Brexit negotiations.

The euro briefly fell to a five-month low against the British pound at 87.19 pence on Raab’s comment. Against the dollar, the British currency rallied to $1.3073.

Many business chiefs and investors fear politics could scupper a deal, thrusting both the EU and the United Kingdom into a “no-deal” Brexit that they say would weaken the West, panic financial markets and block the arteries of trade.

British trade minister Liam Fox said on Tuesday it was “impossible” to say whether a Brexit deal could be reached with the EU this month or next, but that Britain wanted an agreement, and a deal is better than no deal.

Negotiators are trying to find an emergency Irish border fix that would satisfy Ireland, the Democratic Unionist Party and May’s divided Conservative Party.

Ireland insists that there must be no border infrastructure, the DUP insists Northern Ireland must not be treated differently from mainland Britain, and Brexiteers say Britain must have the right to do its own trade deals after Brexit.

The DUP position has caused friction before: nearly a year ago, a refusal by the DUP to sign off on a deal on the border caused the temporary collapse of talks at a crucial stage, before negotiators found a way to keep all sides on board.

An open frontier is seen as crucial to the 1998 Good Friday peace accord that ended decades of sectarian bloodshed in Northern Ireland. The backstop arrangement is intended to ensure a solution to the problem if no other solution is found. But London wants the backstop to be provisional rather than permanent, while the EU resists any suggestion it could expire.

On Monday, Irish Prime Minister Leo Varadkar said Dublin was willing to examine ways in which the backstop could be reviewed, so long as it does not permit Britain to unilaterally walk away from it, a move his European Affairs Minister Helen McEntee said on Tuesday could help move the talks forward.

The DUP’s Donaldson, whose party has repeatedly criticized Dublin’s approach, said a no-deal Brexit would have serious consequences for Ireland’s economy and he “can’t understand why Irish Government seems so intent on this course.”

Irish Foreign Minister Simon Coveney spoke last month of “carnage” if Britain crashed out without a deal, though he said that would mostly be felt by the United Kingdom, with Ireland likely to benefit from solidarity from EU states.