According to the Met Office, if temperatures reach the forecasted 30C today, it will be the first time they do so during September in four years. A “Saharan spurt” is set to bring the high temperatures to the south of England and Wales today and tomorrow.

Areas as far north as Manchester and York could see highs of 25C during the two days, according to Met Office forecaster Craig Snell.

The burst of hot air is coming in from the south of Spain and France and it was brough from Africa by a jet stream.

However, some rain is possible in the north and west, before clouds settle from Wednesday and Thursday.

On Sunday, BBC meteorologist Ben Rich said: “Tomorrow is where things really start to warm up for most of us. 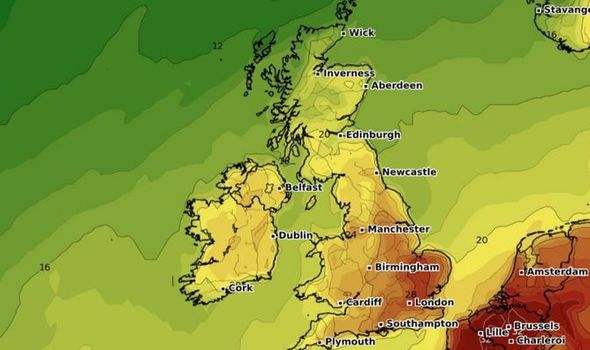 “There is just some patchy cloud and rain across north-east Scotland, and some of that scrapping Northern Ireland.

“But look at these temperatures for September – 28C and 29C.

“There is a fair chance we could reach 30C in the south-east by tomorrow afternoon.

“Some more cloud on Tuesday but still temperatures will reach 28C, 29C again. 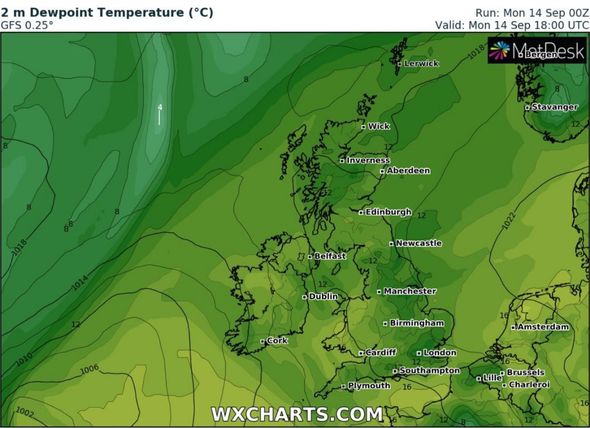 “But after that things will become cooler, although conditions will remain largely dry.”

Ms Diamond said: “It definitely feels like one last blast of summer even though we are, meteorologically speaking, in autumn.”

She added: “Certainly it looks like with the higher temperatures and sunshine it will feel summery for many from the latter part of the weekend onwards.” 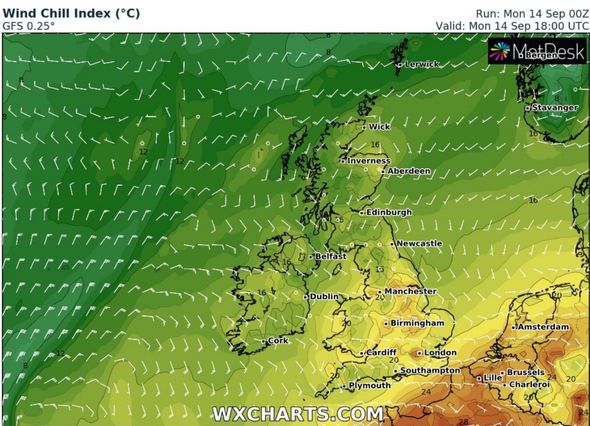 The forecaster said: “Very warm across many areas Monday and Tuesday, and hot for parts of the south.

“Rain or showers for some western and northern areas. Becoming cooler from the north Wednesday.”

Speaking of the fine dry weather forecasted for the weekend, Deputy Chief Meteorologist, Nick Silkstone, said: “Along with the dry and sunny weather, southern areas of the UK will see temperatures rise due to a combination of high pressure and warm air from the continent.

“On Sunday temperatures across central and southern England will reach into the low to mid 20’s Celsius and it’ll turn warmer still as we start the new week, with temperatures possibly reaching around 29 or 30 Celsius in the south east early next week.” 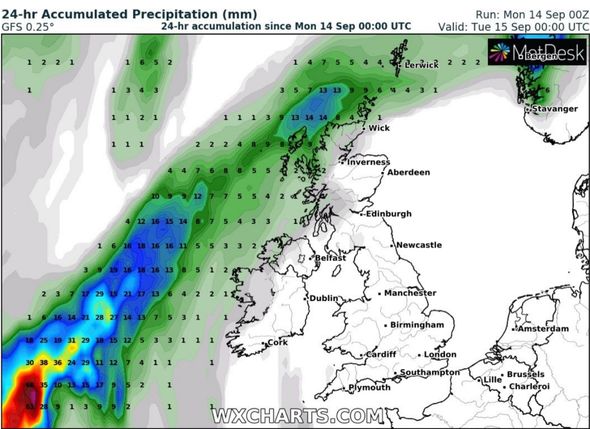 The Met Office’s forecast from Tuesday to Thursday predicts most areas will be “dry and warm”.

It read read: “Many places dry and warm on Tuesday, hot across the southeast.

“A few showers possible in the north and west.

“Turning cloudier and cooler from the north Wednesday and Thursday.”