LONDON/BRUSSELS (Reuters) – Prime Minister Theresa May’s Brexit strategy came under attack from all sides on Monday, increasing the risk that her plan for leaving the EU will be voted down by parliament and thrust the United Kingdom toward a potentially chaotic “no-deal” Brexit. 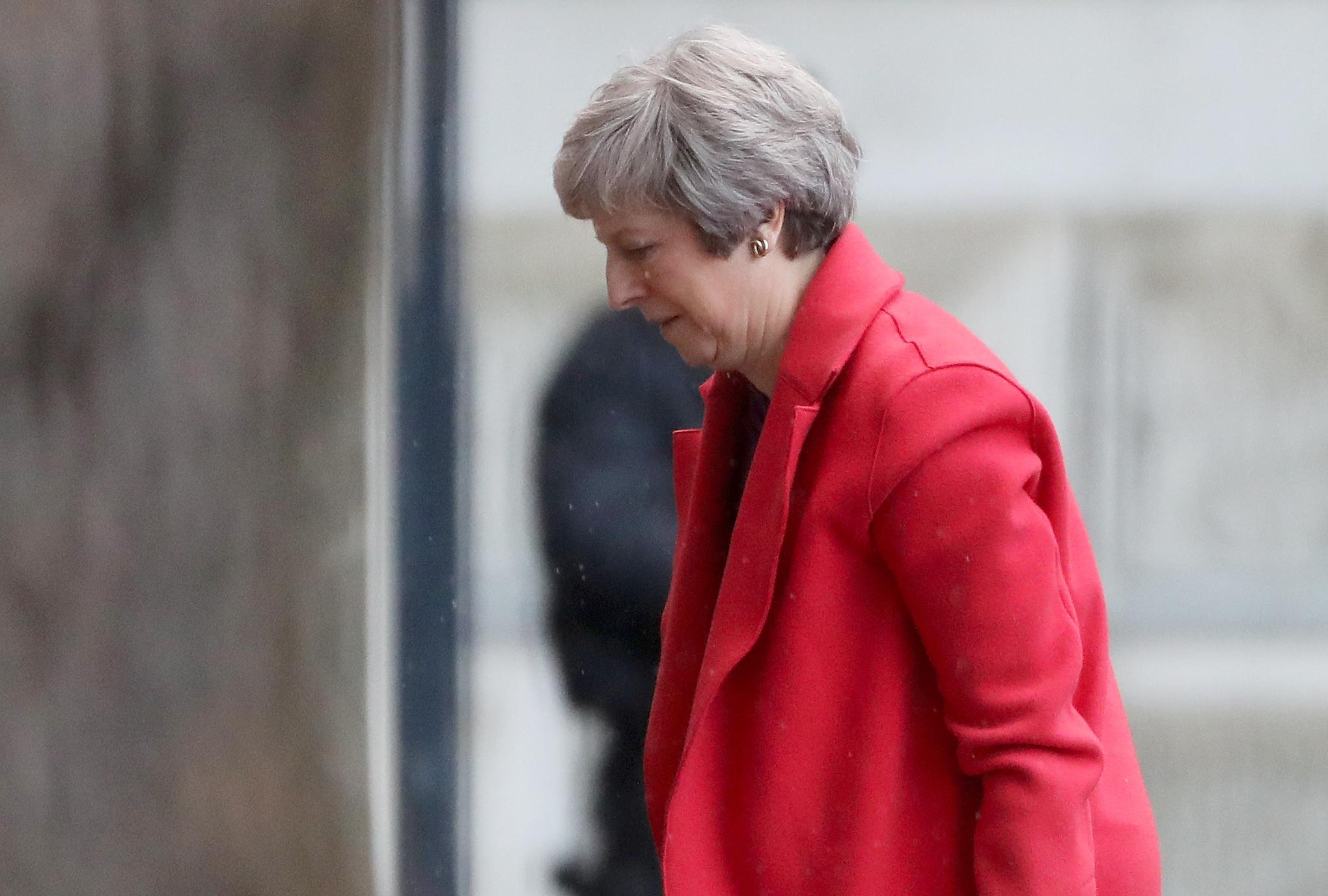 In a sign that Brexit talks could go down to the wire, EU sources said they want clarity from London by the end of Wednesday at the latest if there is to be a summit this month to approve a Brexit deal.

May’s compromise plan, which seeks to maintain close trade ties with the EU in the future, is facing opposition from Brexiteers, pro-Europeans, the Northern Irish party that props up her government, and even some of her own ministers.

“I think it’s the worst of all worlds,” former education minister Justine Greening, who supported staying in the EU in the 2016 Brexit referendum, told BBC radio, adding that she did not think there was any chance it could get through parliament.

A British official voiced pessimism about the possibility of a breakthrough with the EU this week due to continued deadlock on the issue of the border between British-ruled Northern Ireland and EU member Ireland.

Sterling tumbled to a 1-1/2 week low of $1.2838 on fears of a possible no-deal Brexit that many investors fear will weaken the West, panic markets and block the arteries of trade.

Brexit talks with the EU ran through Sunday night until 0245 and resumed on Monday morning.

“Technically speaking, the text is ready. But there is no political agreement from their side,” a senior EU diplomat said.

Economists polled by Reuters last week said there remains a one-in-four chance that London and Brussels will fail to reach a deal on the terms of departure.

Both sides need an agreement to keep trade flowing between the world’s biggest trading bloc and the fifth largest national economy. The other 27 members of the EU combined have about five times the economic might of Britain.

But May has struggled to untangle nearly 46 years of membership without damaging trade or upsetting the lawmakers who will ultimately decide the fate of any deal she can secure.

“We have made good progress in the negotiations in relation to the Withdrawal Agreement but there are substantial issues still to overcome in relation to the Northern Irish “backstop”, that remains the case,” May’s spokesman said.

The “backstop” is an insurance policy to ensure no return to border controls on the island of Ireland if a future EU-UK trading relationship cannot be agreed in time.

“The cabinet has backed the prime minister in moving forward with the negotiations with the EU and I expect cabinet will continue to do so,” May’s spokesman said.

In Brussels, the EU’s chief Brexit negotiator Michel Barnier told ministers from the other 27 EU member states that he was waiting for a signal that May has mustered enough votes to get a deal approved by parliament.

If there is a breakthrough, a Brexit summit could be called for Nov. 24-25.

“It’s such a mess politically in Britain, it’s hard to see at this stage how she can win support for the package,” said one diplomat.

While May has for months faced fierce opposition from Brexit-supporting lawmakers, who say she has betrayed the referendum result by seeking such close ties with the EU, she is now facing increasing pressure from pro-Europeans too.

Jo Johnson, the younger brother of leading Brexiteer and former foreign minister Boris, resigned from May’s government last Friday, calling in a withering critique for another referendum to prevent her Brexit plans.

If a deal is voted down by parliament, the United Kingdom will face an uncertain future: leaving abruptly without a deal, the collapse of May’s government, an election, or, as some opponents of Brexit hope, a new referendum.

The EU is not currently working to include any second referendum in its Brexit planning, sources in Brussels said.

Brexiteers say leaving without a deal might be damaging in the short term but that in the longer term it would be better than signing up to obey rules from the EU for decades to come.