Parts of the UK could see temperatures higher than 30C this week as a plume of hot air arrives on the British Isles. The last blast of summer will last until Wednesday as winds blowing up from southern Europe creates heatwave conditions in the south of England. The forecasted 30C heat will be the first time temperatures have gone above this threshold in four years.

The mercury will be highest in southern parts of the UK.

However, most of the country will see a spell of warmer weather over the next few days.

Met Office Chief Meteorologist, Frank Saunders, said: “High pressure in combination with warm, southerly winds will bring a spell of summery weather across parts of the UK early this week, with plenty of sunshine and higher than average temperatures for most.

“On Monday and Tuesday temperatures in Northern Ireland and Scotland will be in the high-teens to low 20s Celsius but with cloudier skies at times, and the odd shower. 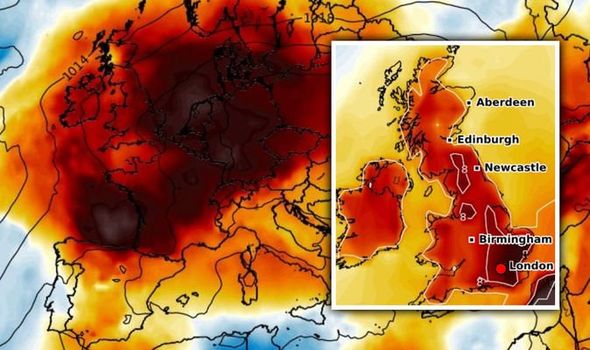 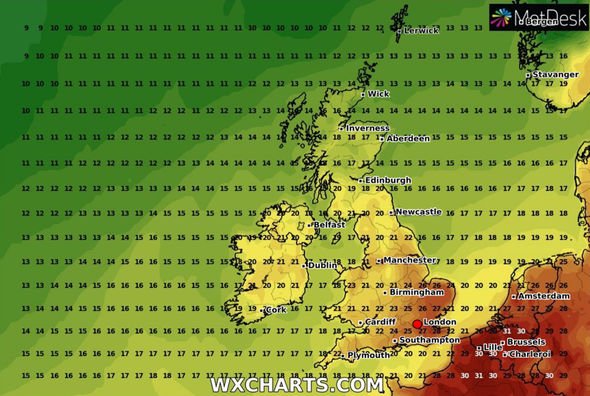 “Meanwhile England and Wales will be sunnier, especially today with temperatures widely above 25 Celsius.

“It’ll turn hot in southern and eastern areas with temperatures reaching around 30 Celsius in a few spots, possibly 31 Celsius on Tuesday.”

Mr Saunders added: “On Wednesday a cold front will slowly sink southwards, bringing cloudier skies and temperatures closer to average for northern parts of the UK, but southern areas will still see plenty of sunshine and temperatures in the mid- possibly high-20s Celsius, which could meet heatwave criteria in a few locations.”

The heatwave will be the longest September warm spell in the UK since 2016.

Back then, temperatures reached 34.3C at Gravesend on September 13.

Tonight will, according to the Met Office “be warm for many in towns and cities, with temperatures of 16 to 19C” southern and central areas, but higher temperatures are expected on Tuesday. 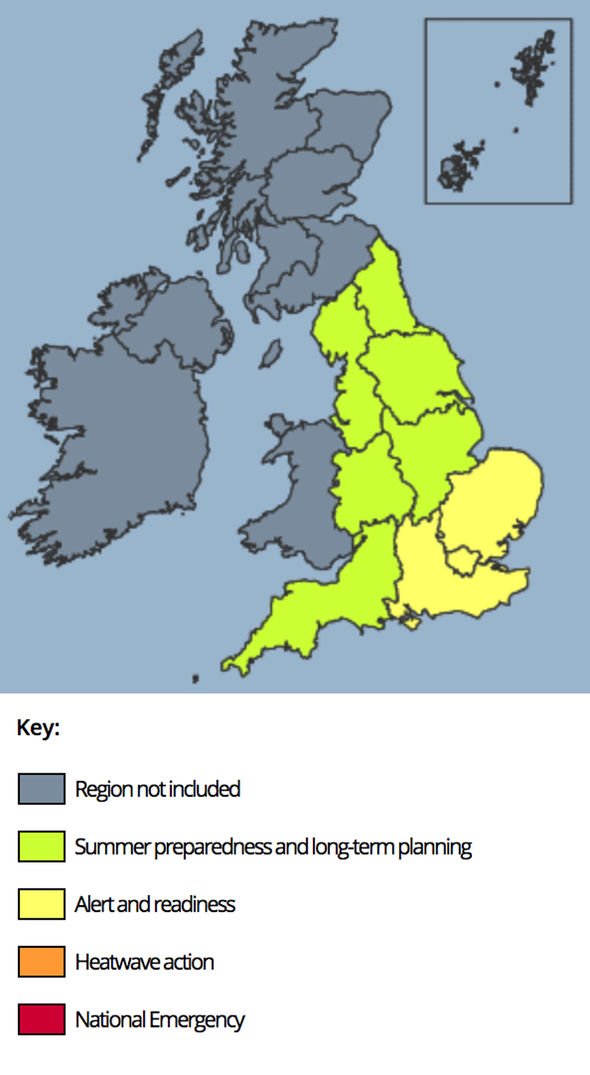 As a result of the warm temperatures forecast, the weather agency has issued a Level 2 heat-health alert.

The alert will be in place from Monday until 9am on Wednesday.

The Met Office said there is a “60 percent probability” of the heat-health criteria being met in this period.

In its advice to people in the affected area, the Met Office advised: “Hot weather can be dangerous, especially for the very young or very old or those with chronic disease.”

Advice can be obtained from the Heatwave Plan for England page, from your doctor or local chemist, or ring NHS 111.

The Met Office further wrote of its yellow alert level, which was issued in agreement with Public Health England: “Triggered as soon as the risk is 60 percent or above for threshold temperatures being reached in one or more regions on at least two consecutive days and the intervening night. 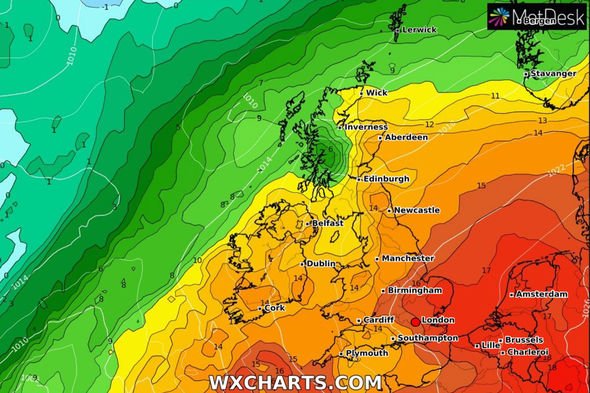 “This is an important stage for social and healthcare services who will be working to ensure readiness and swift action to reduce harm from a potential heatwave.”

The Met Office added the “concurrent risks associated with COVID-19 are likely to increase the health impacts of high temperatures.”

It said: “A short period of unseasonably warm temperatures is expected, with temperatures approaching, and potentially exceeding thresholds in isolated spots.