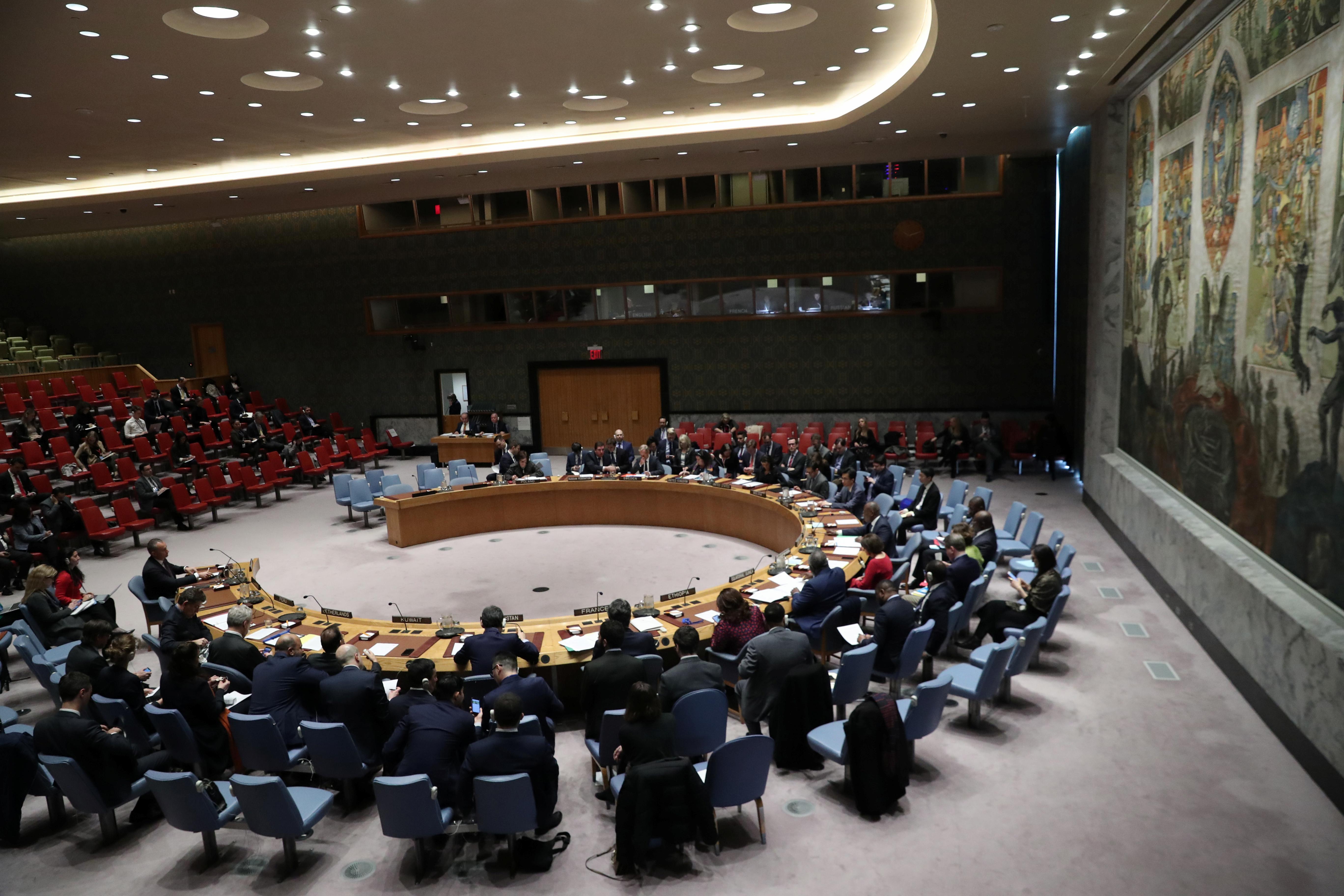 NEW YORK (Reuters) – The United Nations Security Council started voting on Thursday on a U.S. bid to extend an arms embargo on Iran, which is opposed by veto-powers Russia and China, and the result will be announced at a meeting on Friday, diplomats said.

The 15-member council has been operating virtually amid the coronavirus pandemic so states have 24 hours to cast a vote.

The 13-year-old arms embargo is due to expire in October under a 2015 nuclear deal among Iran, Russia, China, Germany, Britain, France and the United States that prevents Tehran from developing nuclear weapons in return for sanctions relief.

In a bid to gain more council support, the United States slashed its draft resolution on Tuesday to just four paragraphs that would simply extend a weapons ban on Tehran “until the Security Council decides otherwise,” saying it’s “essential to the maintenance of international peace and security.”

But diplomats and analysts said the draft text was still likely to fail. To be adopted a resolution needs at least nine votes in favor and no vetoes by Russia, China, the United States, Britain or France.

If the United States is unsuccessful it has threatened to try and trigger a return of all U.N. sanctions on Iran using a provision in the nuclear deal, even though Washington quit the accord in 2018. The move could put the already fragile nuclear accord further at risk.

It was not immediately clear how Russia, China or any other Security Council members might try to stop the United States from triggering a return of all U.N. sanctions on Iran, known as snapback, or if – procedurally – there is any way that they can.

Diplomats warn the process would be tough and messy. They says several countries would argue that Washington legally could not activate a snapback of sanctions and therefore simply wouldn’t reimpose the measures on Iran themselves.