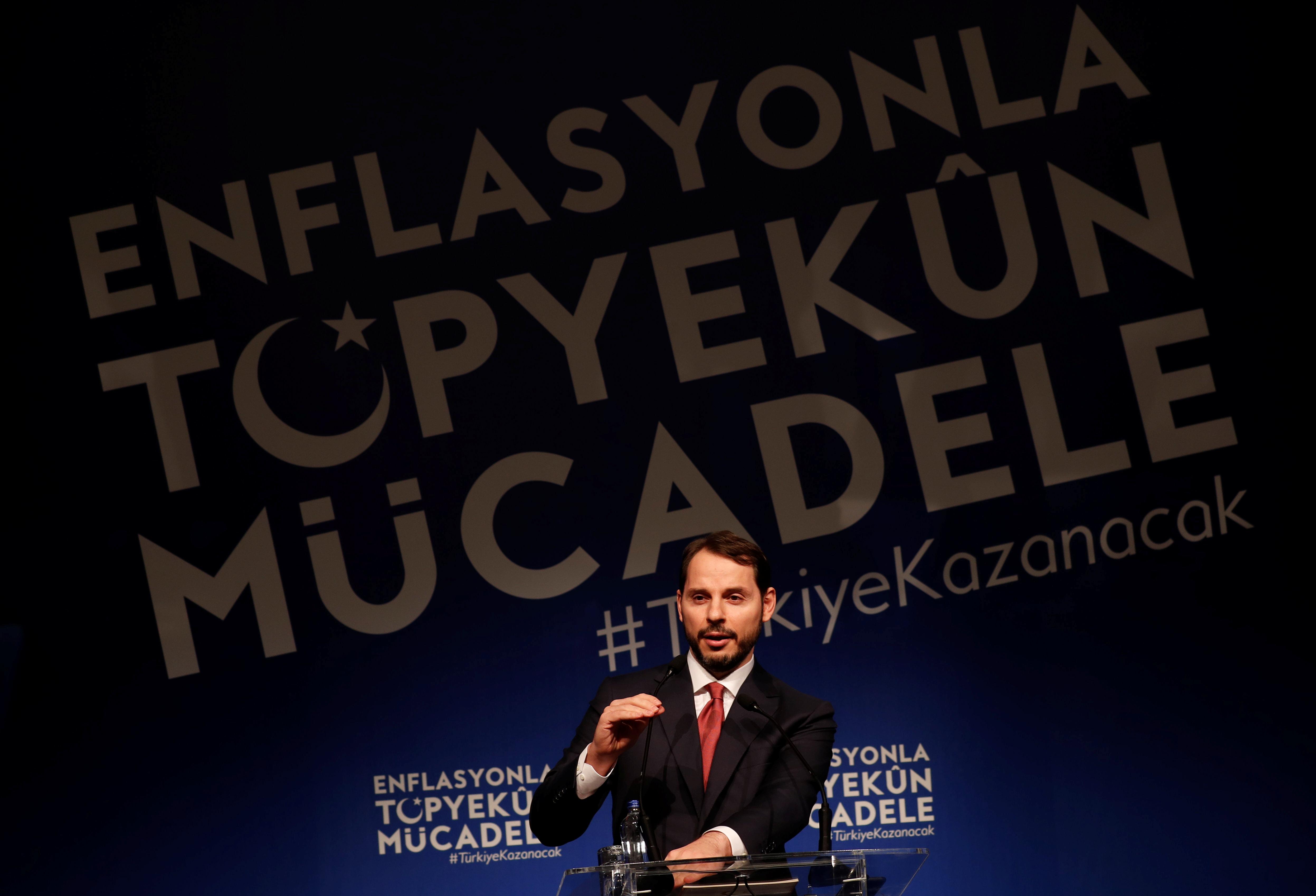 A U.S. court in May jailed a Halkbank executive for helping Tehran get round U.S. sanctions. Halkbank faces potential U.S. fines in relation to that case.

Albayrak’s comments came after President Tayyip Erdogan announced over the weekend that he had discussed the bank with U.S. President Donald Trump.

Erdogan gave few details of those talks but his comments came amid indications that Washington and Ankara are trying to mend ties that have been in crisis this year over a host of issues, including the conviction of a Halkbank executive for helping Iran evade U.S. sanctions.

“We had a positive meeting with our U.S.counterpart (Treasury Secretary Steve Mnuchin). He said he would follow the process closely,” Erdogan’s son-in-law Albayrak told broadcaster A Haber.

“We told them that Halkbank had not violated sanctions (…) We have positive expectations,” he said.