ISTANBUL (Reuters) – President Tayyip Erdogan said recordings related to the killing of Jamal Khashoggi, which Turkey has shared with Western allies, are “appalling” and shocked a Saudi intelligence officer who listened to them, Turkish media reported on Tuesday. 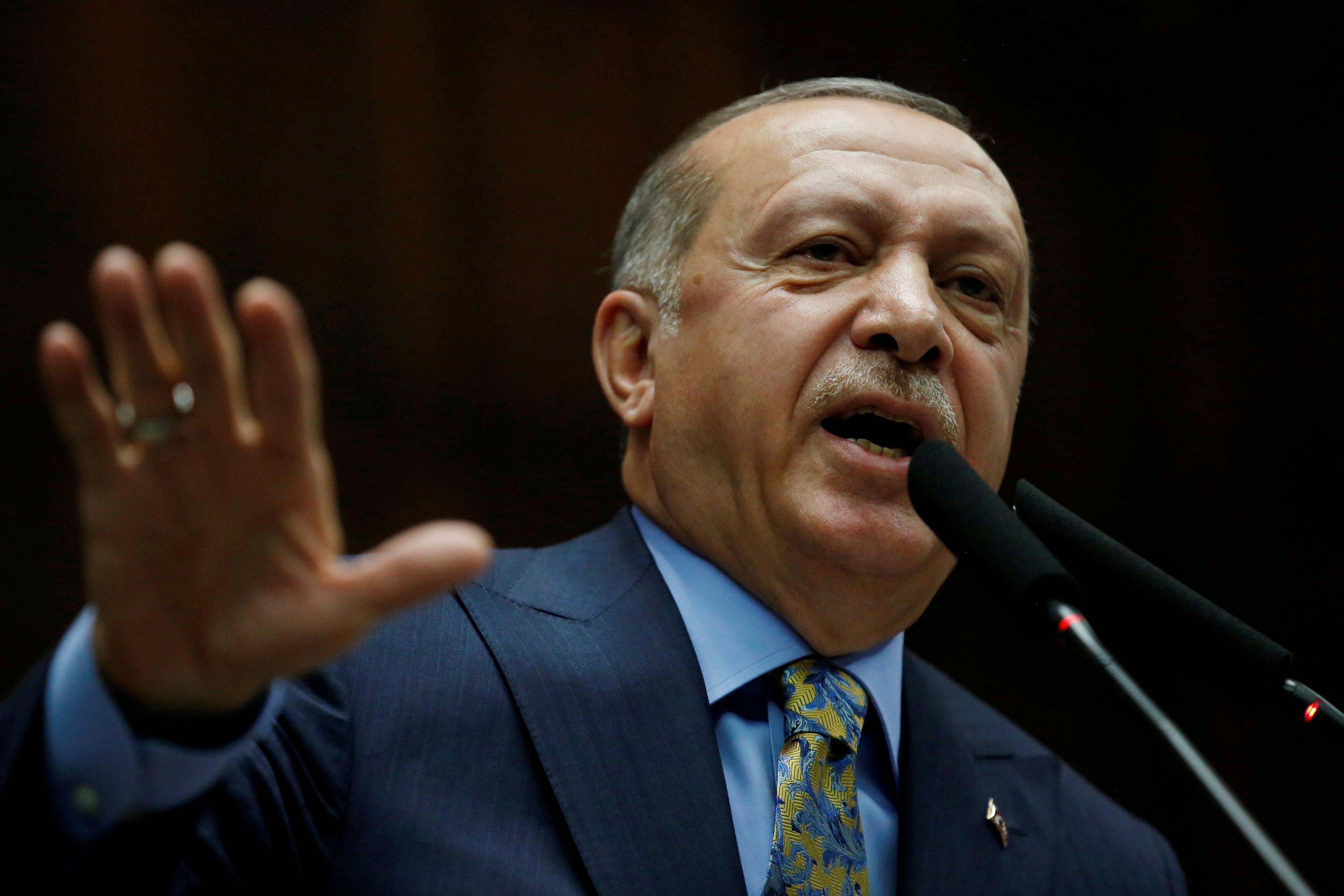 Khashoggi, a critic of de facto Saudi ruler Prince Mohammed bin Salman, was killed in Saudi Arabia’s Istanbul consulate last month in a hit which Erdogan says was ordered at the “highest levels” of the Saudi government.

Erdogan told reporters on his plane returning from a weekend visit to France that he discussed the Saudi journalist’s killing with the U.S., French and German leaders at dinner in Paris.

“We played the recordings regarding this murder to everyone who wanted them from us. Our intelligence organization did not hide anything. We played them to all who wanted them including the Saudis, the USA, France, Canada, Germany, Britain,” he said.

“The recordings are really appalling. Indeed when the Saudi intelligence officer listened to the recordings he was so shocked he said: ‘This one must have taken heroin, only someone who takes who heroin would do this,” he added.

Khashoggi’s killing has provoked global outrage but little concrete action by world powers against Saudi Arabia, the world’s largest oil exporter and a supporter of Washington’s plans to contain Iranian influence across the Middle East.

Erdogan said it was clear the murder was planned and that the order came from the top level of Saudi authorities but that he could not think such a thing of King Salman, for whom he has ‘limitless respect’.

“The crown prince says ‘I will clarify the matter, I will do what is necessary’. We are waiting patiently,” Erdogan said, adding that the perpetrators of the killing were among 18 suspects detained in Saudi Arabia.

“It must be revealed who gave them the order to murder.”

Erdogan has not given details of the contents of the tapes but two sources with knowledge of the issue have told Reuters that Turkey has several audio recordings.

They include the killing itself and conversations before the operation which Turkey subsequently uncovered, the sources said. These had led Ankara to conclude from an early stage that the killing was premeditated, despite Saudi Arabia’s initial denials of any knowledge or involvement.

Saudi Arabia’s prosecutor Saud al-Mojeb has since said Khashoggi’s killing was planned in advance, although another Saudi official said Prince Mohammed had no knowledge of the specific operation.