The city of Louisville has arrived at a ‘substantial’ settlement with Breonna Taylor’s family, reports say 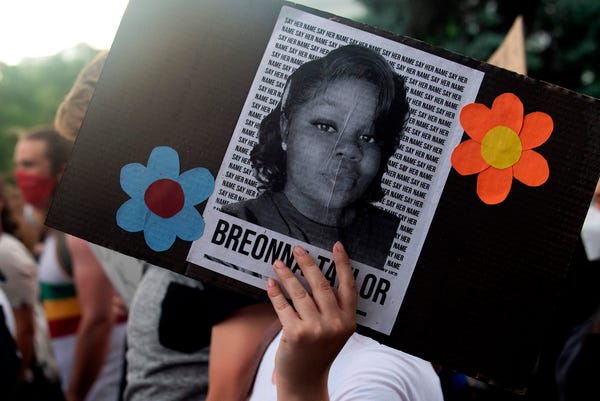 The city of Louisville, Kentucky, has arrived at a settlement with the family of Breonna Taylor, the Black woman shot dead by police in March, according to local reports.

The settlement also includes reforms for the Louisville police department, such as a mandate that all search warrants be approved by a commander prior to heading to a judge, the Courier Journal reported.

Taylor's family sued the city after the 26-year-old woman was killed by police in her Louisville home on March 13. Police entered her home to pursue a narcotics bust using a "no-knock" warrant, meaning they were not required to identify themselves before entering.

Police shot Taylor multiple times, arguing that they were returning fire after one of the officers at the scene received a bullet to the thigh.

An attorney for Taylor's boyfriend, Kenneth Walker, who fired the shot as a warning to the officers, said police did not identify themselves or knock.

The settlement comes as protests against police brutality continue to sweep the nation. Demonstrators have argued for substantial police reform after the death of George Floyd, a Black man killed at the hands of Minneapolis police on Memorial Day. Protests reignited after police officers in Kenosha, Wisconsin, shot Jacob Blake, a Black man, in the back multiple times as he attempted to get into his car last month.

Neither the Louisville Metro Police Department nor the mayor's office immediately returned Insider's request for comment.