The final season of Sue Bird's illustrious basketball career will be captured in documentary form.

"Sue Bird: In The Clutch" is already underway with never-before-seen footage from the 2021 WNBA season and last summer's Tokyo Olympics, according to Variety. It will cover the 2022 season — her 19th and what looks like final one in the league — as well as life with fiancée Megan Rapinoe, social justice work and post-retirement plans.

“We’re excited to give this once-in-a-generation athlete the send-off she deserves,” Gibney said, via Variety. “It’s an amazing opportunity to explore the impact of Sue and the wider WNBA — not just on the game of basketball, but on social justice, activism, and women in sports.”

In the one-minute tease Bird shared on Twitter, the Seattle Storm great says she has redefined what she views as legacy. It includes championships, of which she has four in the WNBA, but also the "lasting impact that I can leave." 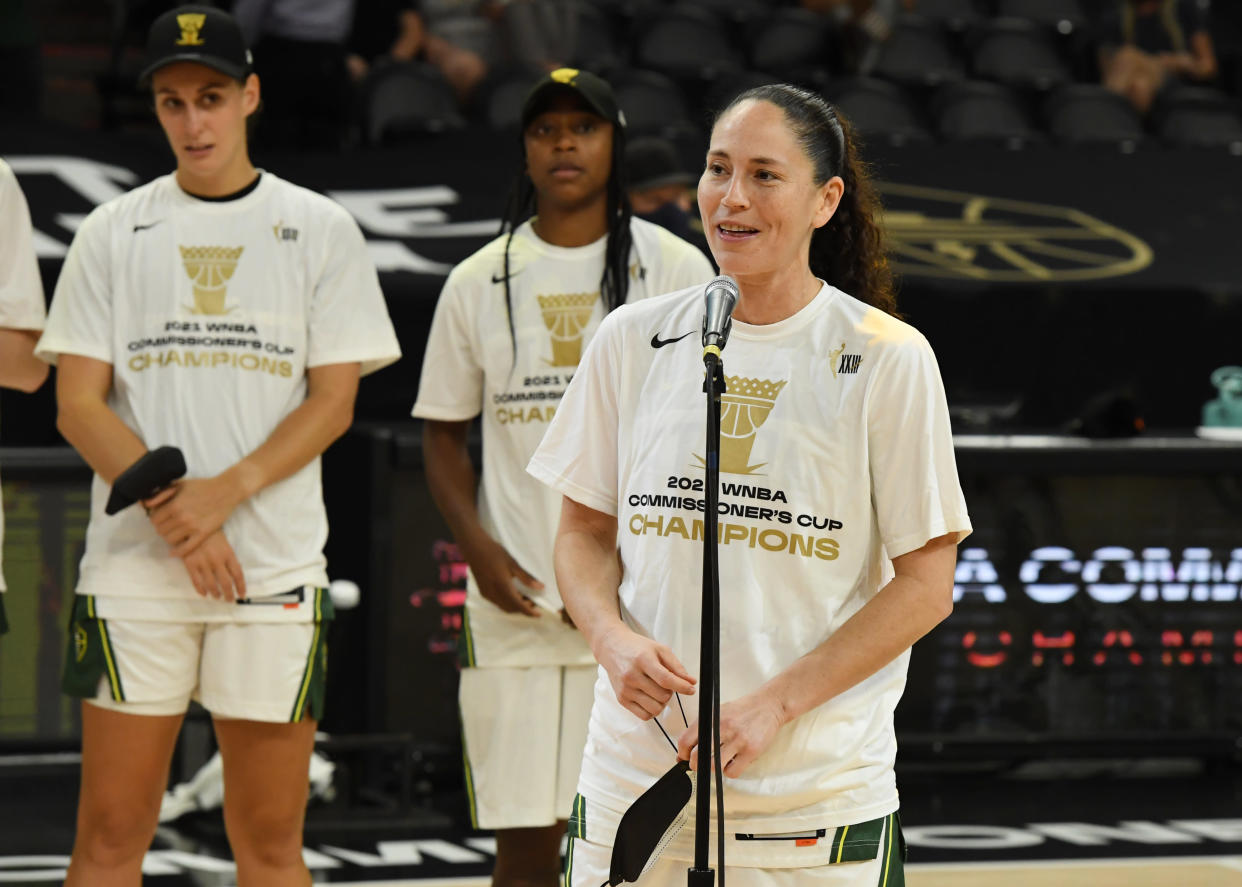 Bird announced last week she would answer the fans calls and return to the league for "one more year." It will be her 19th playing and 21st since being drafted No. 1 overall out of Connecticut in 2002. She's coming off a record fifth Olympic gold medal at the Tokyo Games and was recently named the 2021 USA Basketball Female Athlete of the Year. She led the Storm to its fourth WNBA championship in 2020, making her the only player in WNBA or NBA history to lead a team to a title in three different decades (2004, ’10,’18 and ’20).

The documentary is a rarity in women's sports, though there have been more in the past couple of years as companies meet viewer demand. Rapinoe was involved in the recent HBO Max docuseries, "LFG," on the U.S. women's national team's ongoing fight for equal pay. Bird's former Team USA teammate, Maya Moore, was the center of the ESPN "30 for 30" documentary installment on her social justice pursuits.