LONDON (Reuters) – Spoof billboards celebrating Russian President Vladimir Putin’s “contribution” to Brexit have been put up in London by a satirical group which says it wants to secure recognition for the role Russian military intelligence played in the referendum. 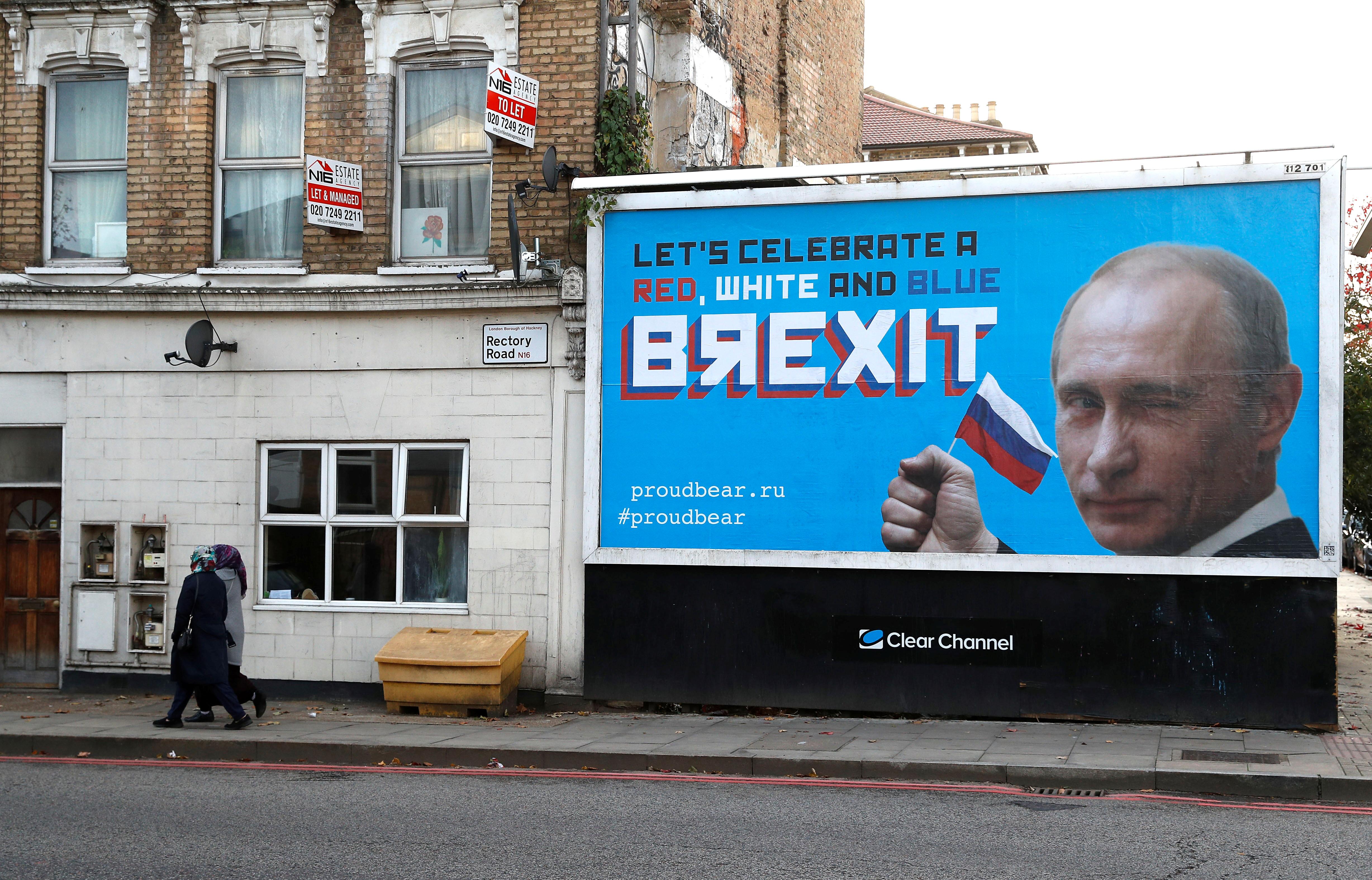 Britain has said it found no evidence that Russia interfered in the 2016 Brexit vote and Moscow has repeatedly denied even trying, though opponents of Brexit have repeatedly questioned whether the Kremlin played a role.

The posters in London showed a picture of Kremlin chief Putin winking and holding the Russian flag beside the slogan: “Lets celebrate a Red, White and Blue Brexit.” The “r” of Brexit was reversed to give it the look of a Cyrillic letter.

In a statement, the people claiming to be behind the campaign said they were a group of Russian military intelligence (GRU) officers who wanted their true role in the Brexit vote to be recognized.

“The group hopes to counter recent unwarranted negative publicity about the GRU by putting up advertisements highlighting their part in Britain’s imminent liberation from the EU,” said the group, which calls itself Proud Bear.

Britain accuses the GRU of trying to poison former Russian spy Sergei Skripal and his daughter with a nerve agent in the English city of Salisbury in March.

A video posted by the @Pr0ud_Bear group showed Putin riding a bulldog with the face of Brexit campaigner Arron Banks.

“People of tiny island – it is time to celebrate,” the video said.

It asked for funding to celebrate the GRU’s role in Brexit by hiring a digital billboard at Waterloo station and extolled the economic possibilities of post-Brexit trade with Russia including a booming trade in vodka.

When contacted by Reuters, a representative of the group said in a statement in Russian that it was concerned by the health of Russian democracy and opposed the authoritarian tendencies of Moscow.

The group expressed solidarity with Russian journalists but the representative declined to say who was behind the stunt. The Russian embassy did not immediately comment.