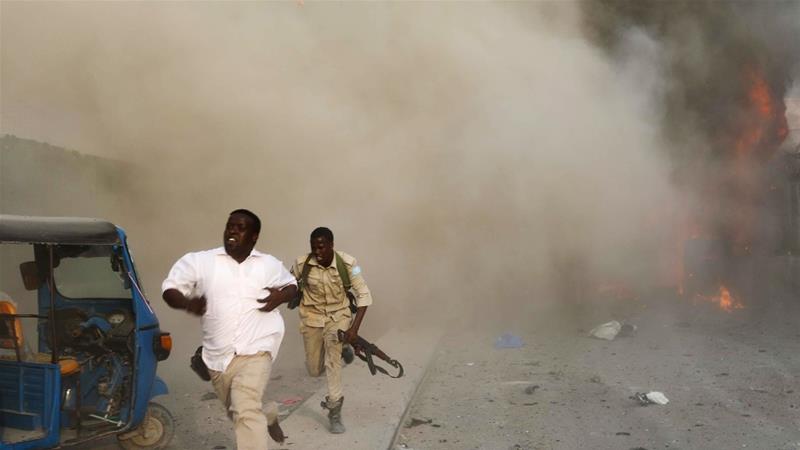 At least 10 people have been killed in explosions followed by heavy gunfire in Somalia’s capital, Mogadishu, according to police.

Plumes of smoke billowed into the air on Friday as at least two car bombs went off near the popular Sahafi Hotel and the Criminal Investigations Department (CID).

An initial “two blasts struck the perimeter of the Sahafi Hotel along the main road,” Ibrahim Mohamed, police official, was quoted as saying by AFP news agency.

“We are getting more than 10 people died, most of them civilians and some security guards,” he added

A third explosion later hit the busy street, according to witnesses.

Ali Nur, police officer, was quoted as saying by Reuters news agency that the death toll stood at 17.

Witnesses said there were many bodies in the streets. 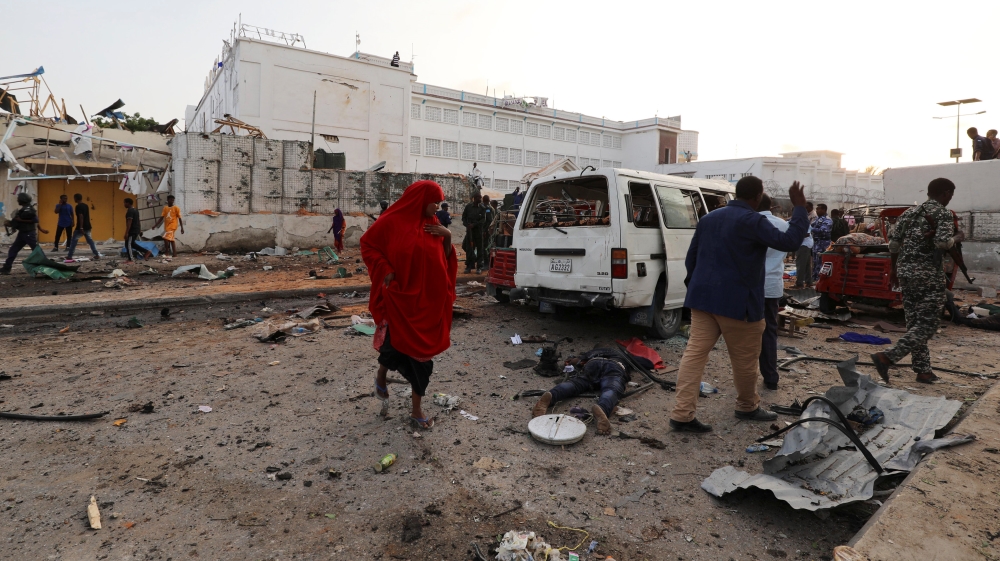