'Sicko, 25, climbed in window to sexually assault his 96-year-old neighbor'

A SICKO climbed through a window in the middle of the night to sexually assault his 96-year-old neighbor, according to police. 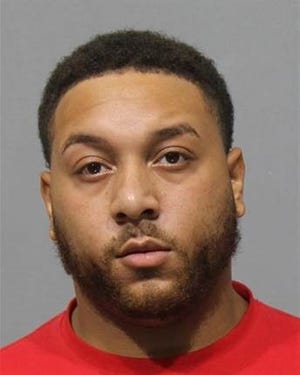 On the night of the attack, police were called to the scene at around 3.40am for a home invasion and sex assault.

Lynn, was arrested Saturday on charges of first-degree criminal sexual conduct and first-degree home invasion, according to Mlive.

Both Lynn and the victim lived in the Colonial Square Cooperative in Ann Arbor.

According to the Detroit Free Press, police said the woman was transported to a nearby hospital and was treated.

She has since been released.

Police made multiple attempts to find Lynn and conducted an unsuccessful search warrant at his home.

Lynn was later discovered approximately 18 miles away at a residence in Belleville, Michigan.

Michigan State Police and Ann Arbor police worked together to identify and locate the suspect.

Lynn's whereabouts were discovered on August 7 and he was apprehended shortly after.

He remains held without bond in the Washtenaw County Jail.