When the Edenville and Sanford Dams broke, 38-foot floods rushed near Midland County, forcing 10,000 people to be evacuated.

Satellite images show the devastating damage caused by the floods.

The Edenville Dam broke first amid days of heavy rainfall, leading excess water to near the Sanford Dam and causing that to rupture, too.

Some parts of the surrounding area were covered in 9 feet of water.

Images show the Sanford Lake turned into a river as water poured out after the dam failed.

Once grassy areas are now covered in murky brown water, as lakes turned into rivers.

W Curtis road in Midland, Michigan is now totally wiped out, after waters held back by the Edenville Dam flowed freely when the structure burst.

Before and after satellite images show once grassy areas turned brown, as homes, roads, and schools were surrounded by water.

Both the Tittabawassee and Rifle River near Sterling reached major flood stages by Tuesday afternoon before they failed, according to AccuWeather.

The National Weather Service issued a flash flood warning for areas along the Tittabawassee River on Tuesday evening as the Edenville Dam burst.

Around 10,000 residents evacuated on Tuesday night amid flooding fears. 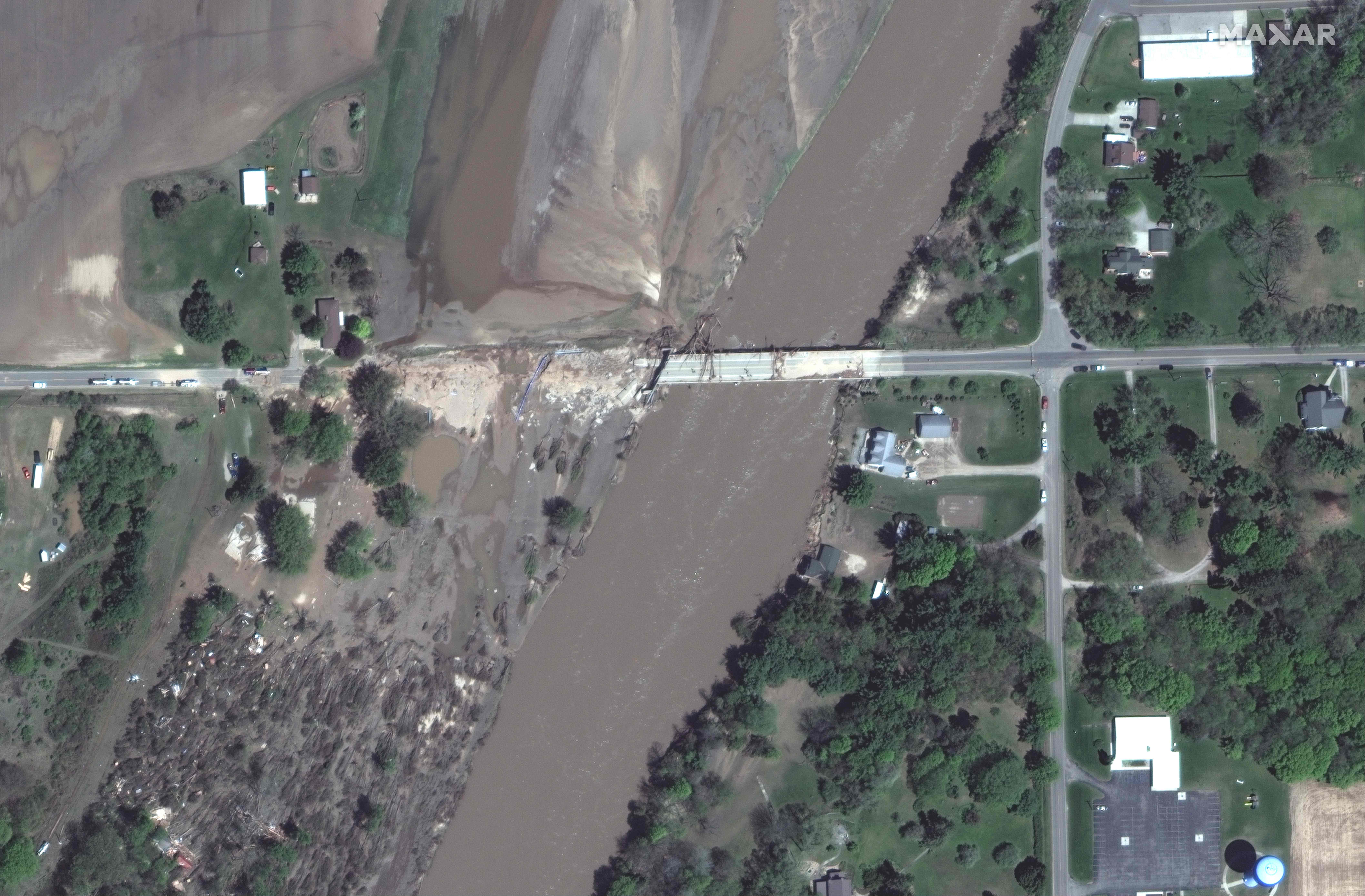 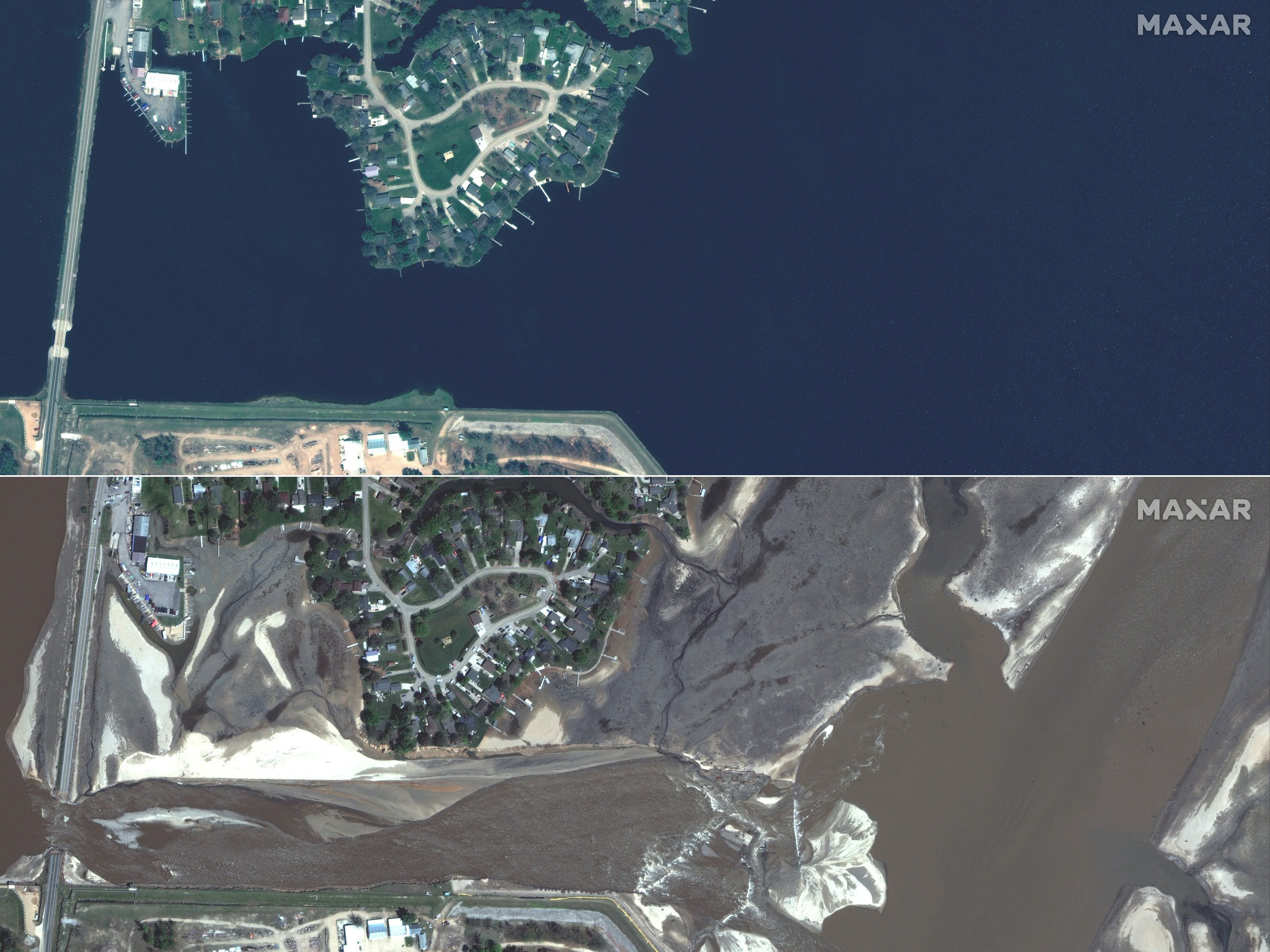 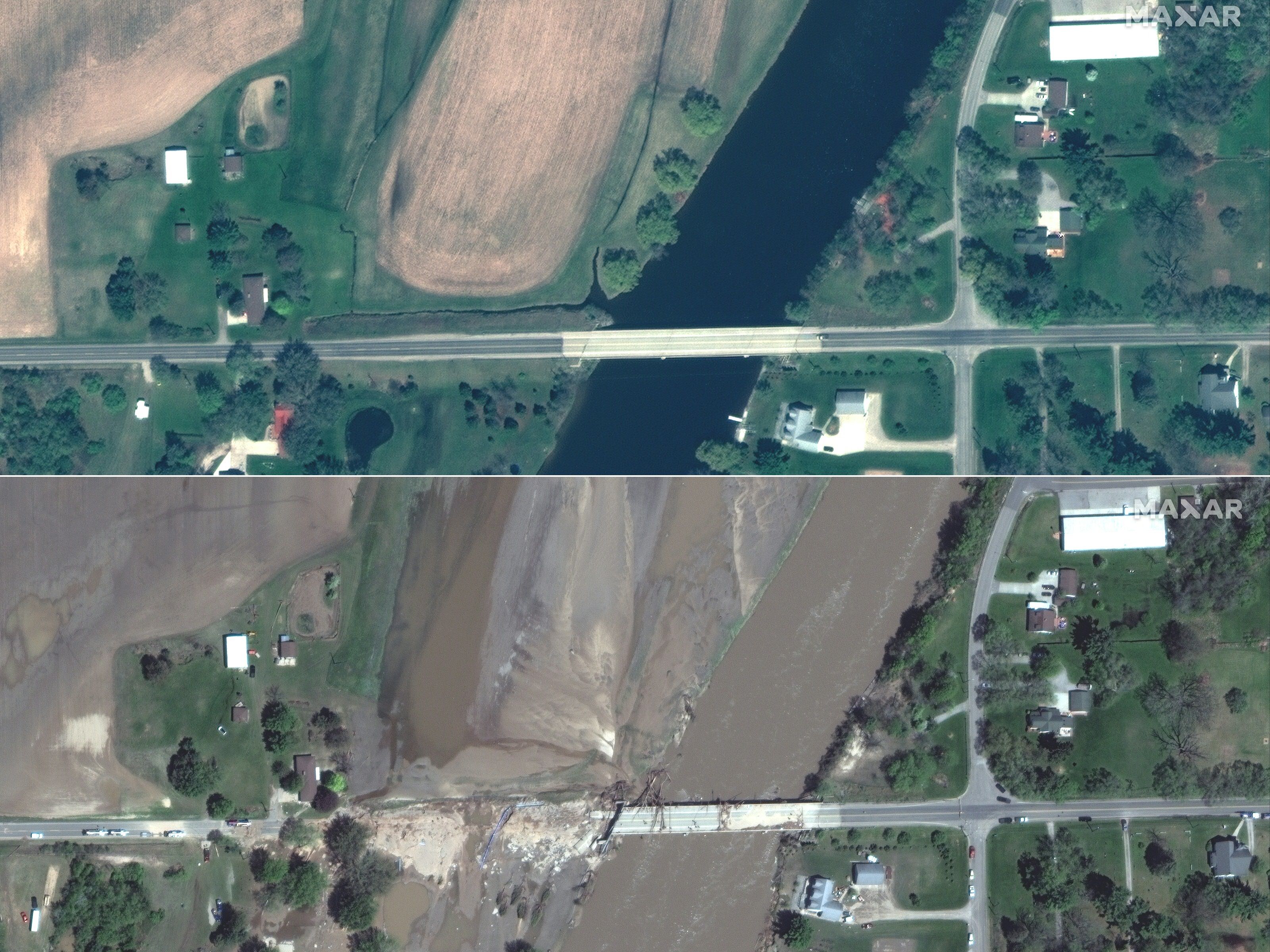 Following the devastating failure of the two dams, Michigan Gov. Gretchen Whitmer announced on Twitter she was declaring an emergency.

“This is unlike anything we’ve seen in Midland County," she said

”If you have a family member or loved one who lives in another part of the state, go there now."

Whitmer told President Donald Trump the damage caused by the floods could be in the hundreds of millions of dollars as she begged for emergency federal funding.

As the dams failed, it emerged that Boyce Hydro – the company that owns the two dams – had its operating license for the Edenville Dam revoked in 2018. 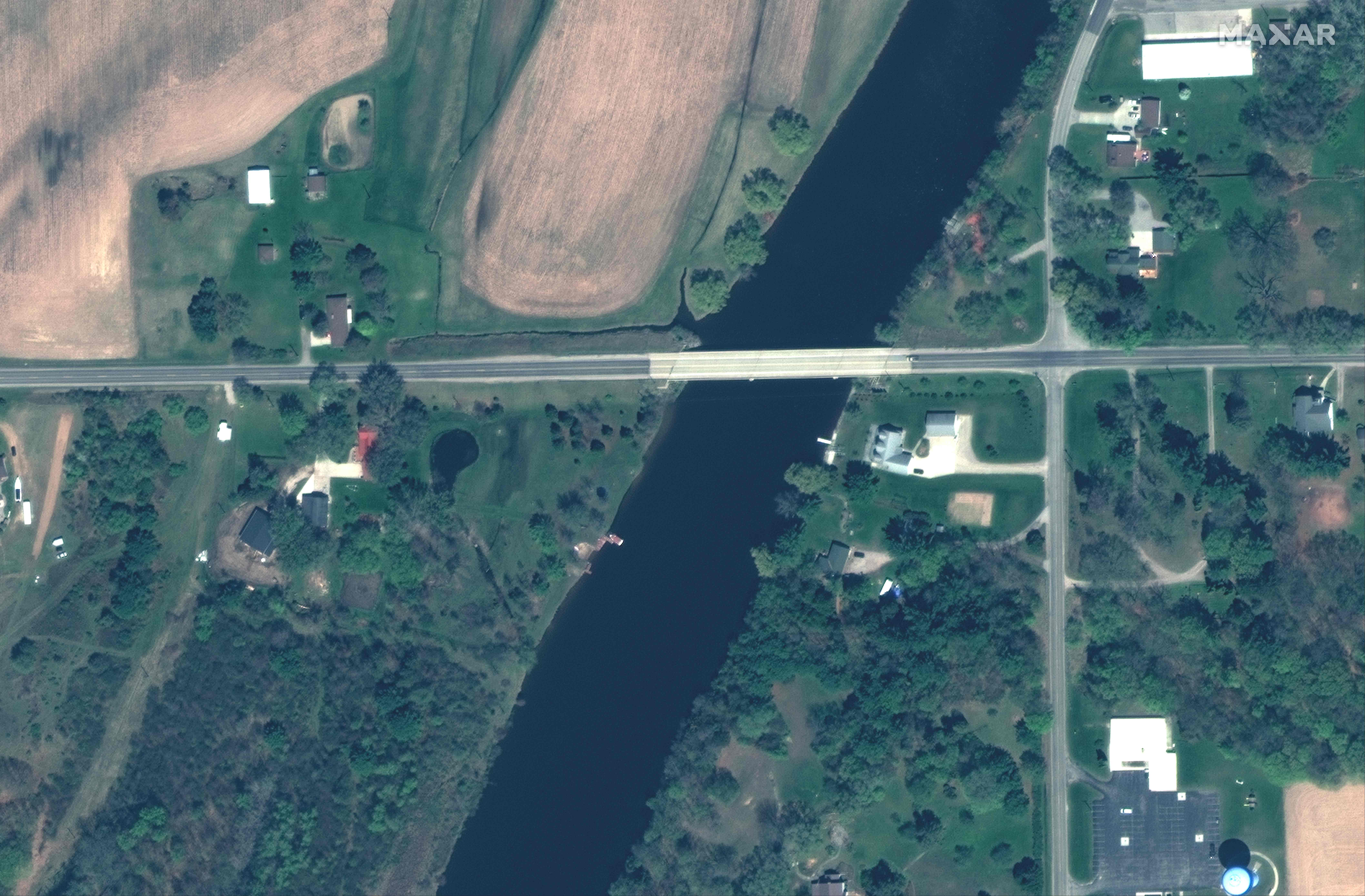 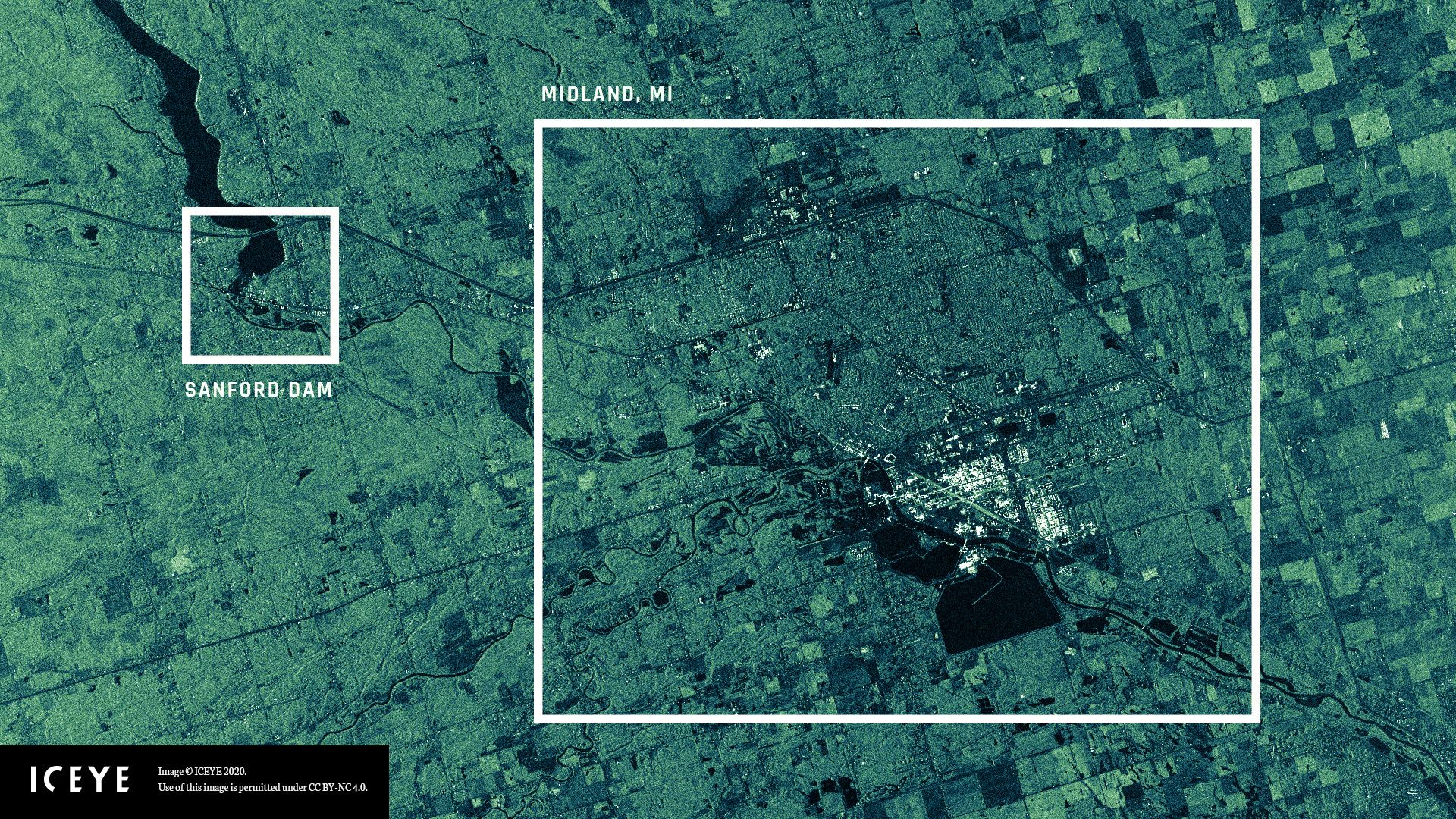 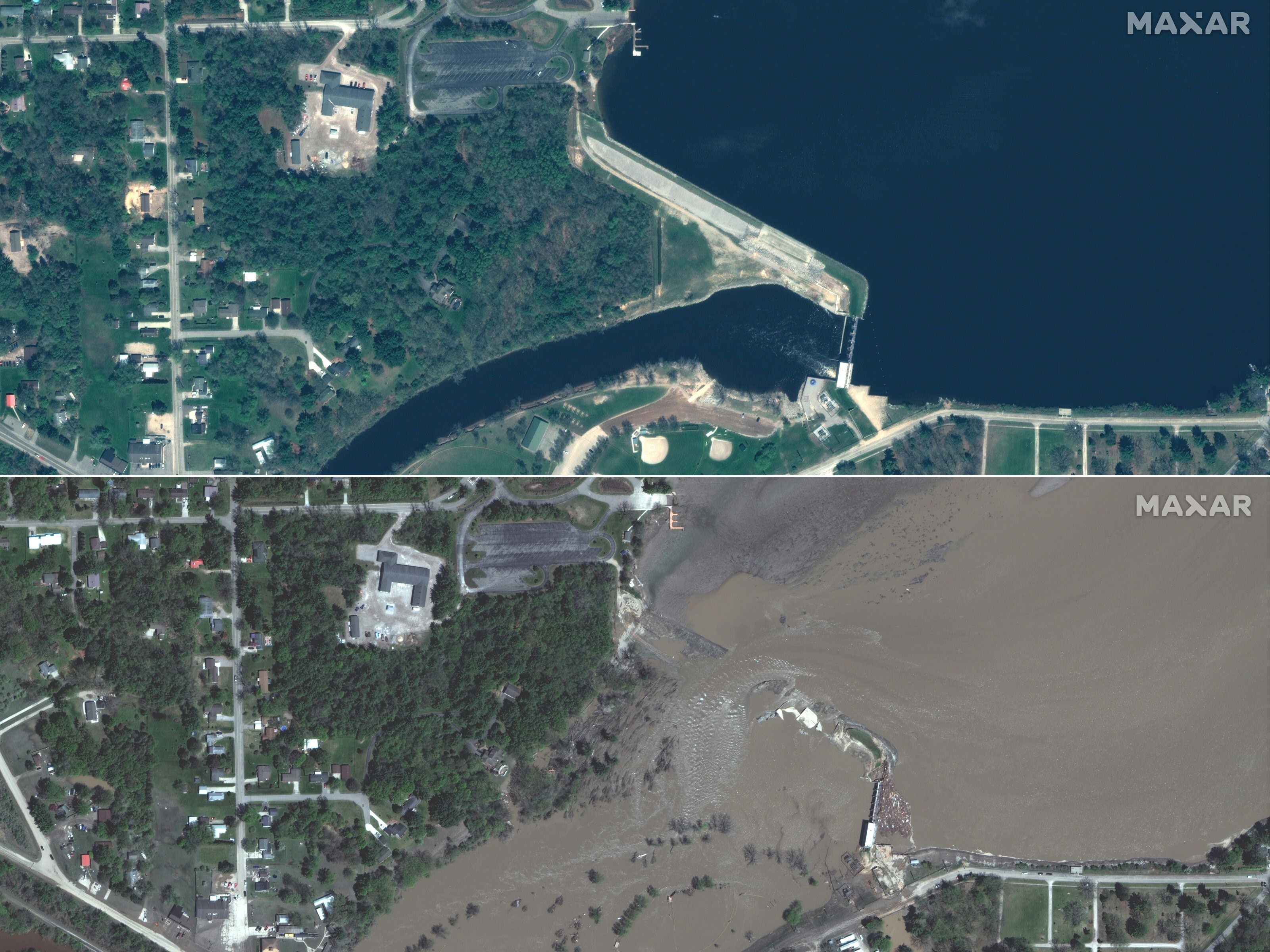 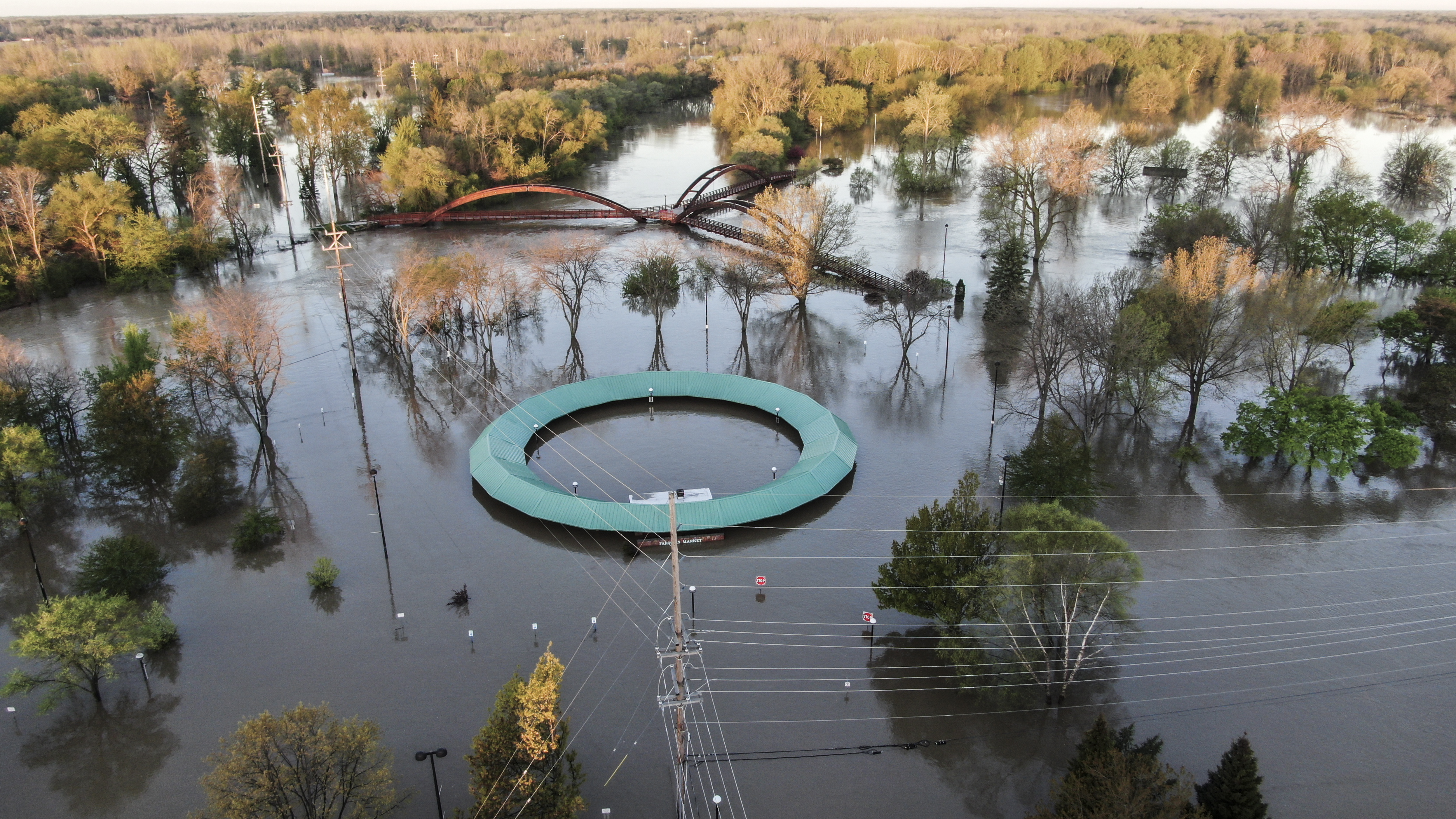 The owners of the busted dam allegedly did not address safety concerns for years before it burst under the strain of heavy rainfall.

In an order from the US Federal Energy Regulatory Commission (FERC) dated September 10, 2018, the FERC cited a wave of "non-compliance issues" over the 14-year-period the company owned the dam.

FERC cited "longstanding failure to increase the project’s spillway capacity to safely pass flood flows" among other compliance issues in the license revokal.

After the company's license was revoked in 2018, The Michigan Department of Environment, Great Lakes, and Energy (EGLE) assumed authority of Edenville Dam, MLive reported.

Upgrades and maintenance of the dams were planned as the deal was expected to close in the next few months.

Boyce declined to comment on the FERC claims amid the dams failing, but sent a statement to The Sun expressing sympathy for those affected by the floods. 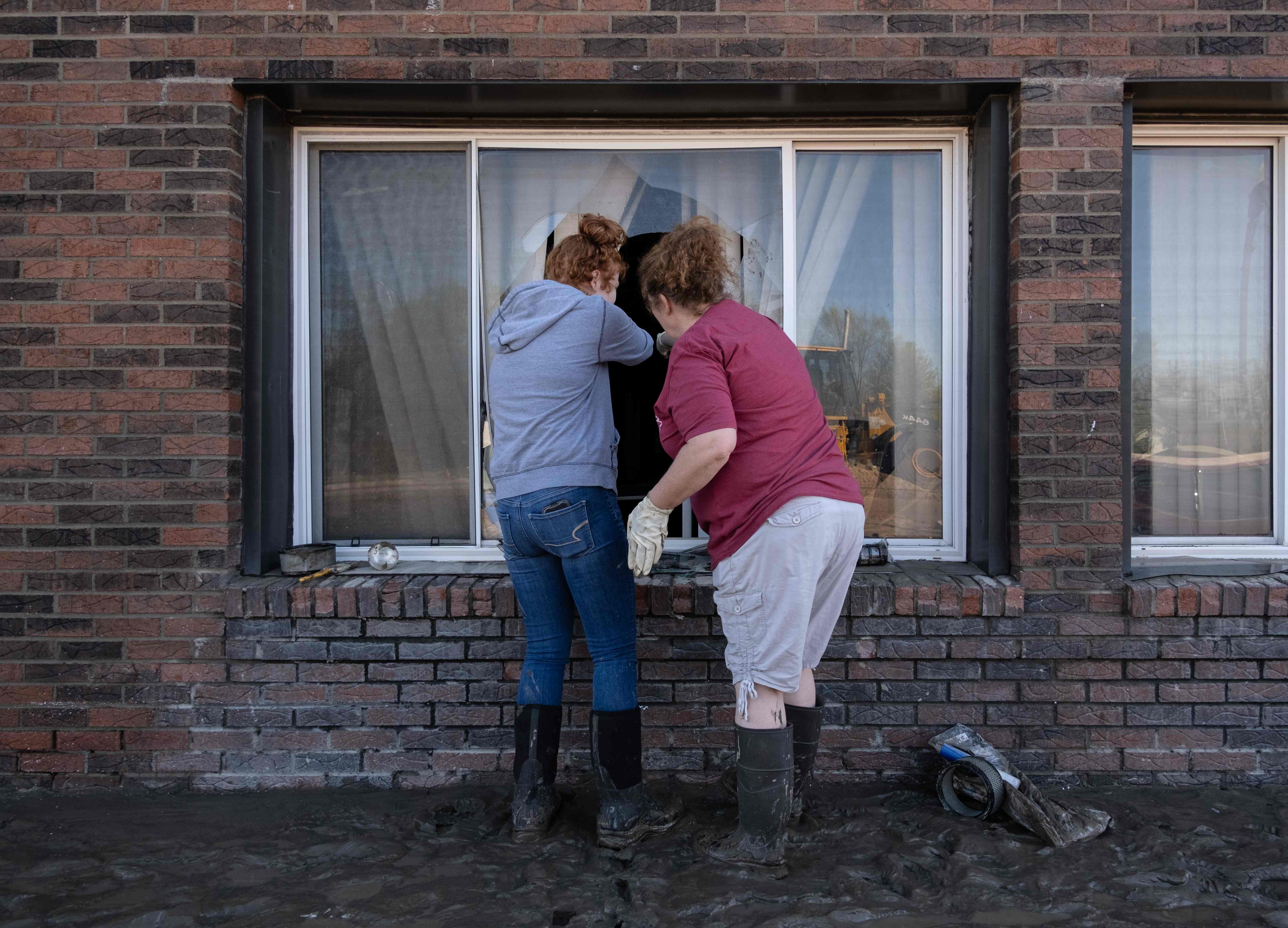 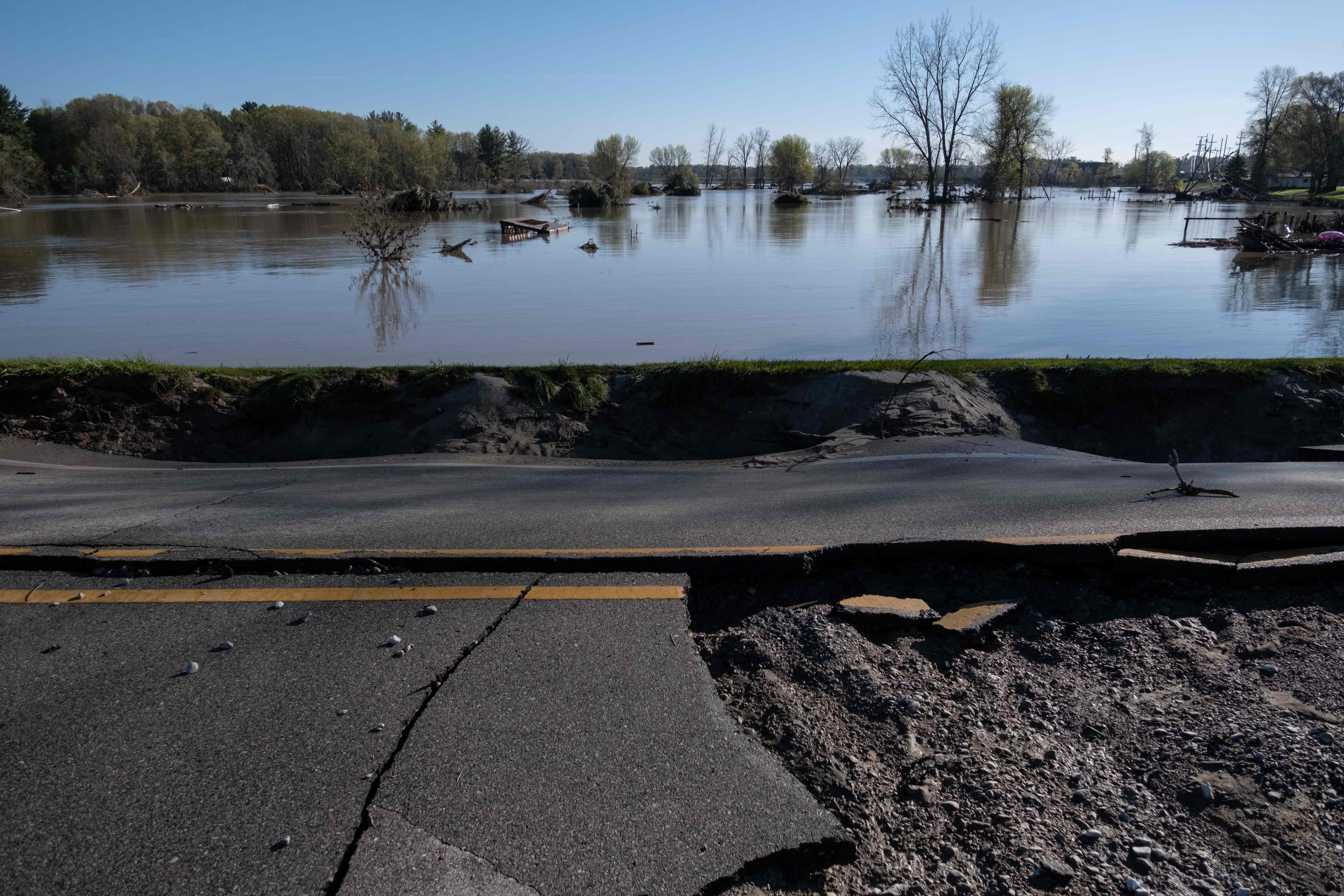 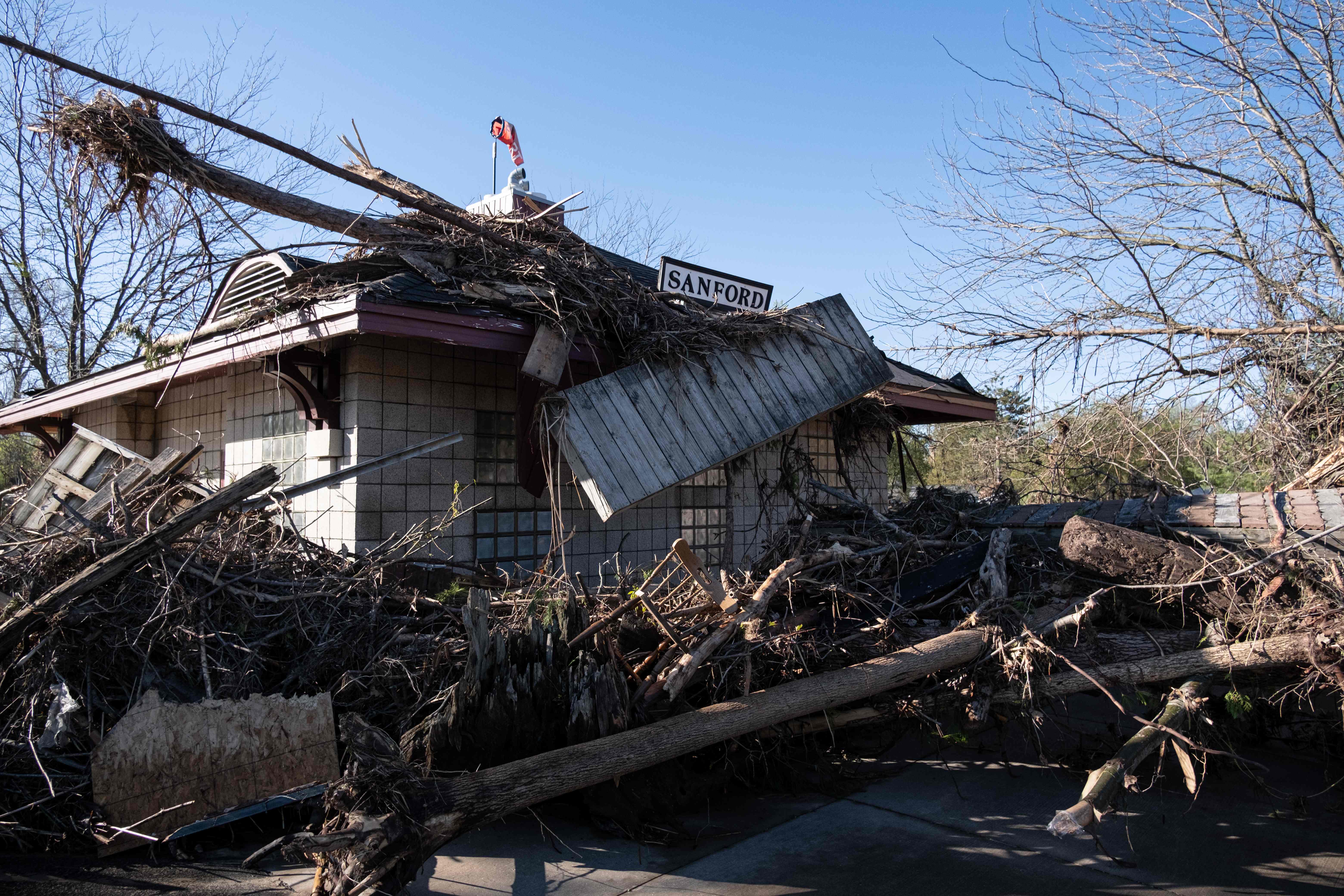 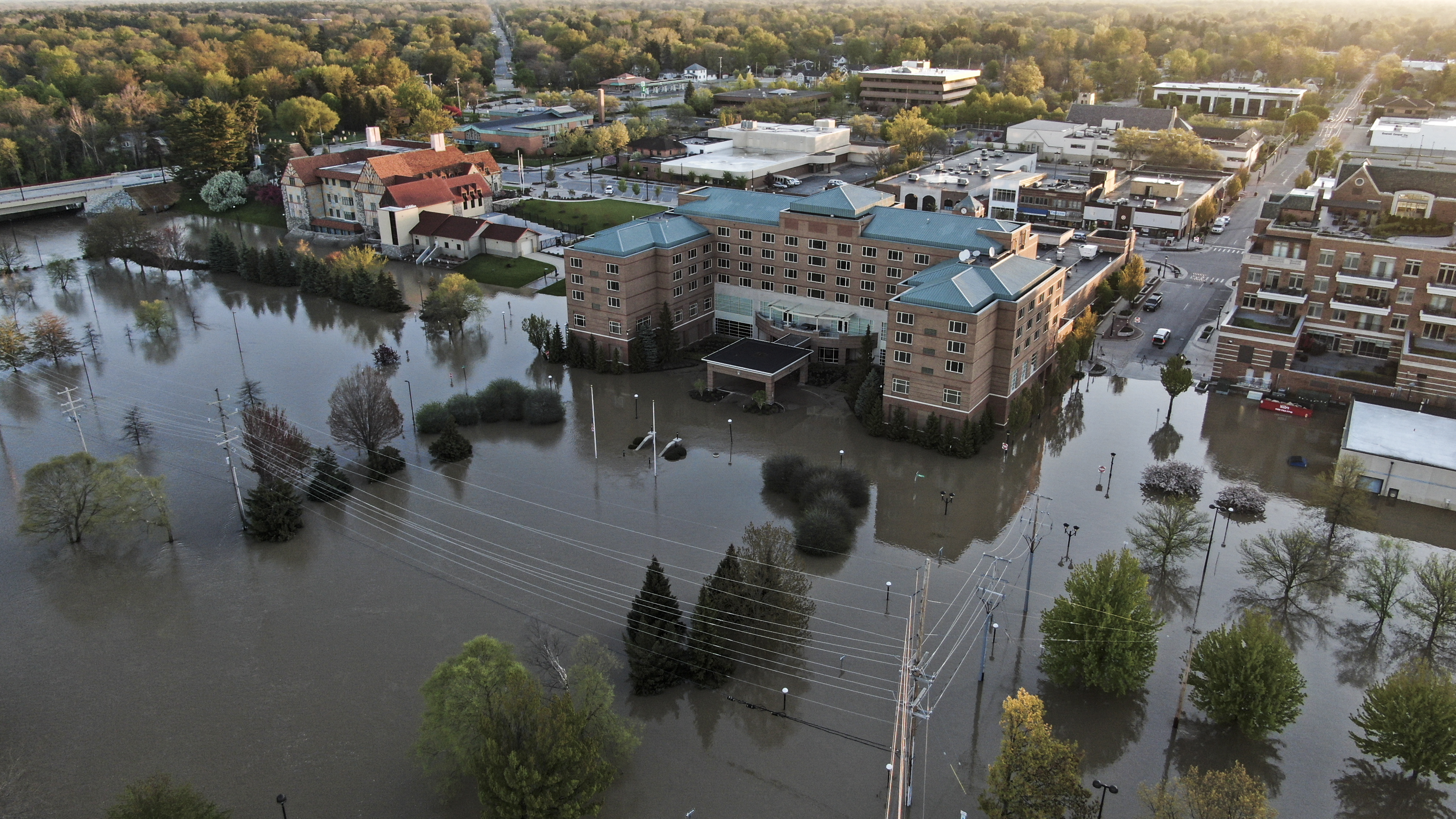 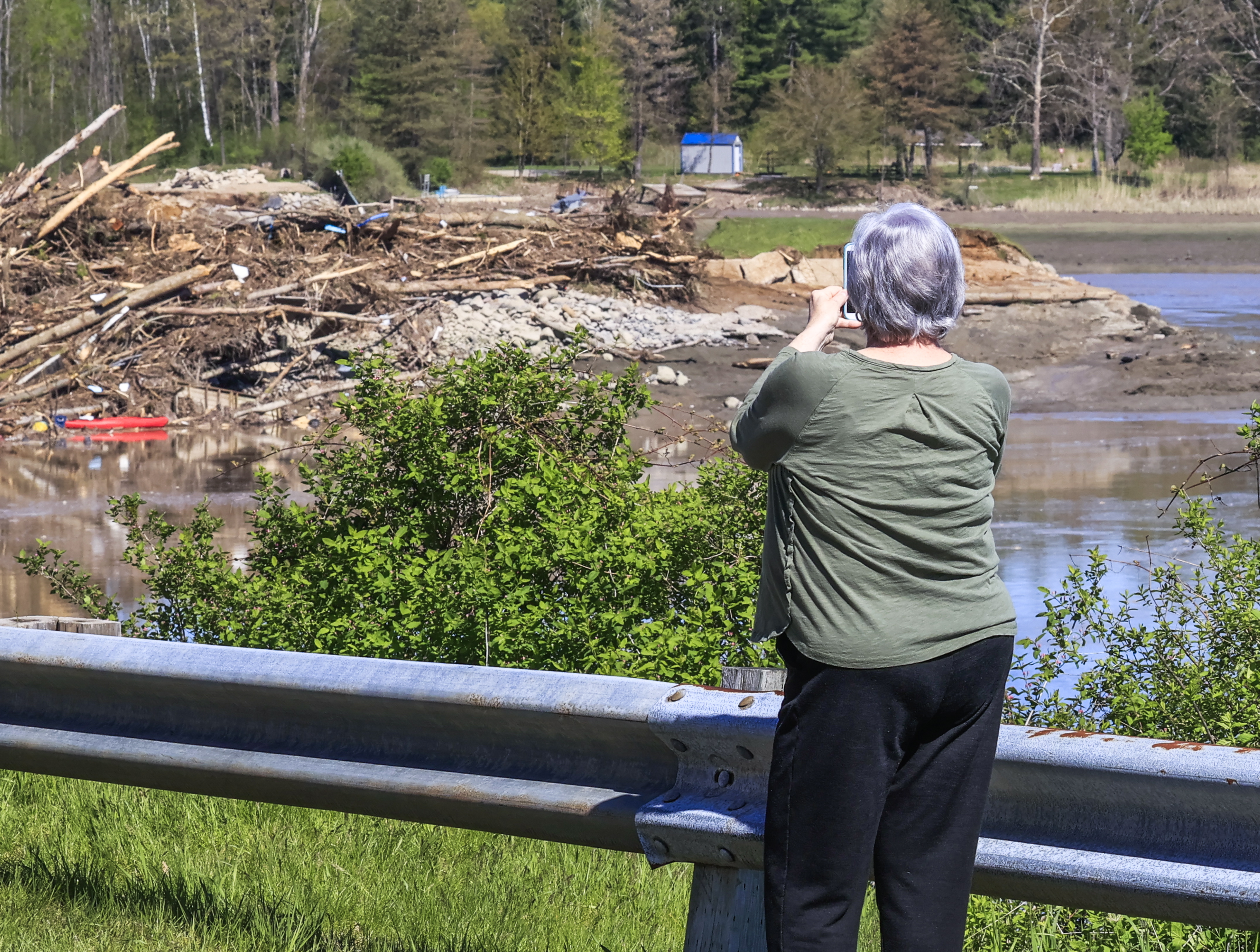 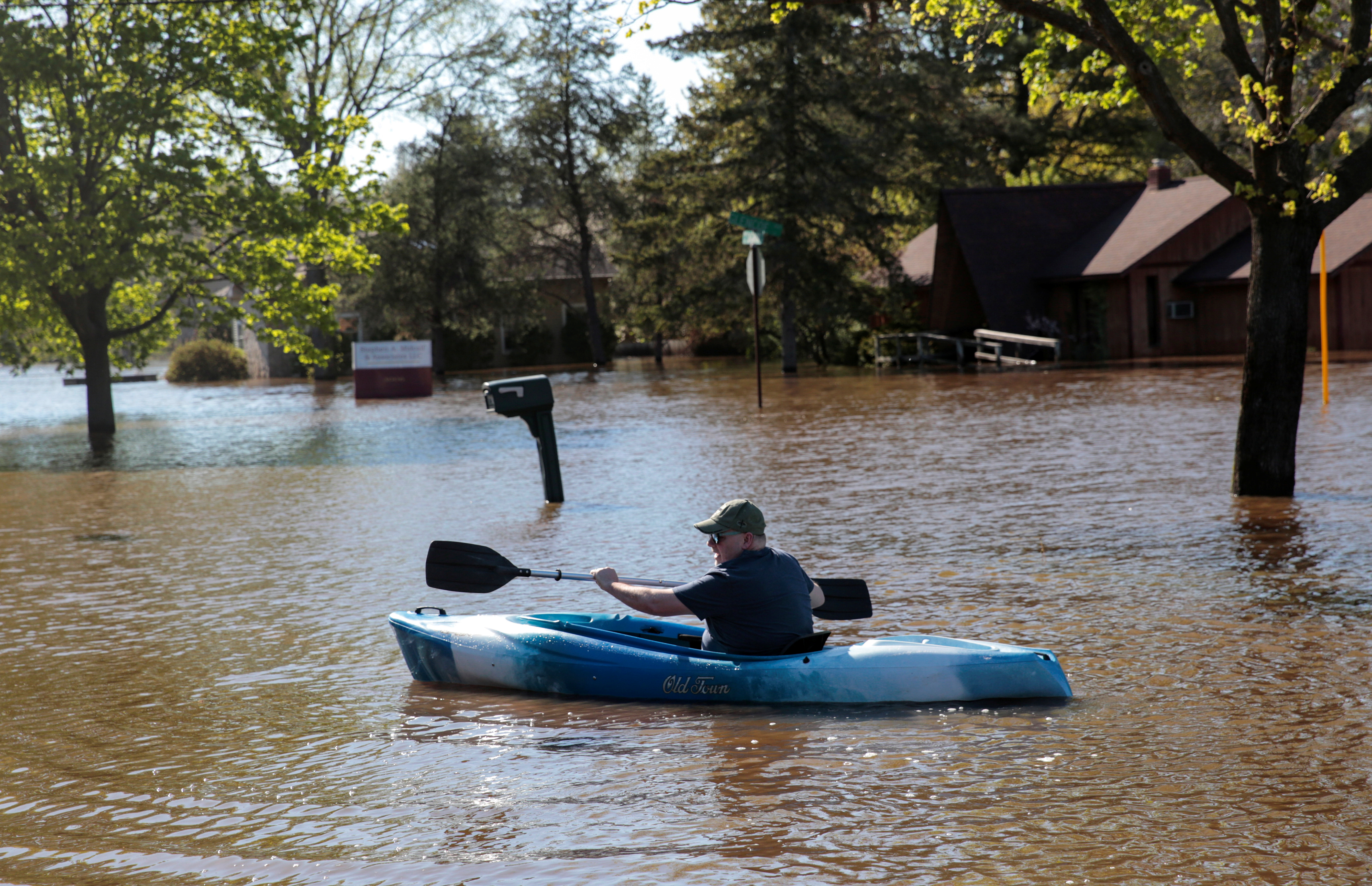 The company added that they had tried to act before the floods – but the rain was too heavy.

"Despite their round-the-clock efforts, the massive volume of rainfall in the drainage basins of the Tobacco and Tittabawassee rivers, over an extended period of time, resulted in increasing water levels in the Wixom reservoir, to two feet below the dam crest," Boyce said in a statement to The Sun.