In a statement, Hamas’ armed wing, the Qassam Brigades, said Israeli undercover forces in a civilian vehicle infiltrated two miles into Gaza and shot dead one of its commanders – Nour Baraka.

It said militants discovered the car and chased it down, prompting Israeli airstrikes that killed “a number of people”.

The Israeli military reported an “exchange of fire” had taken place during operational activity in Gaza and said that one officer was killed and a second was wounded.

It added that the operation was now over. 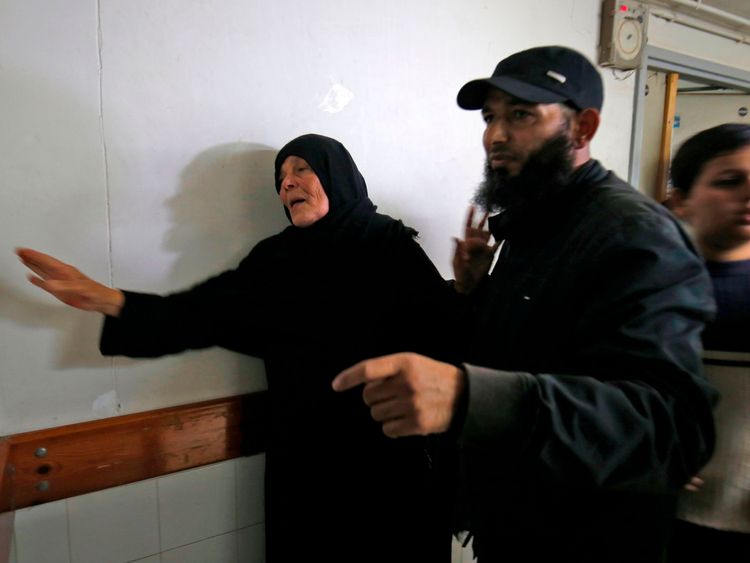 The Palestinian Health Ministry said seven people, including at least five militants, were killed and seven others were wounded.

In Israel, the military said it had intercepted two rockets fired from Gaza.

The Israeli prime minister, who was on an official visit to France, announced he was rushing back to Israel to deal with the crisis.

The sudden, late-night burst of violence comes as Israel and Hamas had appeared to be making progress towards minimising months of border violence.

It is not yet clear what set off the clashes east of Khan Younis in the south of the territory, but it is understood they are ongoing.

Hamas has been leading protests since 30 March in a bid to ease an Israeli-Egyptian blockade imposed in 2007 in order to weaken the militant group.

The blockade has led to over 50% unemployment, power outages, and prevents many Gazans from being able to leave the tiny territory.

Israel says it is defending its border, but its army has come under international criticism because of the large number of unarmed protesters who have been shot.