THIS is the moment a serpent-handling preacher is bitten by a poisonous rattlesnake and almost dies in front of his congregation.

Pastor Chris Wolford was preaching at his church in West Virginia when he was bitten – and can be seen falling to the ground in these exclusive pictures he shared with Sun Online. 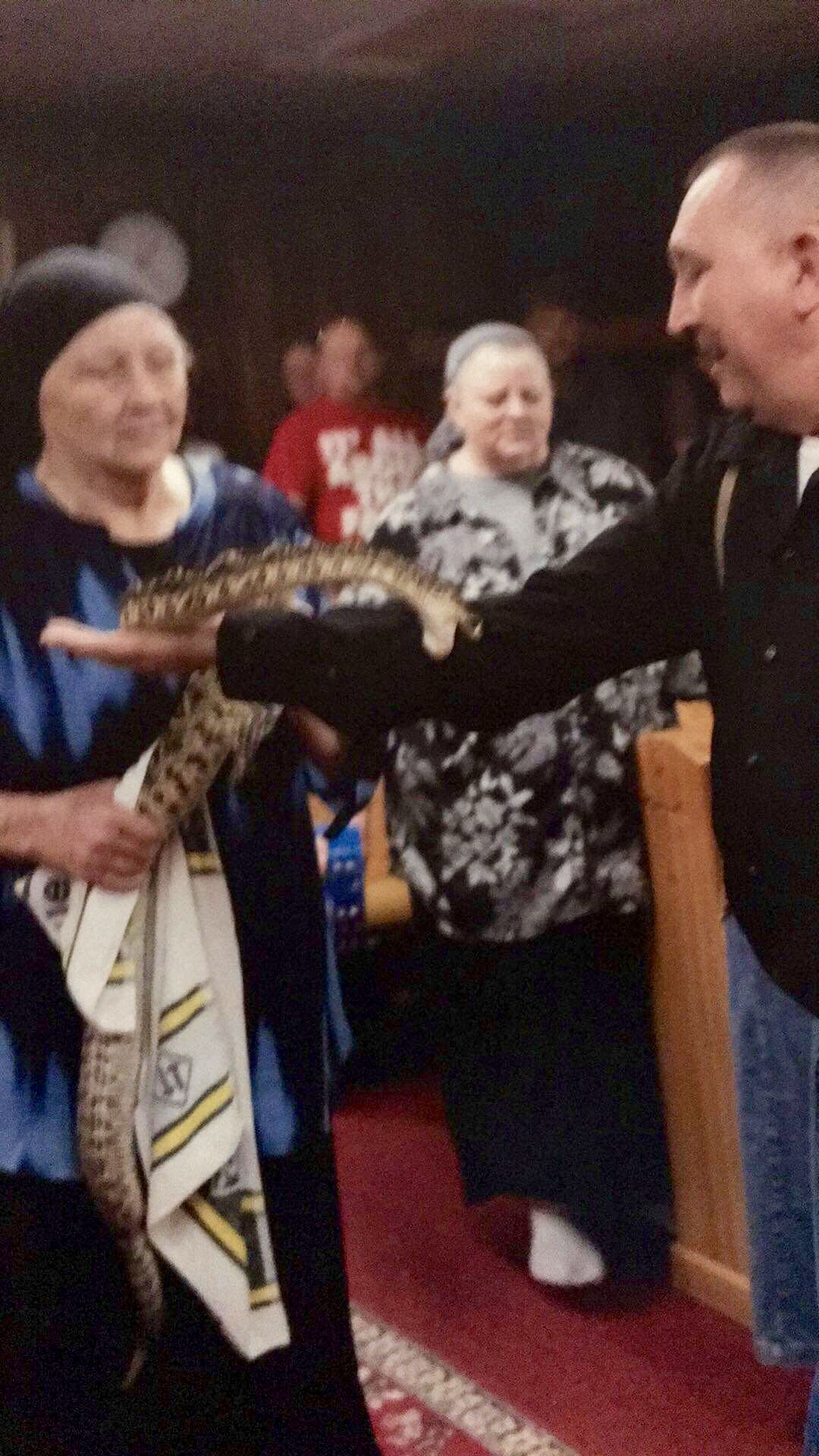 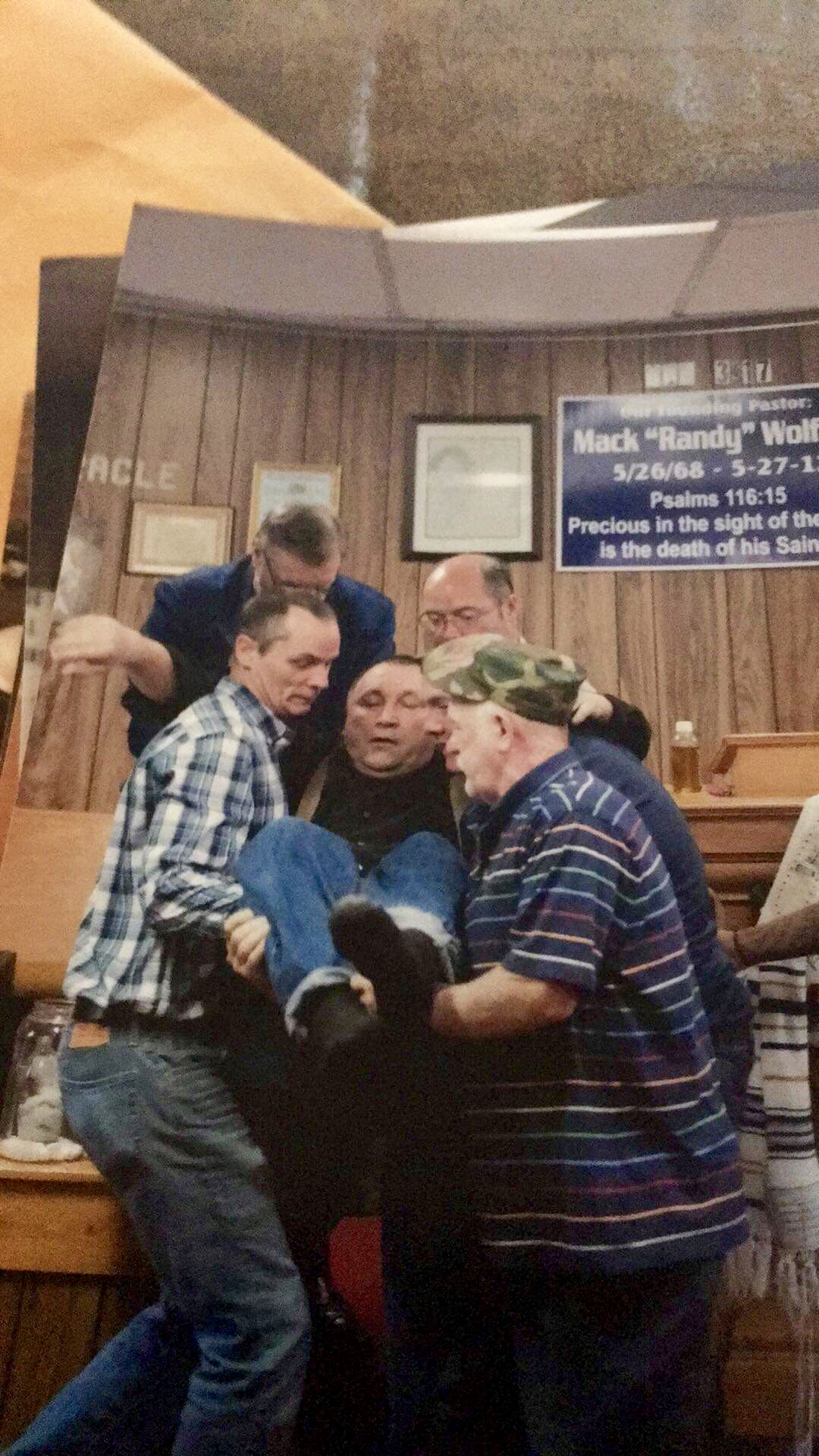 Within 30 minutes, the preacher became paralysed, his lips and tongue began to swell and he started to struggle to breathe.

He tried to avoid hospital – as he believes his life should be in God's hands – but was rushed to the ER by concerned followers after he fell unconscious.

At hospital, his kidneys stopped working as his body struggled to cope with the snake's venom coursing round his veins – and he begged doctors to amputate his arm he was in so much pain.

His arm was so severely damaged by the swelling they had to slice the skin from hand to elbow, he remained on life support for 13 days and he has had to undergo 10 surgeries to try and repair the damage.

But shockingly Chris, who lost both his dad and brother to snakebites, refuses to lose his belief in God or the Pentecostal "Signs" religion he follows – saying the terrifying incident has "strengthened" his faith. 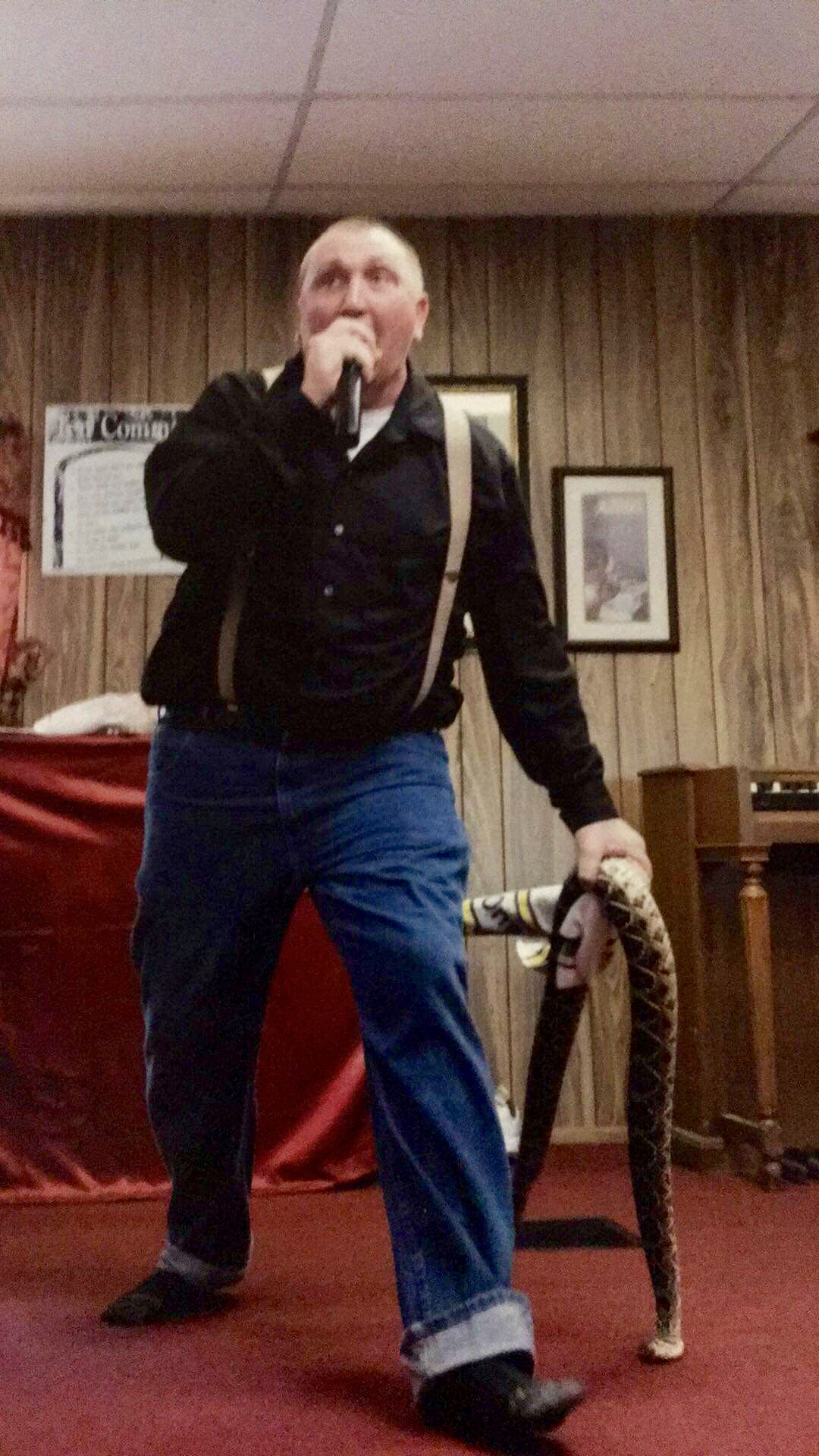 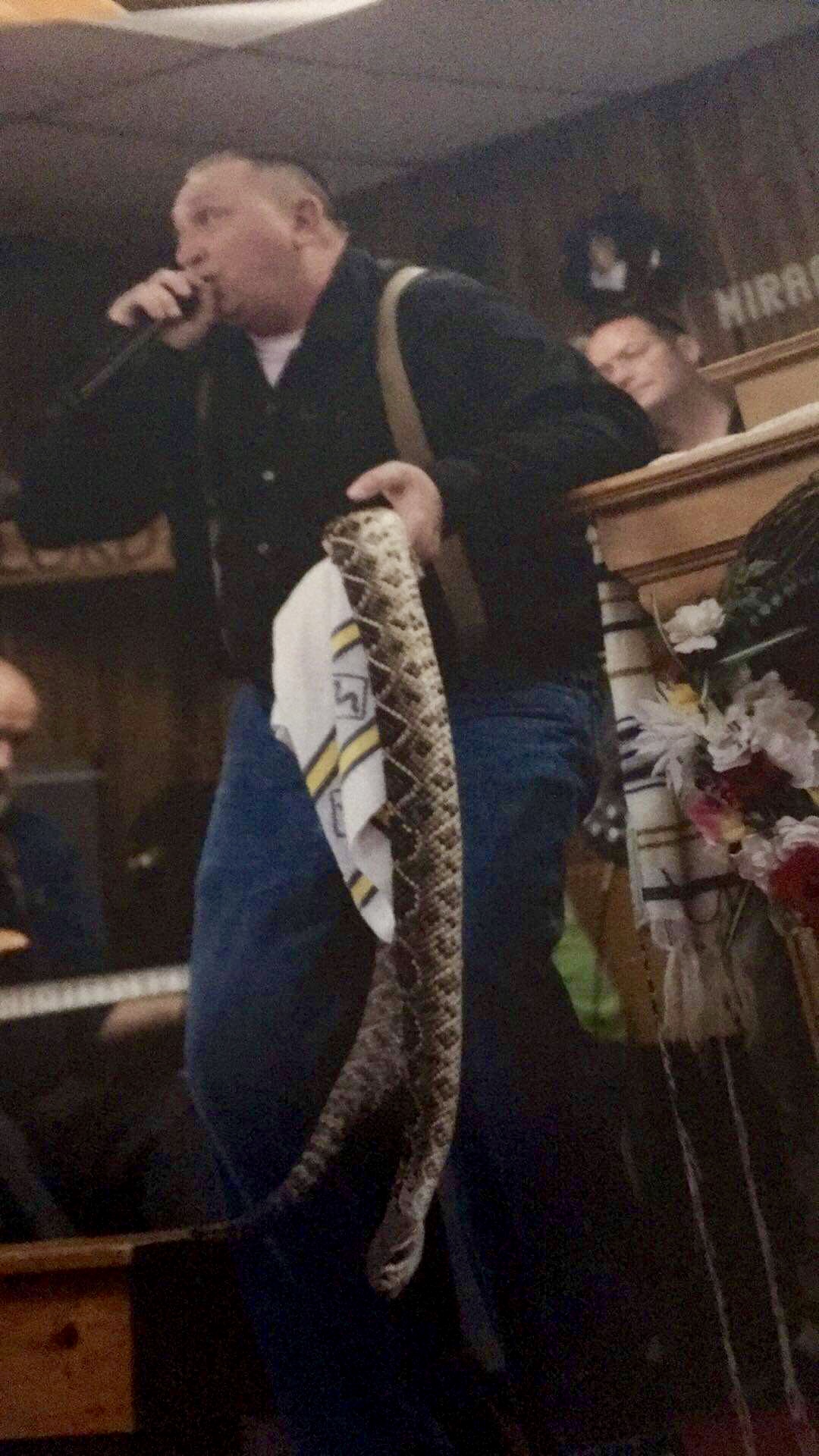 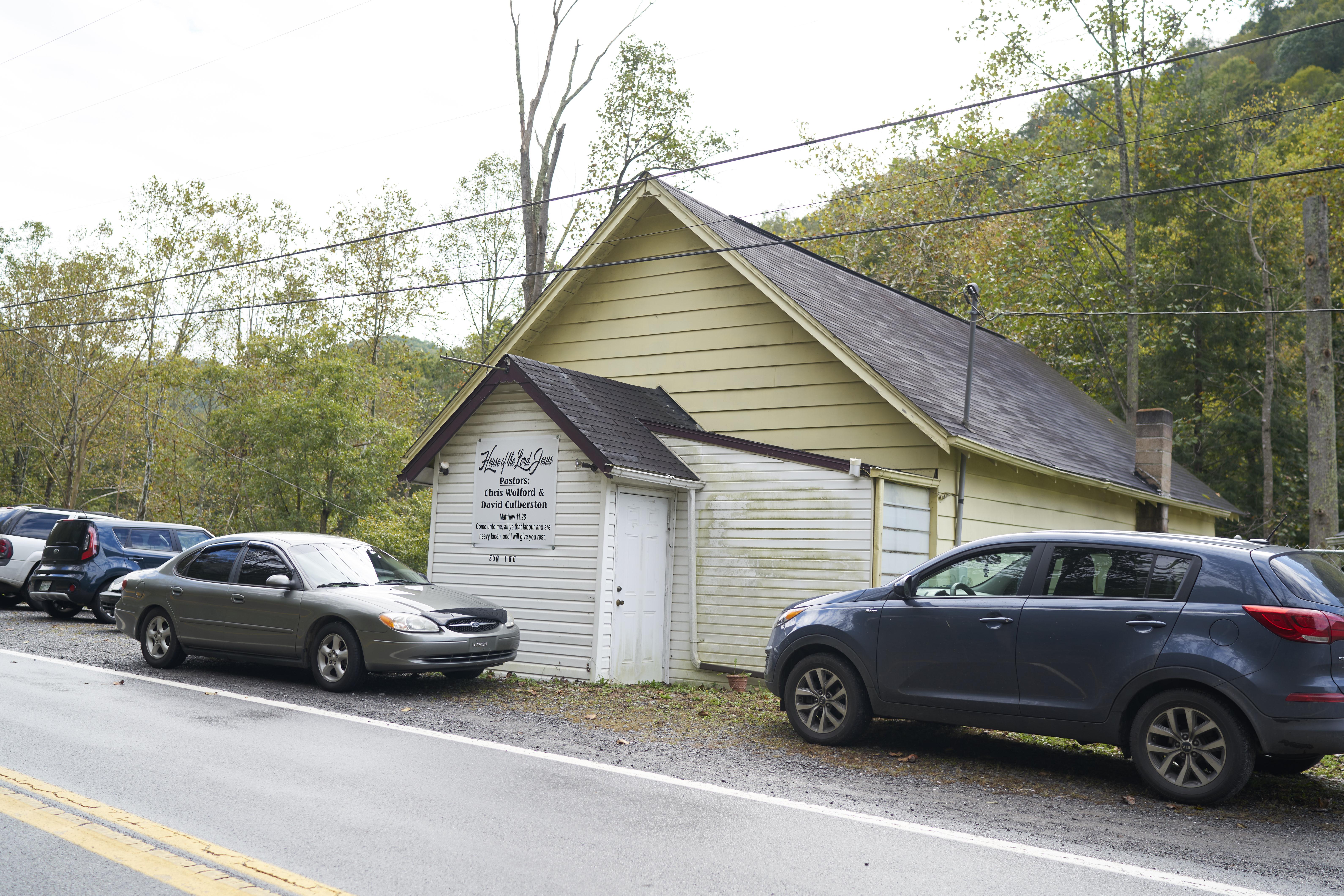 Chris, who is still recovering from the bite which took place earlier this summer, told The Sun Online: "When I got bitten I told the church that this bite was serious that it wasn't like a Copperhead bite and that I was going to need some praying and true believing in the Lord and his healing power…

"I couldn't walk, I couldn't move and my lips and tongue felt like they where two inches thick.

"I began to feel deathly sick and then it begin to work on my lungs it felt like I was breathing through a coffee straw and I couldn't hold my eyes open.

"When I fell unconscious they took me to the hospital but I still give God the glory because as bad as I was – I could have died before I got to the hospital and I didn't. 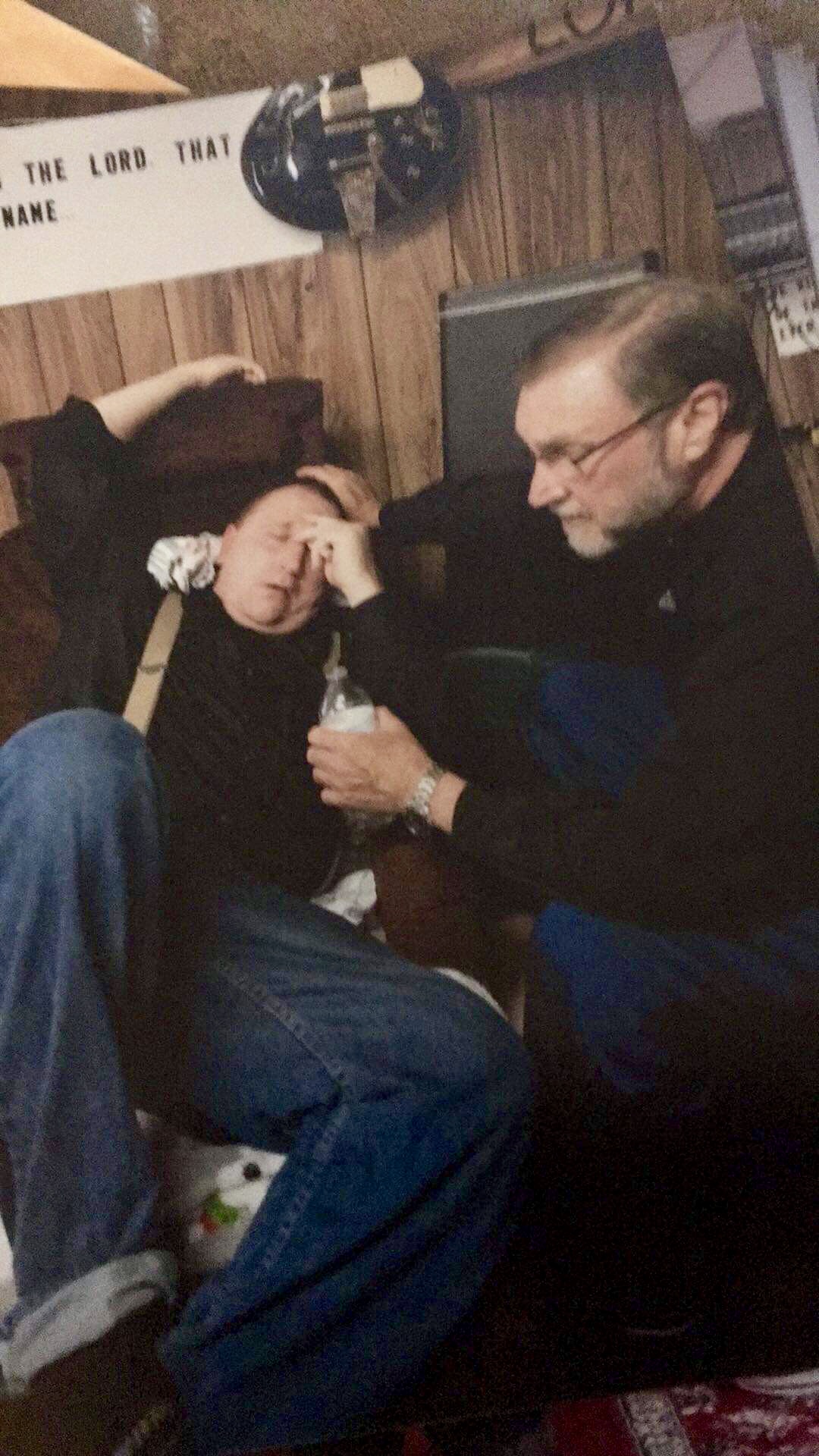 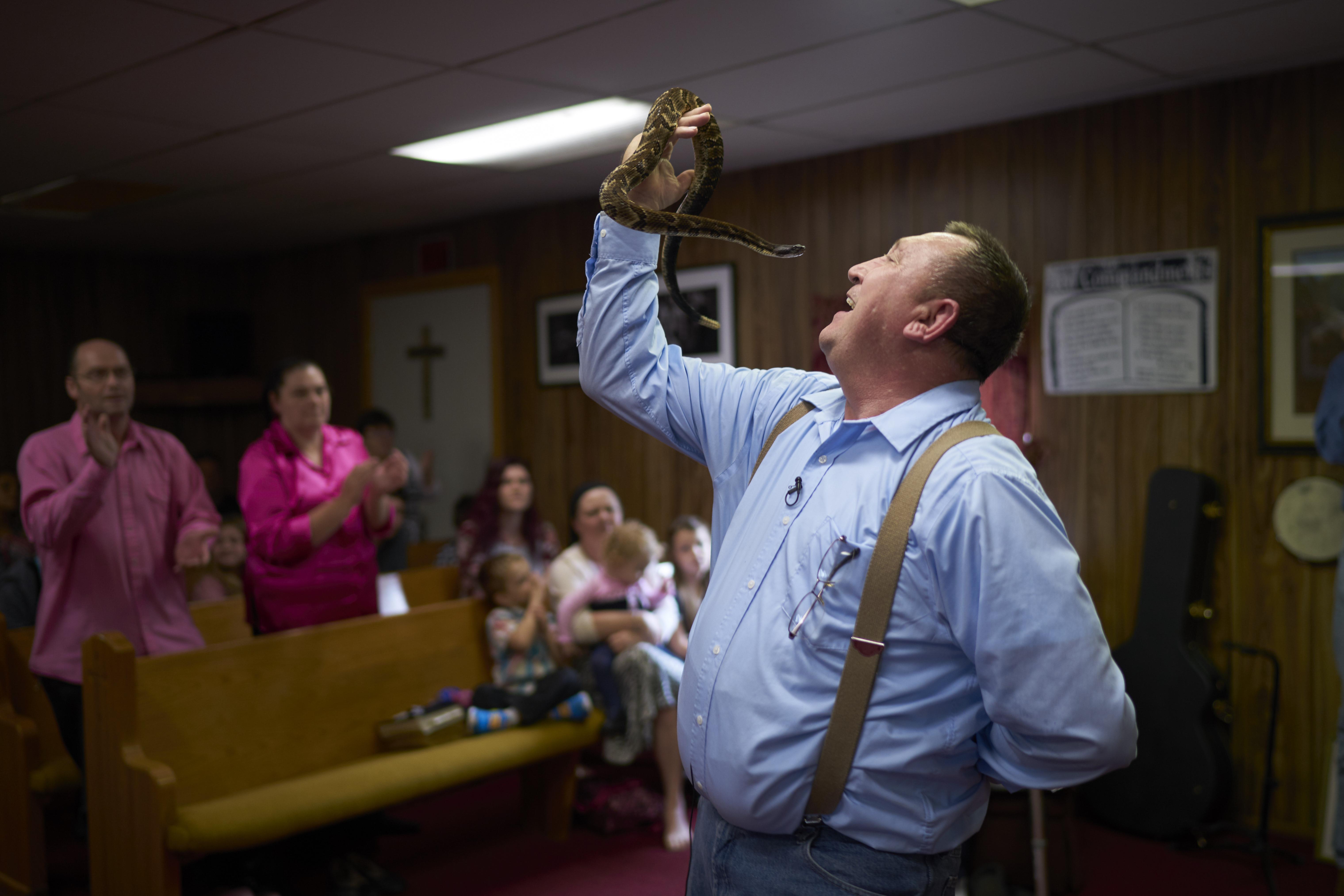 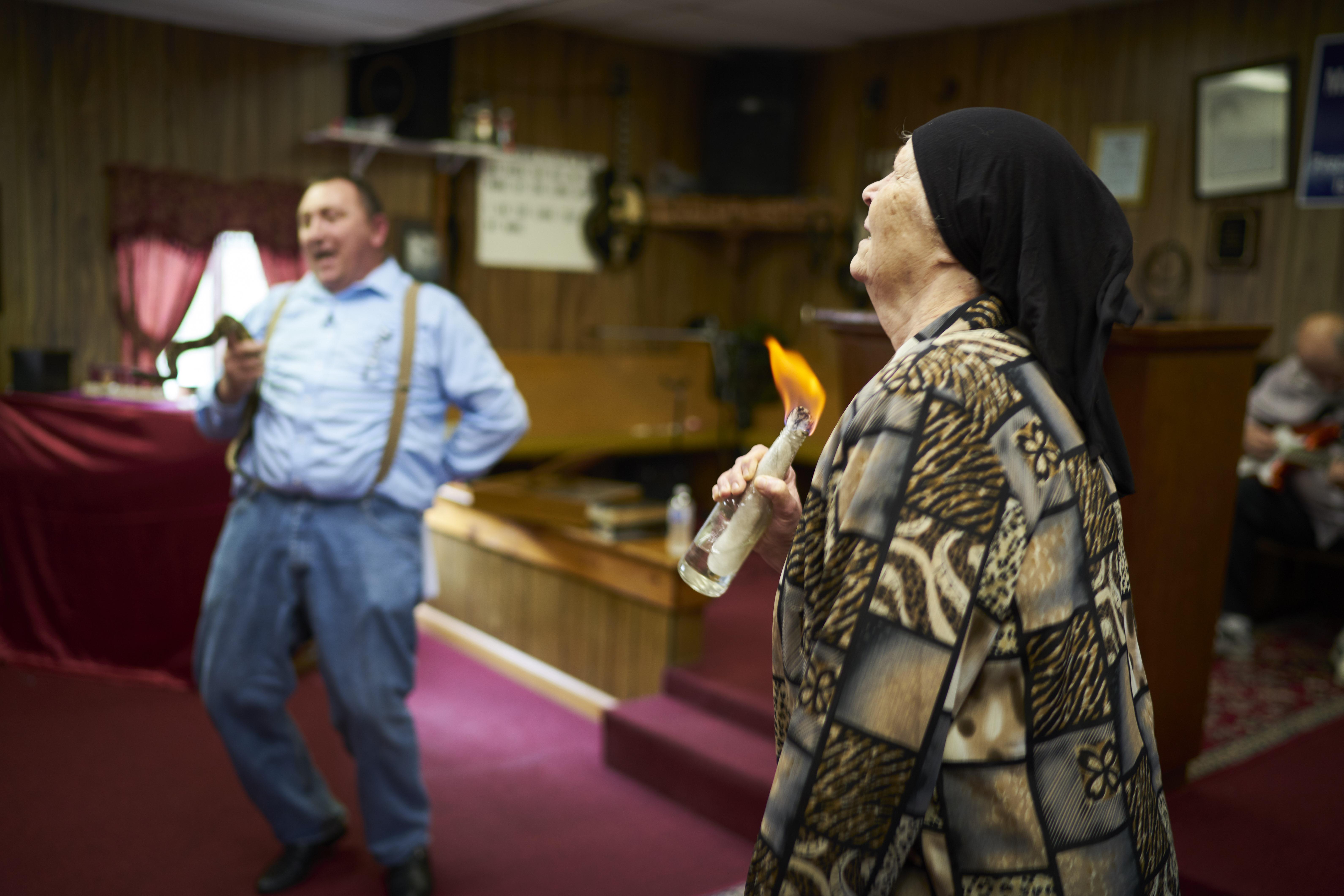 "It took about 40 minutes to get to the hospital once it was decided to take me – and that was about an hour after I was bitten – so all together it took at least a hour and half to get to hospital and probably another two hours before they could start any treatment.

"They worked and worked to get a IV in me but they couldn't find a vein they said my veins had collapsed due to the poison.

"They started to go in the bone in my leg and that didn't work and that was very painful and finally they ran one in my neck straight into the heart."

Chris's kidneys stopped working and doctors wanted to start dialysis – but Chris left it as long as possible as he prayed for a miracle recovery.

Finally just as doctors began to start the dialysis his kidneys started to work again.

Chris's arm was so swollen they had to slice the skin on his arm – from his hand to his elbow – and he was in so much pain he begged doctors to cut his arm off.

"They cut my arm from the middle of my palm of my hand up to the elbow because it had swelled so big that they were afraid that my muscles and nerves would begin to die – so they opened it to let the pressure off. 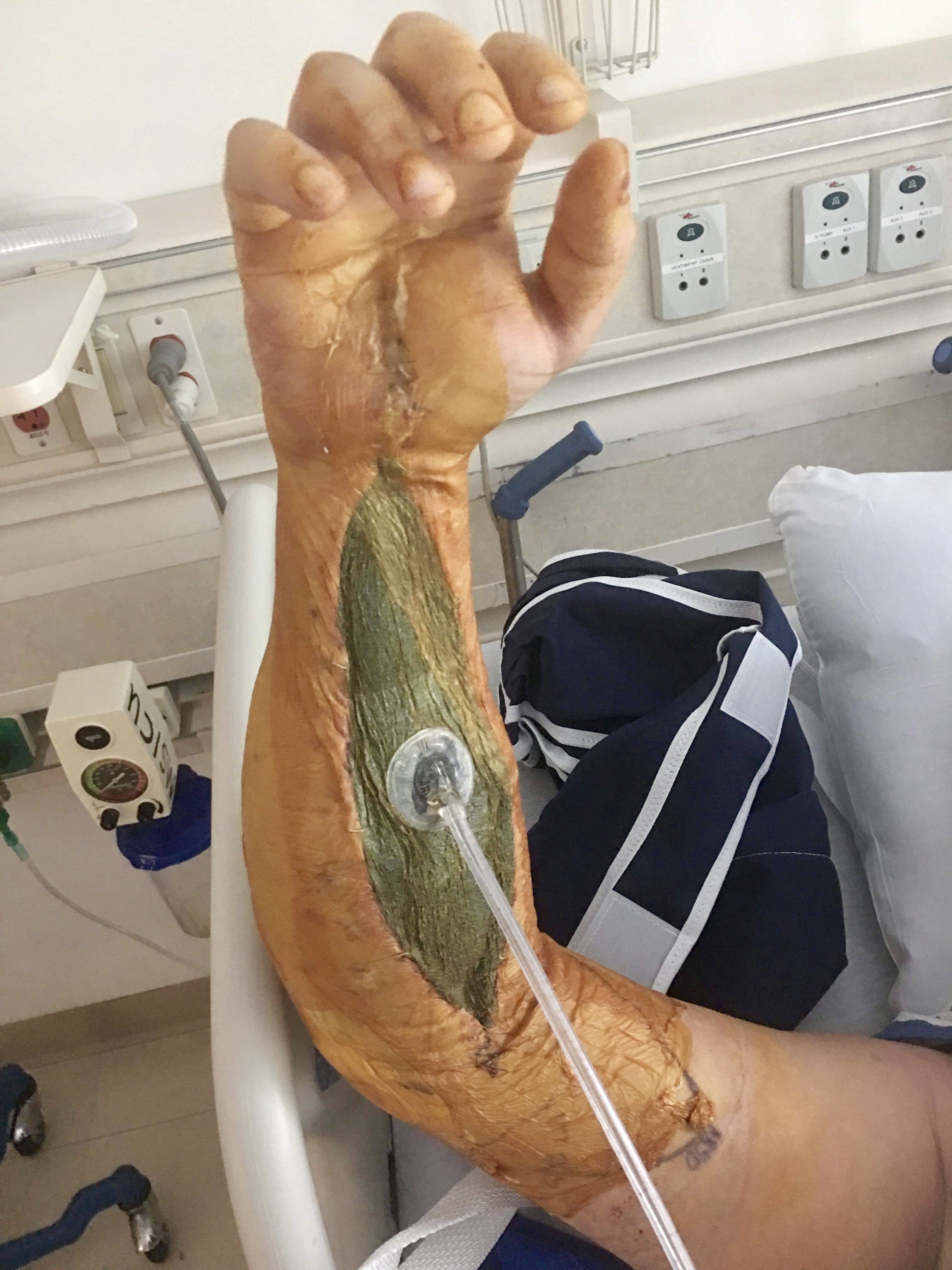 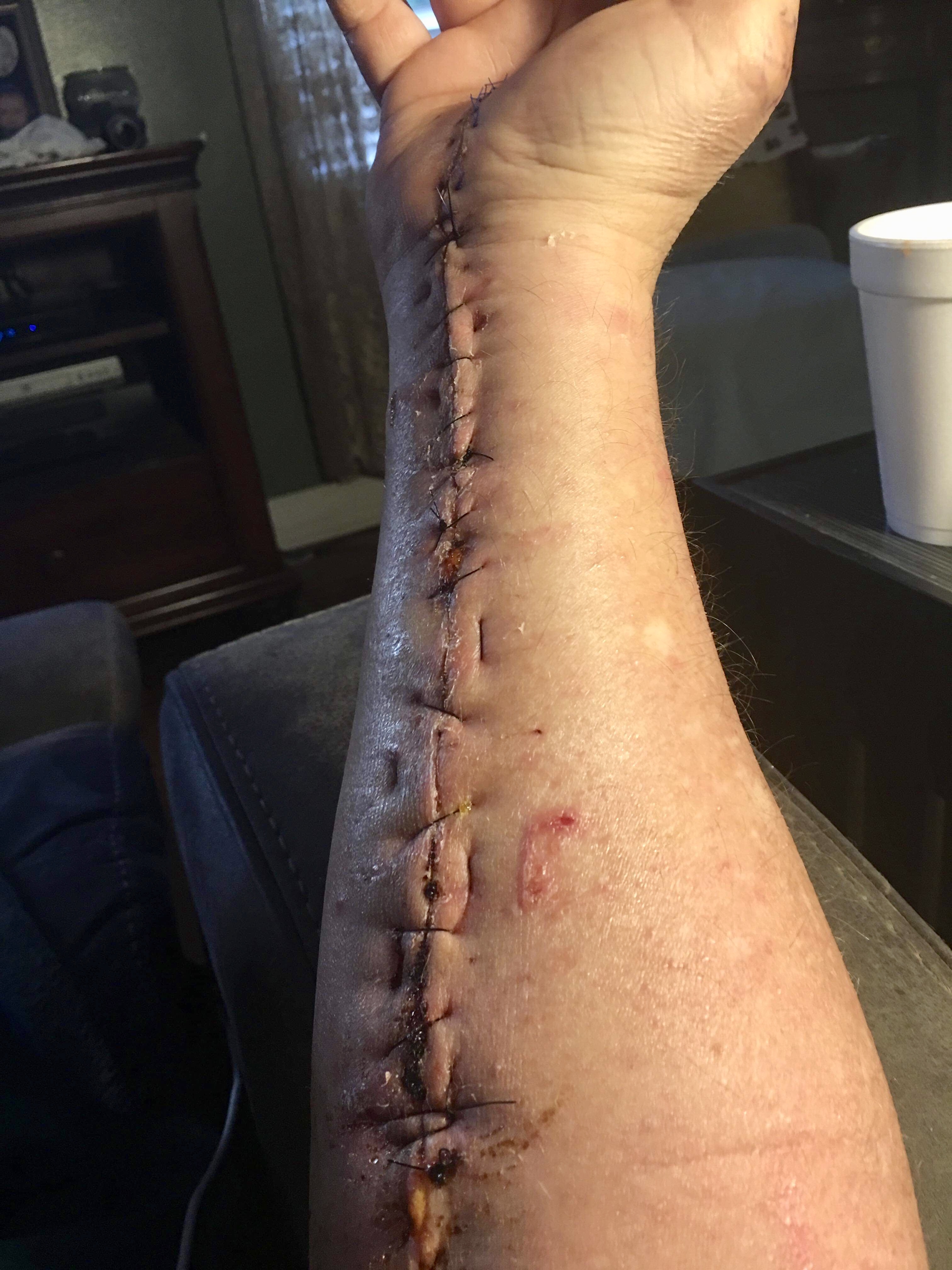 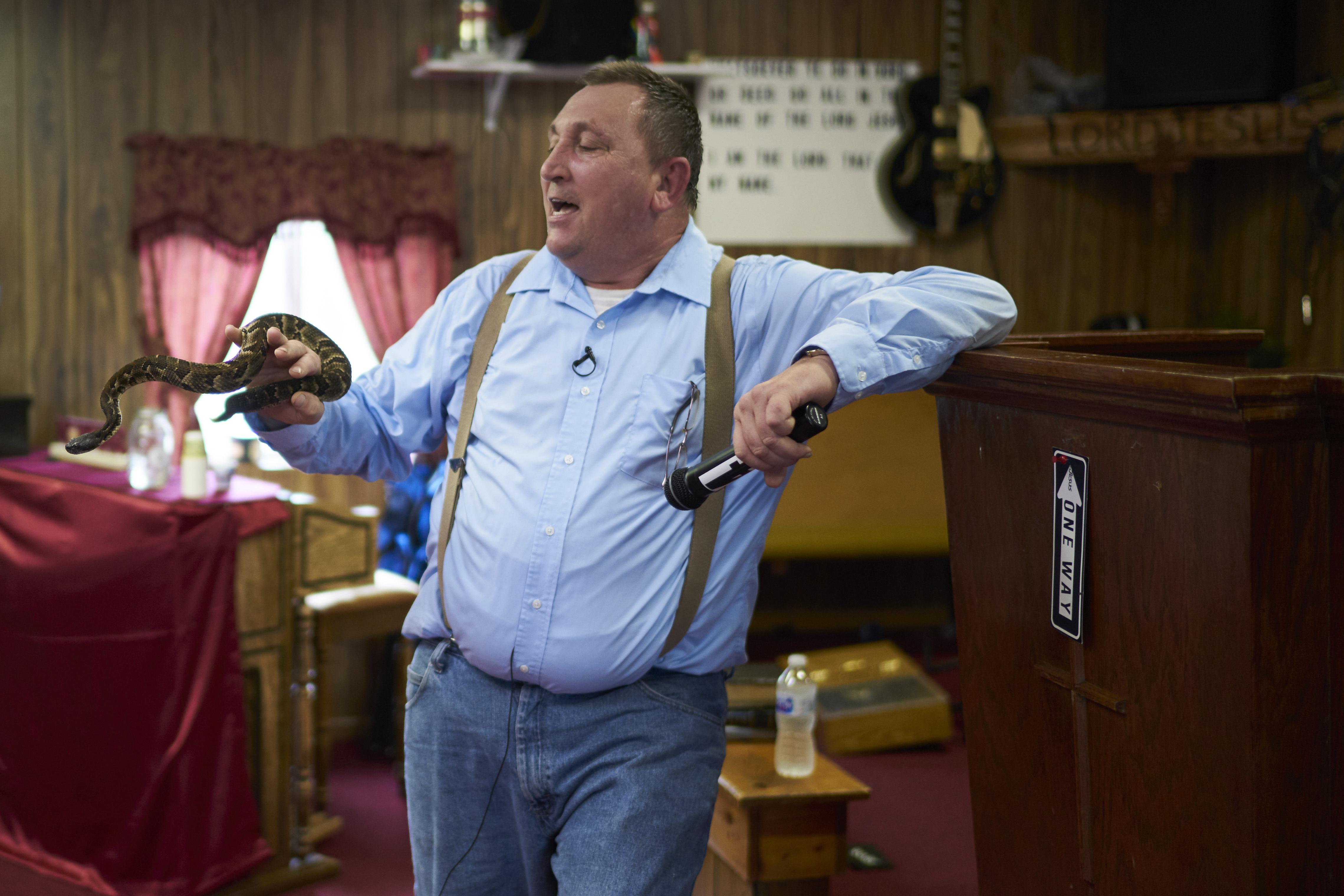 "After they opened it was swollen so big they couldn't stitch me back up so they had to take me every other day to the operation room and wash it out to keep infection from starting in it.

"My arm was cut wide open you could see the bones and muscle and nerves everything and for that reason they had to make sure it stayed clean.

"I have never been put through so much pain in my life – after each operation when I woke up from surgery, the pain was unbearable.

"I'm not going to lie this was the fifth time I have been bit and believe you me a serpent bite hurts – but the surgery was far worse. I cried and begged them to cut it off."

The Sun Online visited the church in Squire, West Virginia last year where Chris led a service in which he drank deadly strychnine poison, swung venomous snakes through the air and held naked flames against his skin. 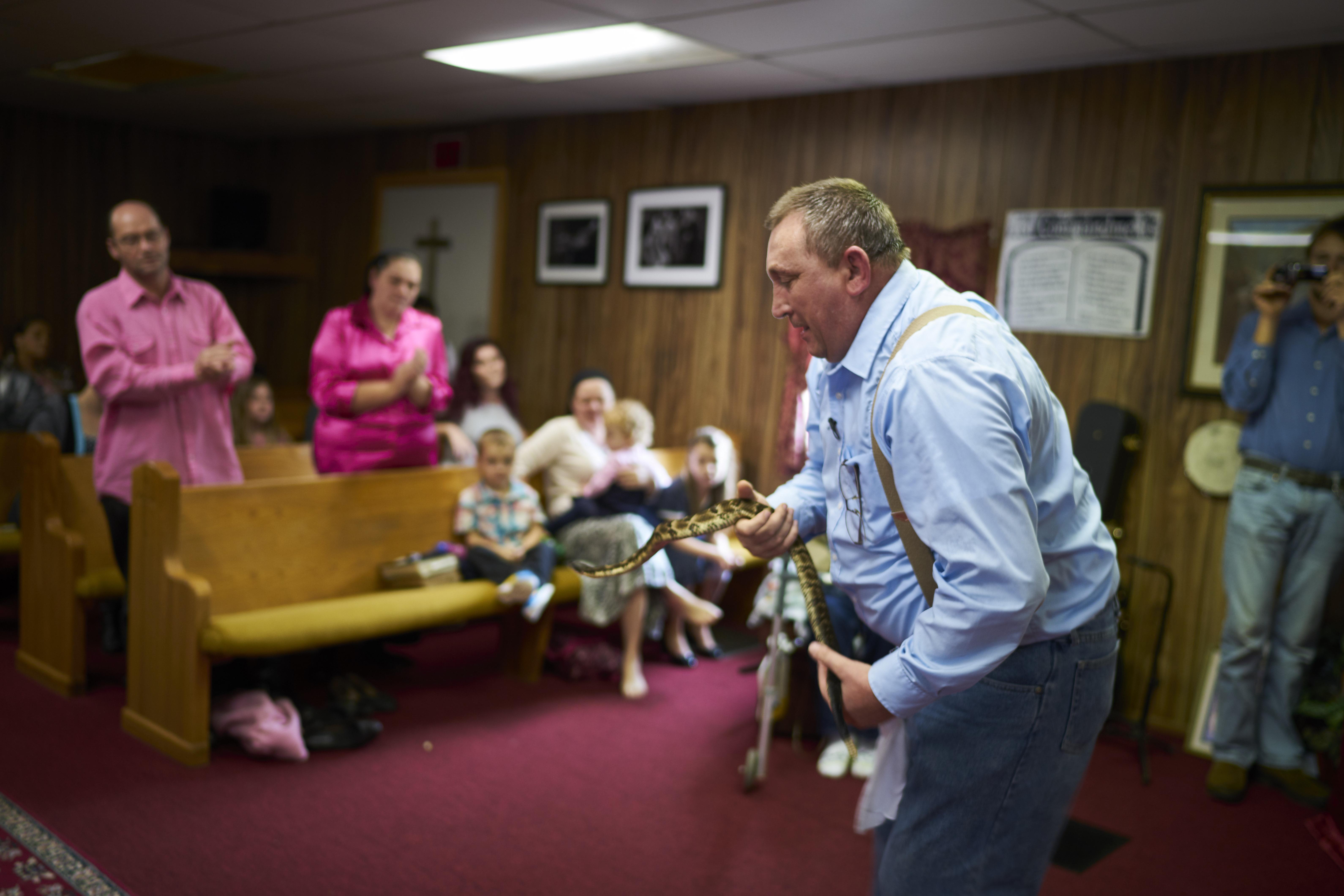 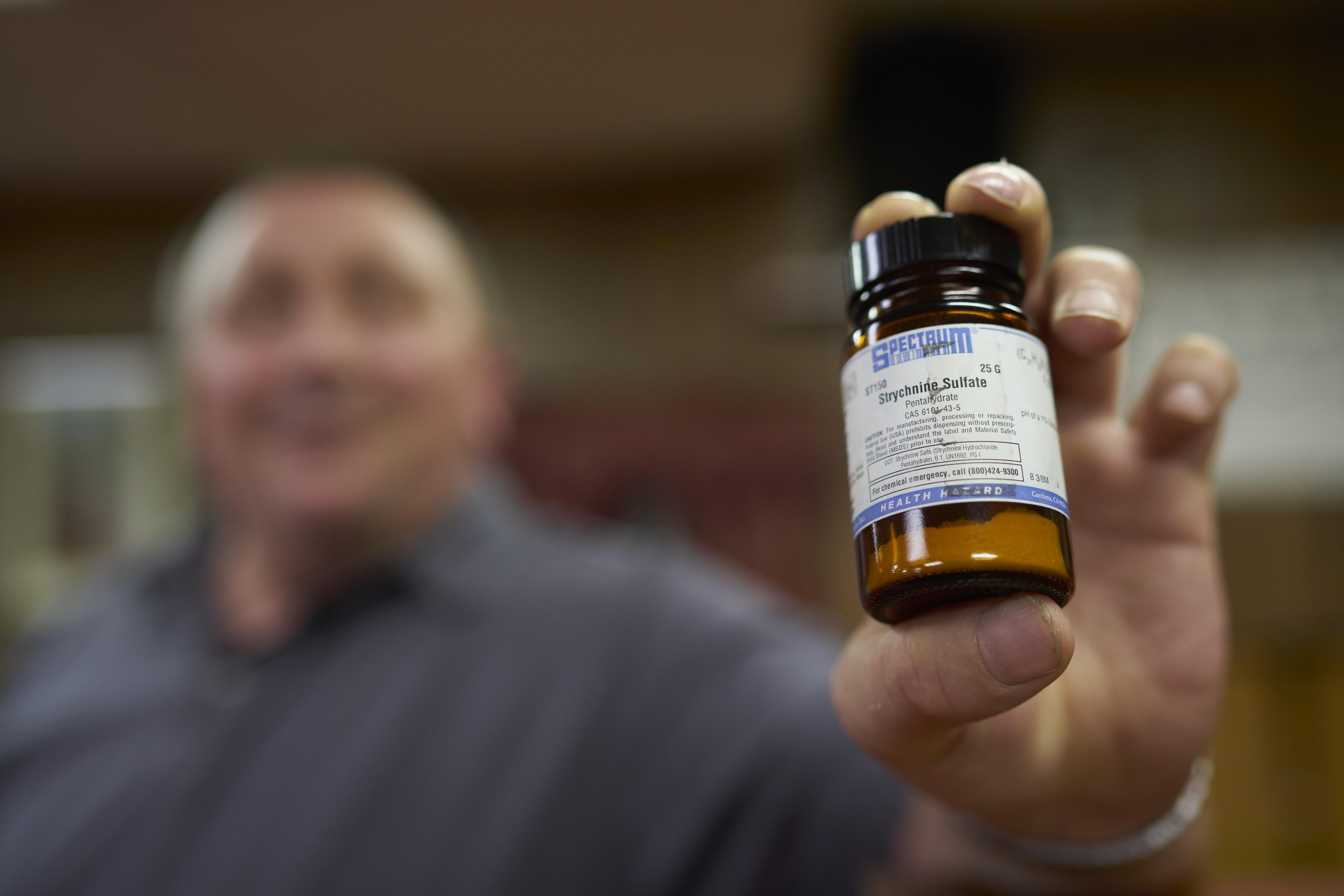 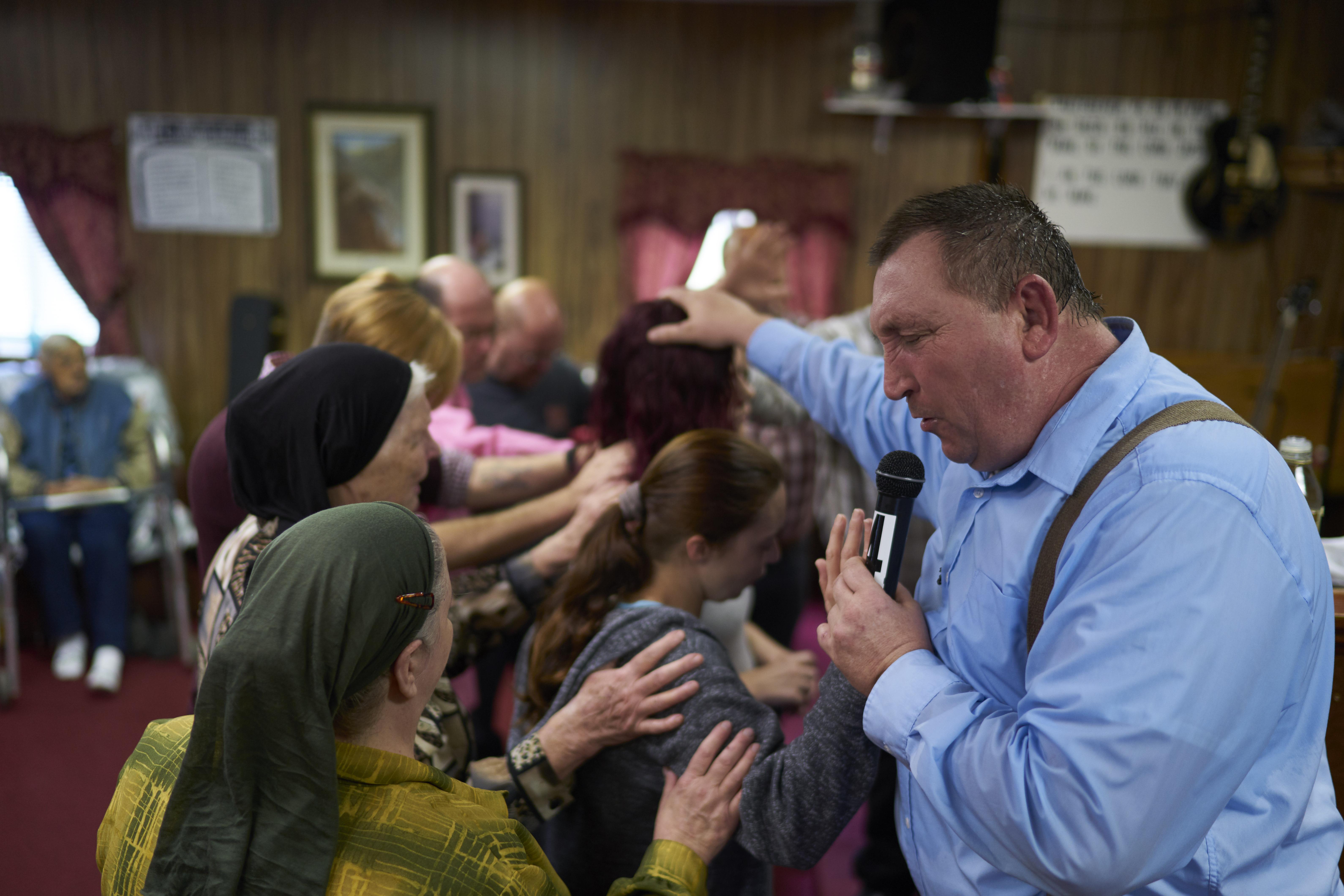 The faith is practised in the Appalachian mountains of Kentucky, Virginia and West Virginia and is based on a literal interpretation of a passage in the bible Mark 16:18 which says: “They shall take up serpents; and if they drink any deadly thing, it shall not hurt them; they shall lay hands on the sick, and they shall recover.”

Many of the religion’s churches – only a handful of which still remain open – are often closed to outsiders and cameras – particularly as snake handling is illegal in Virginia and Kentucky.

Chris's family has practised the religion for generations – and when he was just 11 he watched his dad – also a pastor – haemorrhage to death from a snake bite during a Signs service.

His brother Randy also died from the same dangerous practices – but despite everything, Chris refuses to stop. 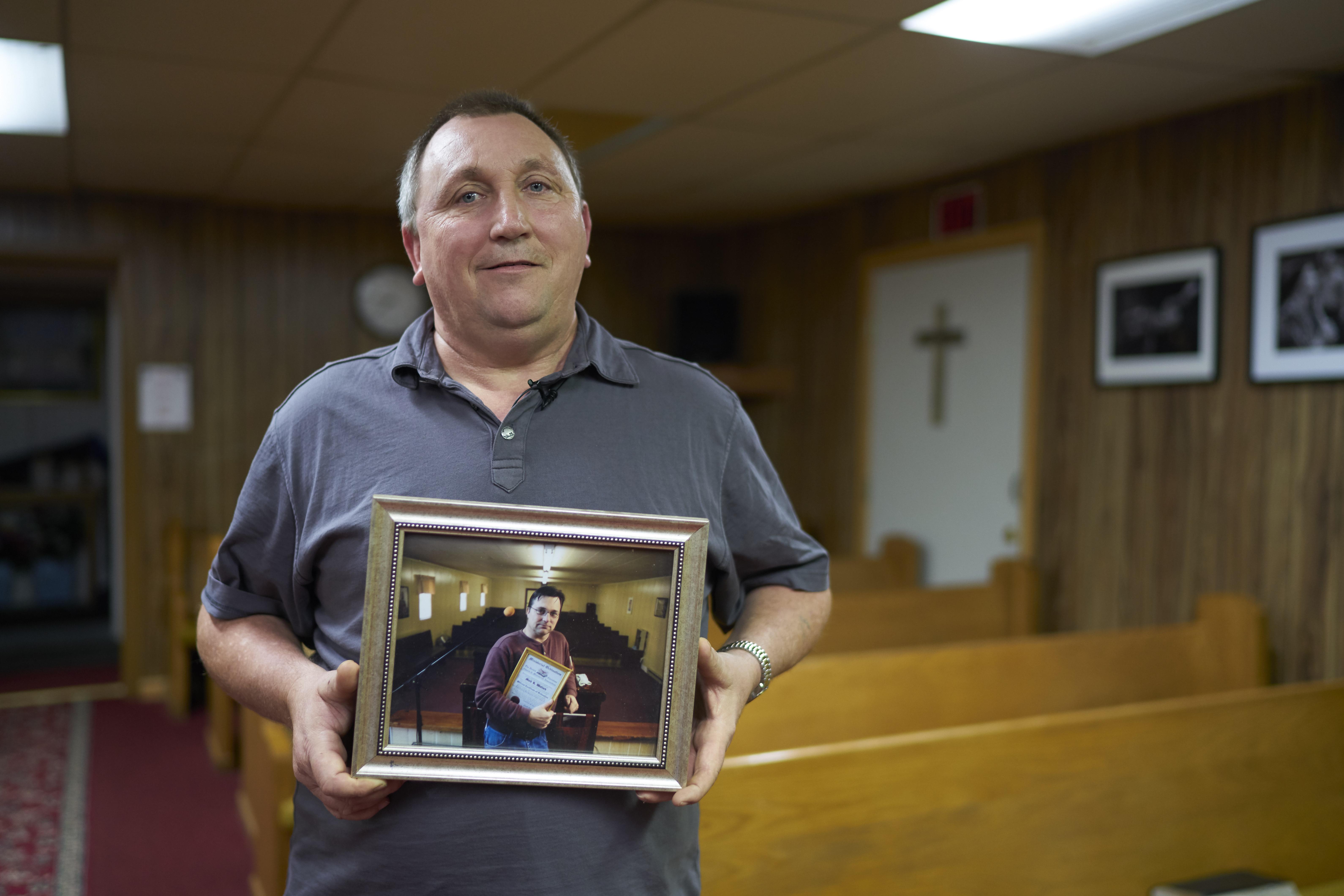 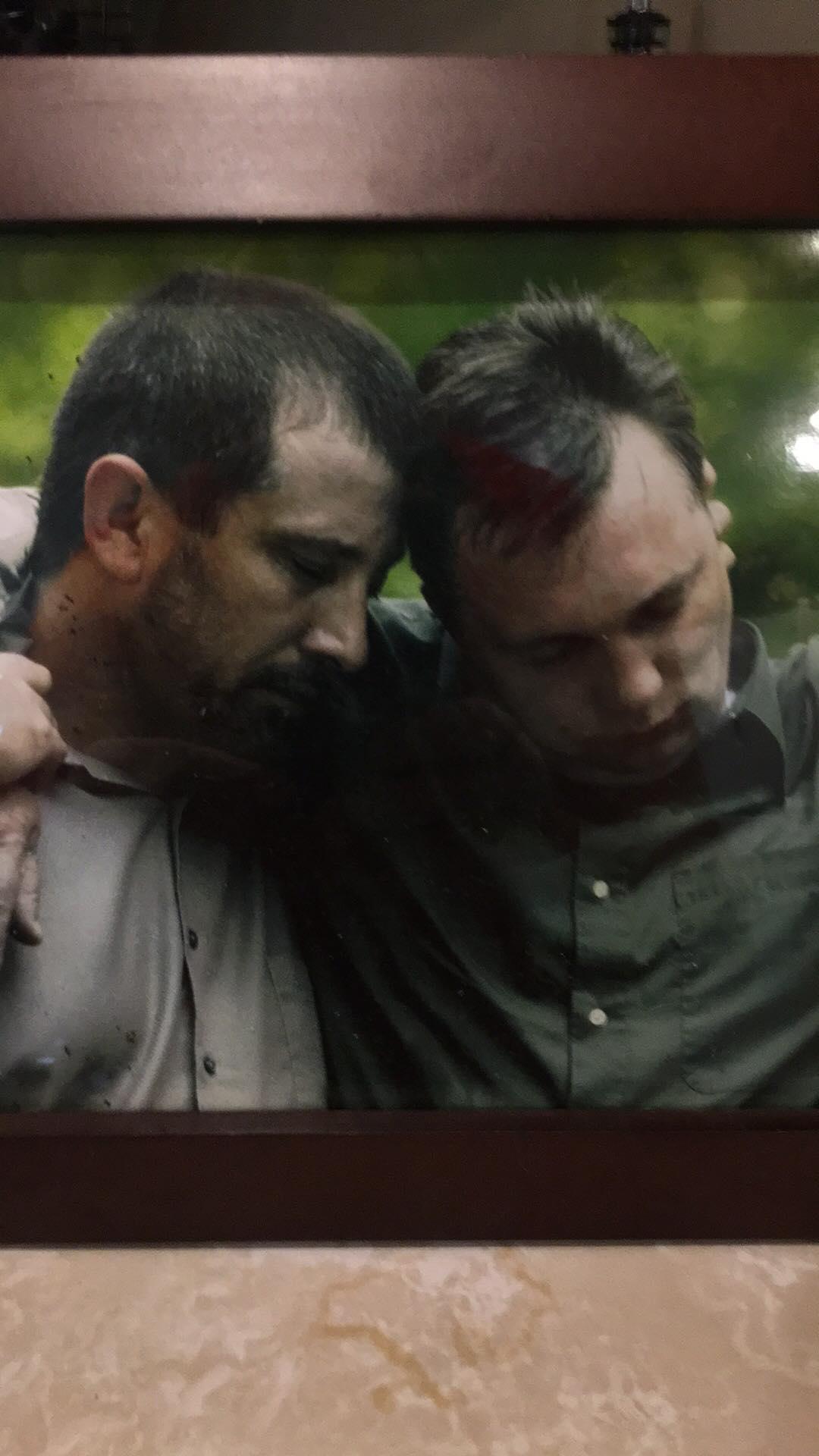 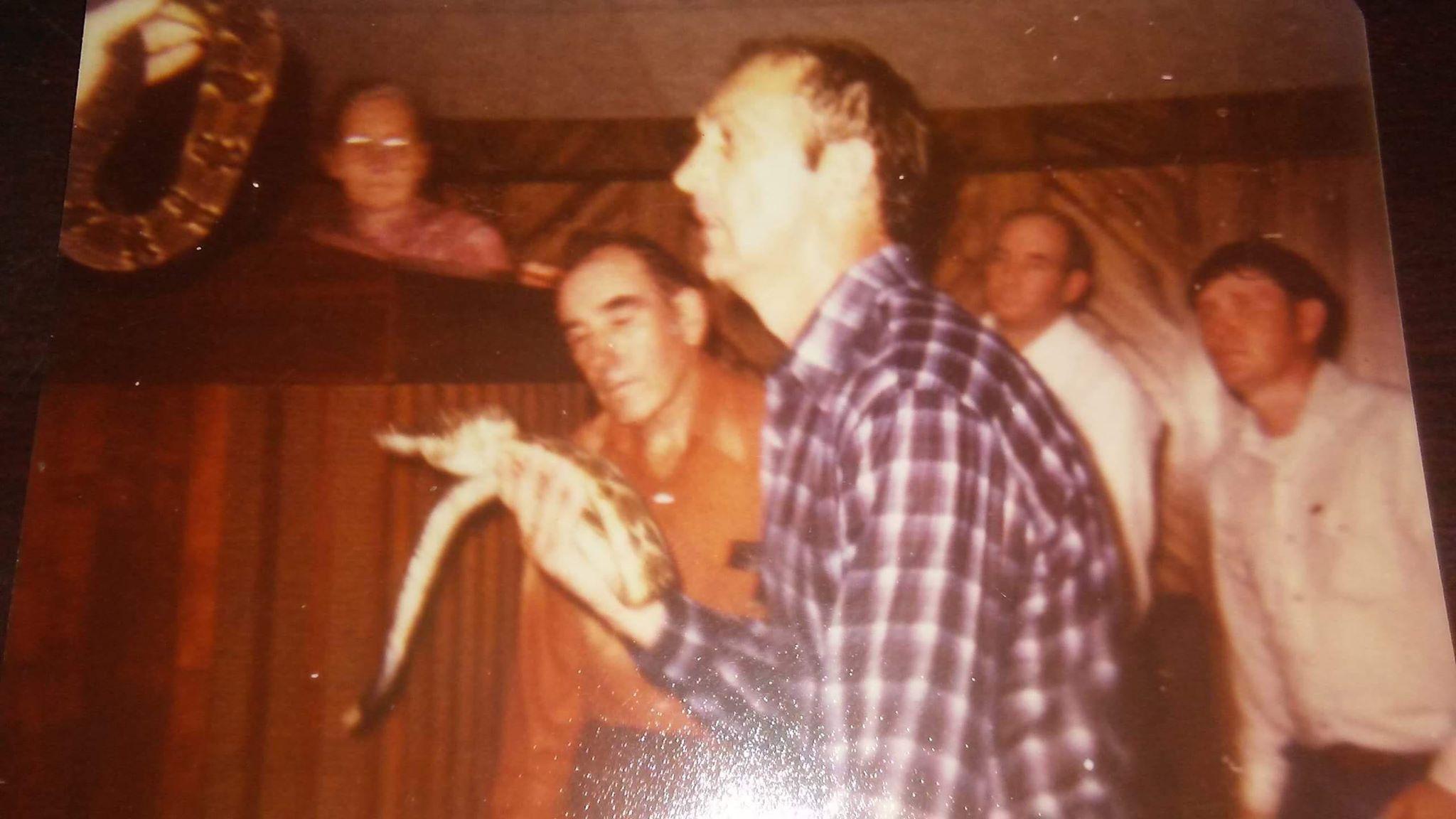 Remarkably, after spending 13 days on life support in hospital, Chris returned to the preacher's pulpit at his church just two days after being released.

Since then, he has also started snake handling again – as well as drinking the poison and handling flames – despite still suffering immense pain from his injuries.

"It still hurts a lot I don't know if the doctors my have cause nerve damage to my arm or whether it was the serpent bite but there are days my arm feels like somebody has a hot poker laying on my bones it burns so bad," Chris said.

"But I was back preaching two days after I came home from hospital. I was in hospital for 13 days on life support, I was released Friday and was preaching on that Sunday with the help of the Lord. 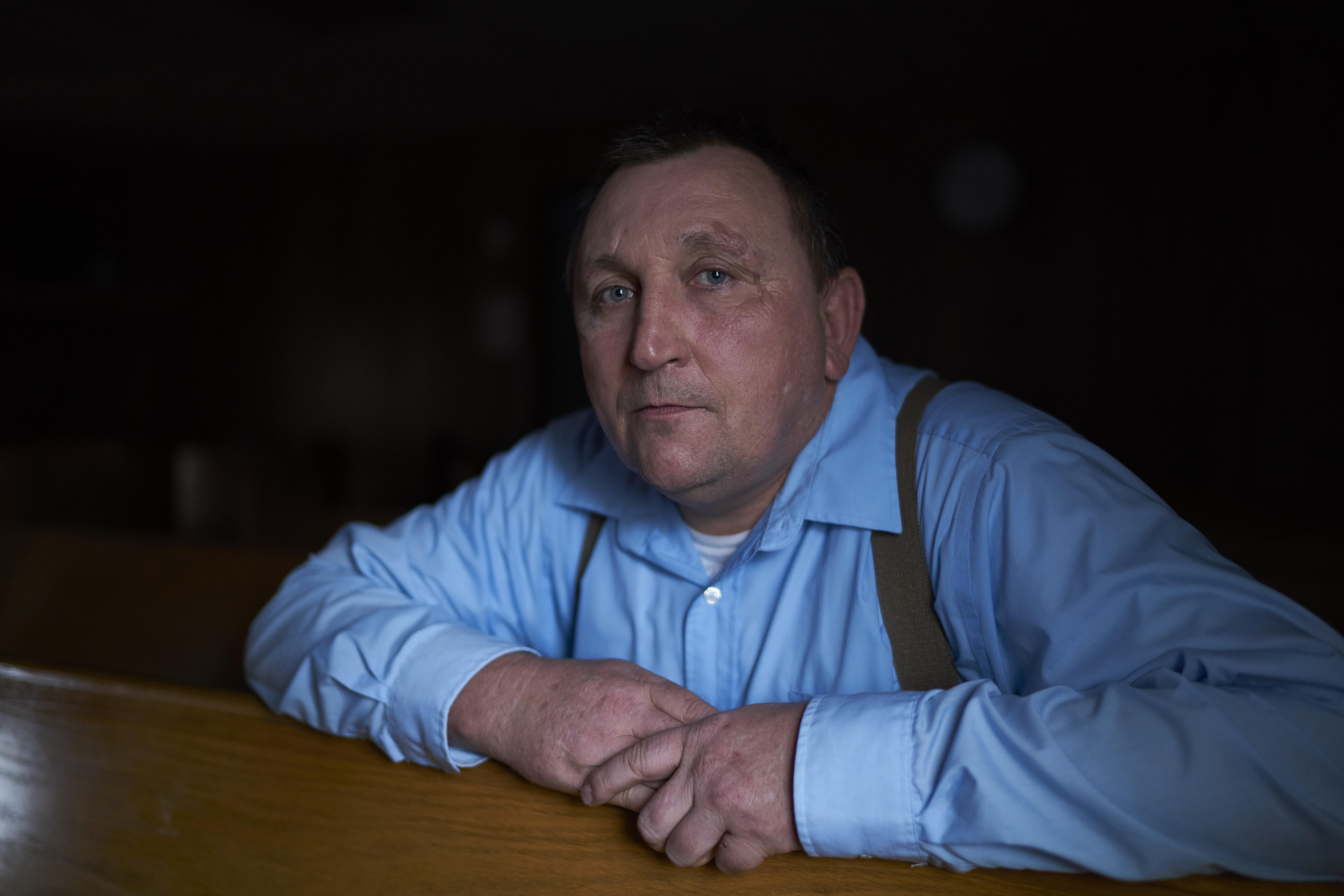 "The only thing I regret is that I had to go to the hospital. I pray and ask the Lord if I every get another bite that he will bless me to be able to breathe and as far as the sickness and pain or death, I pray that my faith and willpower is strong enough to suffer it out without medical treatment even if it means my life.

"This has encouraged my faith and I have handled again I know it's the [Bible's] word and I also know the word tell us if we suffer with him [God] we will reign with him so we've got to take up our cross deny ourselves and follow him.

"The apostles gave their life for the word's sake – we must be willing to offer ourselves."