KIEV/MOSCOW (Reuters) – Rebel-controlled Donetsk and Luhansk regions in eastern Ukraine hold leadership elections on Sunday in the shadow of a conflict that has killed more than 10,000 people and poisoned relations between Ukraine and Russia. 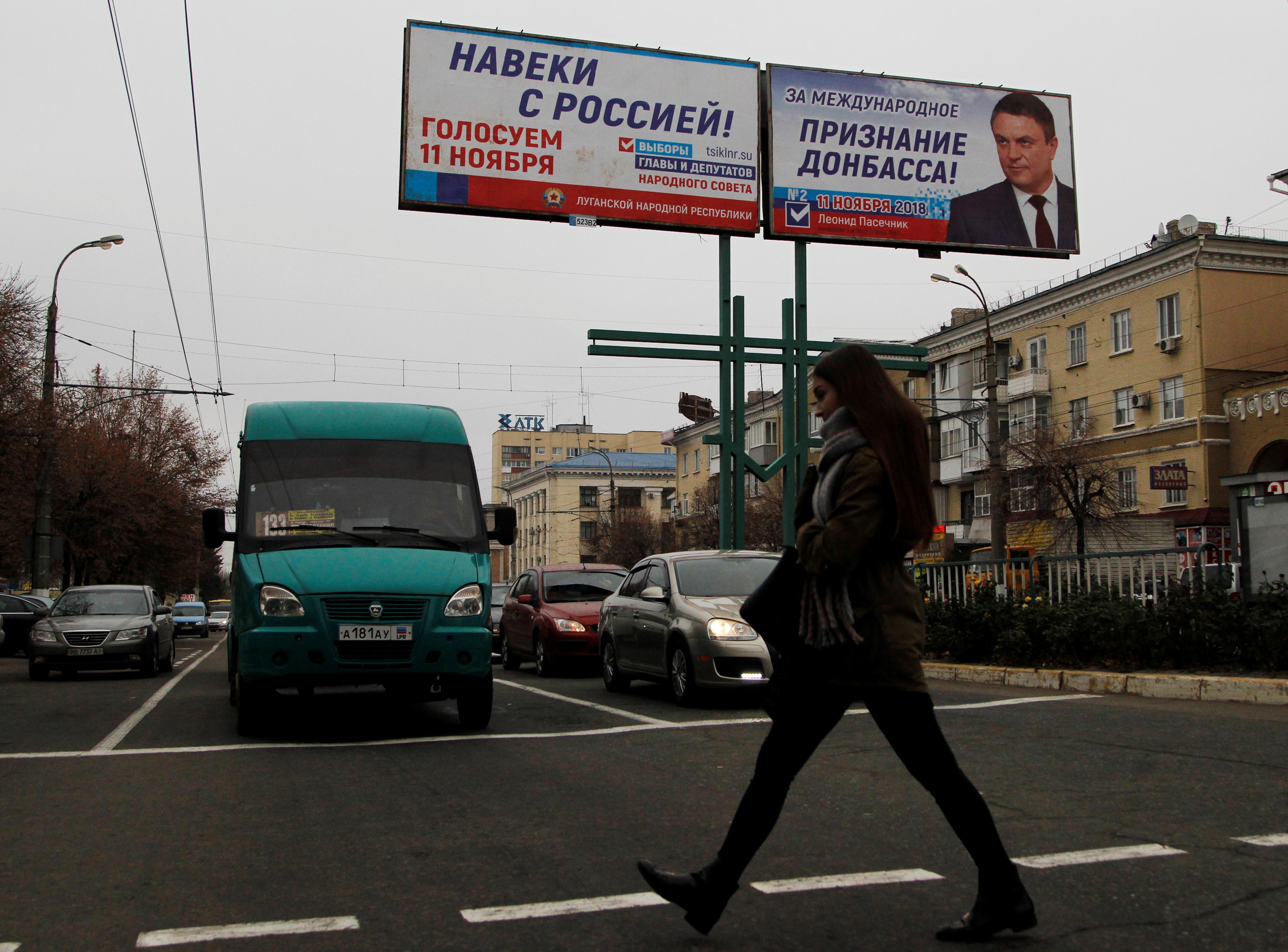 Ukraine and its international backers have lined up to condemn the vote as a sham manipulated by the Russian authorities and in violation of a 2015 Minsk ceasefire agreement. The United States urged voters to boycott.

The United States called the elections a charade to give false legitimacy to Moscow-approved leaders already installed in the self-proclaimed Donetsk and Luhansk People’s Republics. It announced new sanctions on Russia on Thursday.

“These particular elections are a mockery, really, of the idea of genuine elections that need to be held,” Kurt Volker, Washington’s envoy to the Ukraine conflict, told reporters on a conference call on Thursday.

Russia disputes that the elections violate the Minsk agreement.

“Actually, the deplorable situation with the implementation of the Minsk package was provoked by Kiev’s unwillingness to fulfill the Minsk agreements,” Kremlin spokesman Dmitry Peskov told reporters.

The Donetsk region’s acting head, Denis Pushilin, is running in Sunday’s election after his predecessor Alexander Zakharchenko died in an explosion in August. Russia pointed the finger at Ukraine, while Kiev’s security service blamed internal fighting “between the terrorists and their Russian sponsors”.

Several former separatist leaders have fled the Donbass area, saying they feared for their lives after their comrades turned on them. Other leading separatist commanders have been killed in unexplained circumstances.

“Pushilin is a soap bubble, there are completely different people behind him, this is Moscow,” a former separatist leader Alexei Alexandrov told Reuters.

Ukraine-based analyst Volodymyr Fesenko said Russia was using the elections to give legitimacy to the region’s leaders and may try to turn the fighting into a frozen conflict with the two breakaway regions as protectorates.

Peskov acknowledged Russia had influence on the region’s leaders but said “it is not unlimited.”