A sailor who served in the Falklands War has been reunited with his hat, almost 40 years after it went missing.

Richard Farrand was too busy celebrating, as HMS Invincible sailed into Portsmouth at the end of the war, to notice it had disappeared.

Then a 23-year-old leading engineer aboard the famous aircraft carrier, he gave up the vital piece of his Naval uniform as lost for ever amid the relief of returning home after 166 days at sea.

Now almost 40 years later Mr Farrand, 60, has been reunited with his hat after it came into the hands of a military artefacts dealer, who tracked the former sailor down after seeing his name on the inside of the hat. 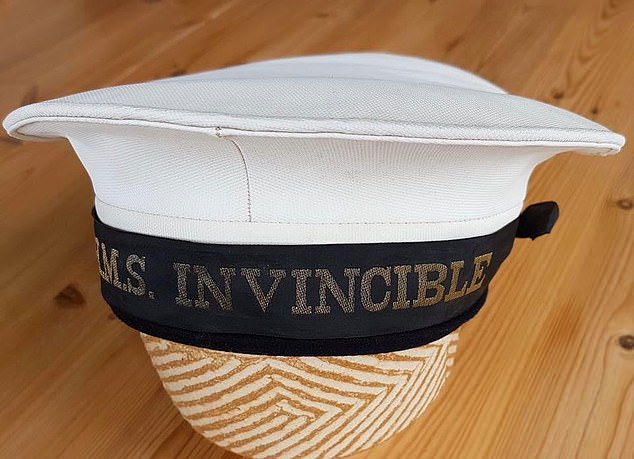 The dealer had found Mr Farrand, a father-of-two, on Linkedin and had sent a note to the company he works for.

‘I have no idea how I lost it!’ he said. ‘It just disappeared as we sailed back into port and I never thought any more of it.’

To be honest, we all had a few beers on the way back in,’ he said. ‘We had been saving our rations – three cans a day – until we got home.

‘You know what sailors are like. It all passed in a bit of a haze and somewhere along the way the hat went missing.’ 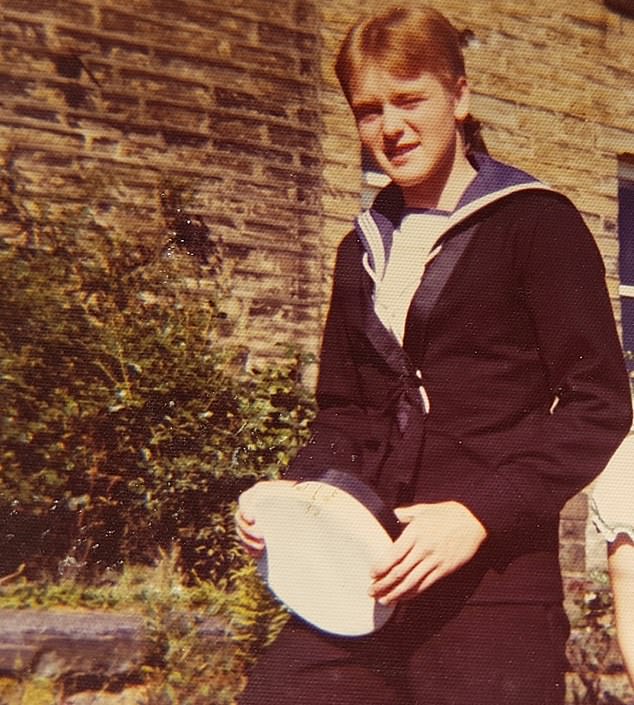 Richard Farrand pictured shortly after joining the Royal Navy. His time at sea spanned the 1982 conflict between Britain and Argentina over the Falkland Islands 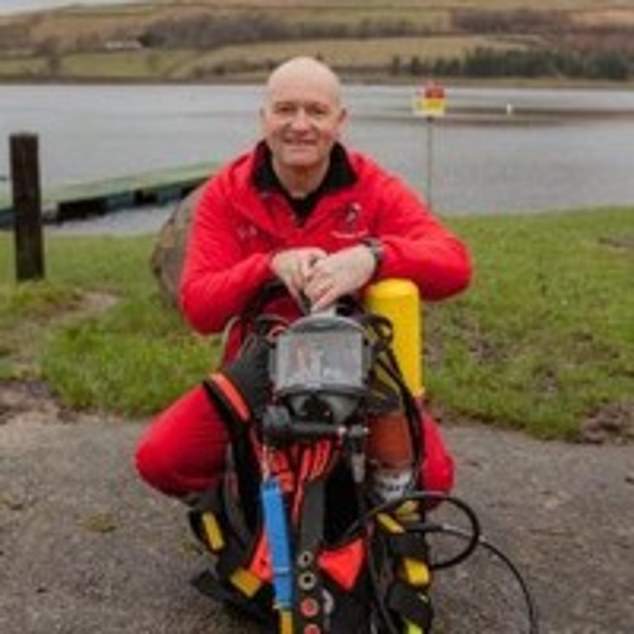 Mr Farrand, 60, now a commercial diver, has been reunited with his hat after it came into the hands of a military artefacts dealer, who tracked the former sailor down after seeing his name on the inside of the hat

None the worse for being lost for almost four decades, the souvenir of his 14 years in the Royal Navy now once again has pride of place at the 60-year-old’s home in Marsden, West Yorkshire.

The dealer, called Jon, wrote: ‘Richard. Forgive me for contacting you out of the blue. I deal in sporting and military antiques and may have a cap from Invincible that could have been yours.

‘Attached is a photo. Inside it’s marked “LMEM (M) Farrand”. If it was yours I’d be happy to re-unite the two of you should you want it.

‘I know how these can get misplaced over the years. There’d be no charge. Kind regards, Jon.’

Mr Farrand said: ‘I was completely bowled over. I couldn’t believe how generous he was. It has restored my faith in humanity. What a gesture!’ 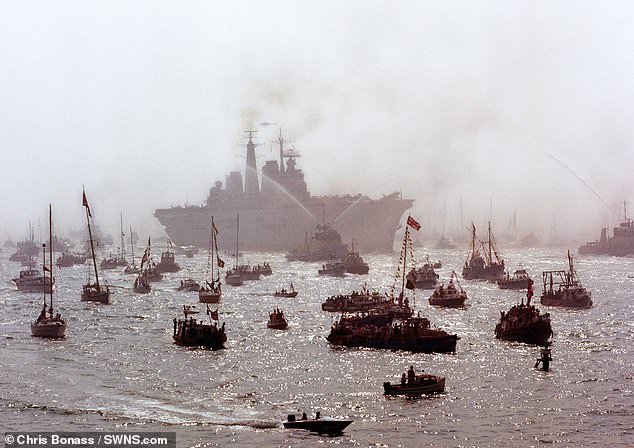 He joined the navy in 1976 after leaving school. He had a brush with death when his ship, the minesweeper HMS Fittleton, collided with HMS Mermaid and sank in the English Channel.

He was rescued but 12 of the crew lost their lives in the worst Royal Naval Reserve disaster in peacetime.

Recalling his time in the bowels of Invincible in the South Atlantic as a leading marine engineer mechanic, Mr Farrand said he would never forget the constant threat of attack from Argentinian jets. 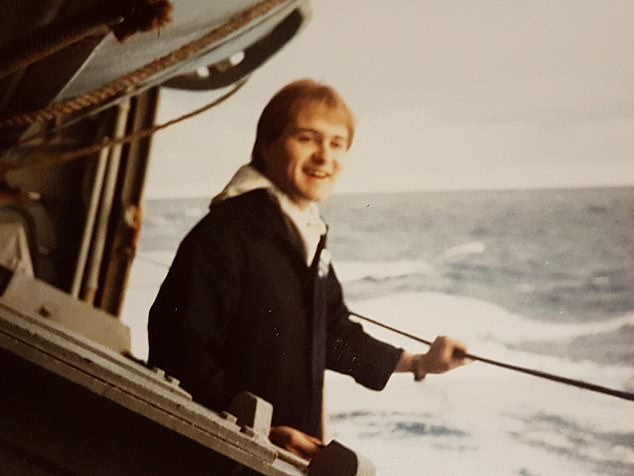 Richard Farrand aboard the HMS Invincible on duty in the South Atlantic. He was too busy celebrating, as HMS Invincible sailed into Portsmouth at the end of the war, to notice his hat had disappeared

‘I remember once hitting the deck under an attack and you could feel the front of Invincible dip violently as her Sea Dart missiles went off,’ he said.

‘We had some SAS lads on board and they said they would not do our jobs for anything because we were trapped inside a tin can if anything happened.’

His time at sea spanned the 1982 conflict between Britain and Argentina over the Falkland Islands.

Mr Farrand sailed back into Portsmouth following the end of the Falklands War.

Along with sister ship HMS Hermes, the mammoth 19,500-ton warship, HMS Invincible, and her fleet of Sea Harrier jump jets played a key role in the 1982 conflict as British forces took back the Falklands from the Argentinian invaders.

When she returned to Portsmouth in September, tens of thousands of cheering, flag-waving well-wishers thronged the sea front at Portsmouth to welcome her home.

As her crew stood to attention on the flight deck she was accompanied into the harbour by a flotilla of small boats bedecked with red, white and blue bunting.

Mr Farrand served a total of 14 years in the navy and went on to join the police force, where he served for 25 years, before becoming a commercial diver.

He returned to the Falklands last year to remember the 255 British servicemen who lost their lives.

For her part, Invincible later saw service in the Balkans before being decommissioned in 2005 and sold for scrap in 2011.

‘I am just so delighted to have the hat back although I have to admit it does look as if it must have had some adventures since being cast adrift,’ Mr Farrand said.