GAZA/JERUSALEM (Reuters) – Palestinians in Gaza fired dozens of rockets at southern Israel on Monday and Israel launched retaliatory air strikes, a day after an Israeli incursion prompted deadly fighting in the enclave.

At least two Palestinian gunmen were killed in the air attacks, the Popular Front for the Liberation of Palestine said. On the Israeli side of the border, Palestinian fire destroyed a bus, critically wounding one person, health officials said.

The flareup cast a new cloud over efforts by Egypt, Qatar and the United Nations to broker a long-term ceasefire between Israel and Hamas, the dominant armed group in Gaza.

The two enemies have fought three wars in the past decade. On Sunday, Israeli Prime Minister Benjamin Netanyahu said he hoped to reach an “arrangement” that would avoid another conflict and ease Israeli-blockaded Gaza’s economic hardships.

In southern Israel, interceptor missiles streaked through the sky and sirens sounded during what the military said were more than 80 rocket salvoes from Gaza.

Medical officials in Israel reported at least 10 people were injured in the rocket attacks.

The frontier had been quiet earlier in the day after a botched Israeli undercover operation in the Gaza Strip led to fighting that killed a Hamas commander, six other Palestinian militants and an Israeli colonel.

“In response to yesterday’s crime, the joint command of Palestinian factions announce the beginning of bombardment of the enemy’s settlements with scores of rockets,” Hamas’s armed wing said in a statement after funerals were held for the militants.

Late on Sunday, Palestinians fired 17 rockets into southern Israel in response to the Israeli incursion and air strikes, which Hamas said were intended to cover the retreat of a car used by the Israeli troops.

There were no reports of injuries or damage in Israel in the incidents on Sunday, but the military said a lieutenant-colonel, identified only as “M”, had been killed in the raid and another officer wounded.

Violence has flared regularly along the Israel-Gaza border since Palestinians began protests on March 30 to demand rights to land lost to Israel in the 1948 war of its creation.

Israeli gunfire has killed more than 220 Palestinians since the start of the demonstrations, which have included breaches of Israel’s border fence.

Hamas said that during Sunday’s fighting, assailants in a passing vehicle opened fire on a group of its armed men, killing one of its local commanders, Nour Baraka. 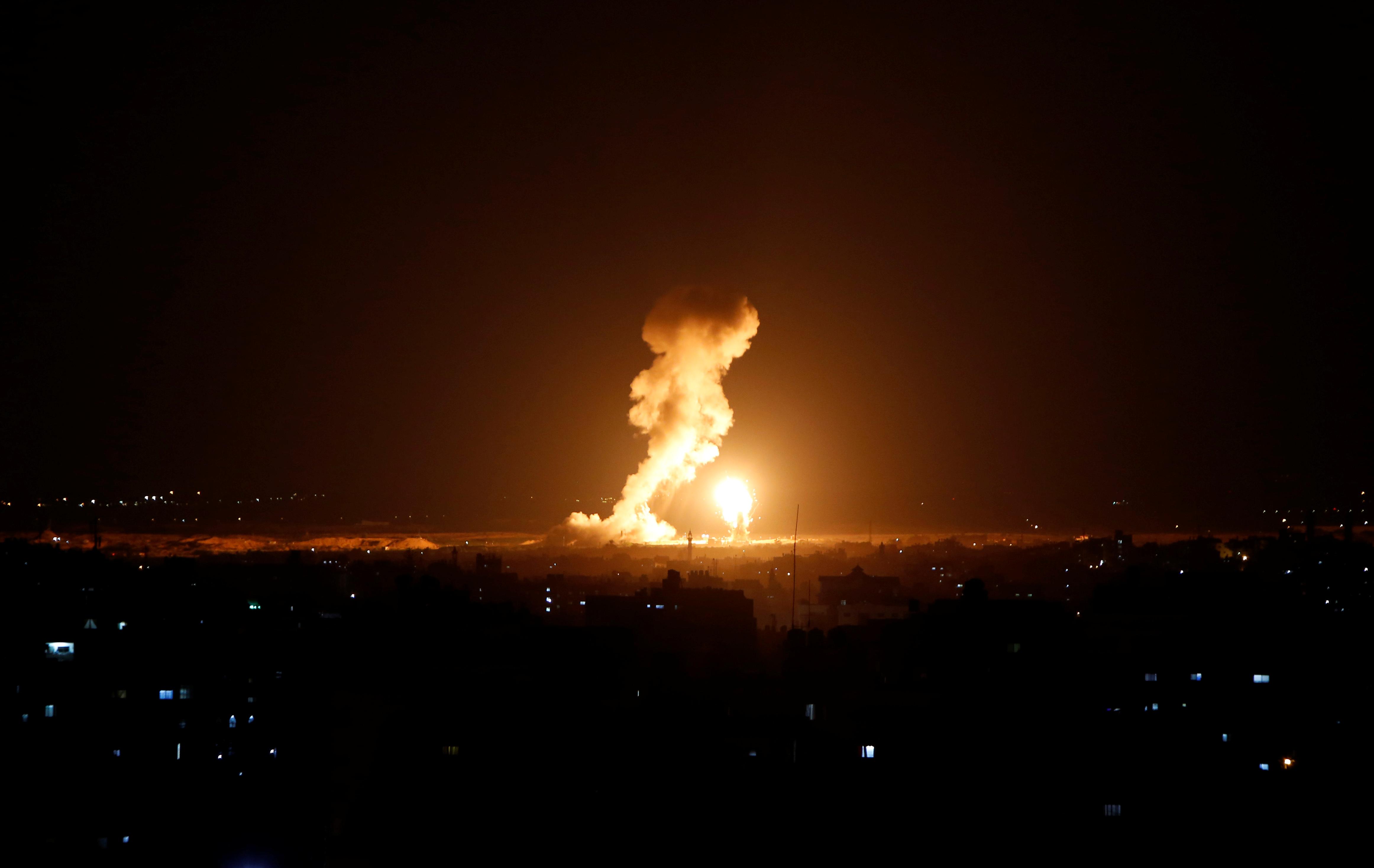 A pursuit ensued and witnesses said Israeli aircraft fired more than 40 missiles into the area. Palestinian officials said that in addition to Baraka, five other Hamas men and a member of the Popular Resistance Committees were killed.

In an apparent attempt to defuse tensions, Israel’s chief military spokesman said the special forces had not been dispatched to assassinate Hamas commanders, a tactic that led to wider conflict in the past and which has largely been abandoned.