Israeli politician Elazar Stern says his country's handling of the case of Malka Leifer, the former Melbourne school principal attempting to avoid extradition to Australia from Israel to face 74 child sexual abuse charges, has damaged the relationship between the two nations.

In an interview with The Age and the Sydney Morning Herald in Sydney this week Mr Stern said he was appalled that ultra-Orthdox politicians in the Knesset – the Israeli parliament – continued to oppose Ms Leifer’s extradition to Australia, citing Jewish religious law.

Mr Stern, a member of the centrist Blue and White coalition, said the case was not only having a negative impact on the relationship between Israel and Australia but had become a hugely contentious point in Israeli politics in its own right.

“I don’t think any Israeli should defend any Jewish person if they are a criminal just because they are Jewish,” he said. “I don’t think [the view of] a rabbi should have anything to do with national policy or international law.” 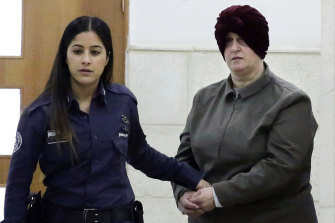 Malka Leifer, right, is brought to a courtroom in Jerusalem in 2018.Credit:AP

Ms Leifer, who was a principal of Melbourne’s ultra-Orthodox Adass Israel girls school, has already faced 63 preliminary appearances in which she has fought an extradition hearing on the grounds that she is mentally unfit. She has been defended by members of the ultra orthodox community that helped her flee Australia in 2008. 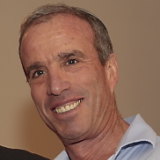 Israeli politician for the Blue and White coalition, Elazar Stern.

A judicial panel had declared she was fit to stand trial for extradition, but the decision has been yet again.

Ms Leifer’s case has been championed by Yaakov Litzman the leader of a party within the ultra-Orthodox coalition upon which the Israeli prime minister, Benjamin Netanyahu depends to maintain his fragile majority.

Israeli police say they have enough evidence to charge Mr Litzman with tampering with witnesses involved in the case, but Mr Netanyahu has reaffirmed his support for Mr Litzman.

The Australian MP Josh Burns, who represents the electorate in which the Adass Israel school is located, and where some of Leifer's alleged victims live, said the case had become a serious issue in the relationship between the two nations.

“Friendship must go both ways. Australian is Israel’s friend but right now our friends is letting us down.

The case is expected to be raised with Israel’s president, Reuven Rivlin, who’s first state visit to Australia began today.

Mr Stern will attend some of the official functions associated with that visit.