Princeton University student who vanished days ago has been found dead, officials say

A Princeton University student who vanished days ago has been found dead, authorities said Thursday.

The body of 20-year-old Misrach Ewunetie was discovered by an employee around 1 p.m. behind the university’s tennis courts, the Mercer County Prosecutor’s Office said in a news release. The medical examiner will determine the cause of death, but Prosecutor Angelo J. Onofri said “there were no obvious signs of injury and her death does not appear suspicious or criminal in nature.”

The school said there are no threats to the campus or the surrounding area.

“Misrach’s death is an unthinkable tragedy. Our hearts go out to her family, her friends and the many others who knew and loved her,” Vice President for Campus Life W. Rochelle Calhoun said.

Earlier Thursday, campus safety advised students they would see more drones, helicopters and watercraft canvassing the university for Ewunetie, who hadn’t been seen since Oct. 14.

Prior to the discovery, Ewunetie’s mother, Tiruedil Kassa, had been urging anyone with information to come forward, telling NBC affiliate WKYC of Cleveland: “Just if they have anything, let us know, let the police know, let someone know.”

She described her daughter as a quiet, reserved and kind girl. 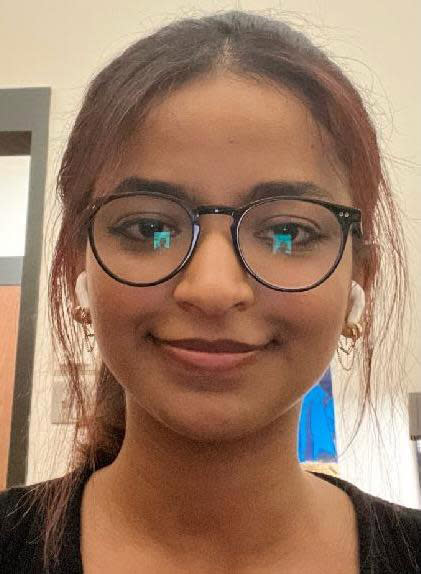 “She’s such a trusting person, just a lovely person,” she said.

Ewunetie had attended an event Oct. 13 at the Terrace Club, an eating hall, and returned to her dorm where her roommates saw her around 3 a.m. But after 4 a.m., one roommate said she was no longer there, Ewunetie’s brother, Universe Ewunetie, told NBC News Wednesday.

Universe Ewunetie said he and his sister were texting Oct. 13, the last time he heard from her. By Sunday, her phone had shut off.

Kassa said to WKYC: “We can’t find her phone. We don’t know, it’s just switched off since Sunday. It was working before that.”

Ewunetie, part of the class of 2024, disappeared Oct. 14, the last day of classes before the start of a one-week fall break on campus, a time when many students return home.

The Ivy League university said in an email to students that its Department of Public Safety was notified by Ewunetie’s family Sunday night that they had not heard from her in several days and requested a well-being check.

Since Sunday, the Princeton University DPS had been leading the investigation into her disappearance along with the Mercer County Prosecutor’s Office. On Monday, the school issued an alert to campus saying Ewunetie was missing.

On Wednesday and Thursday, Princeton University students were told to expect an increased law enforcement presence on and around campus as the desperate search continued with the use of a helicopter, drones and watercraft.

Universe Ewunetie said that the family is originally from Ethiopia and that his sister grew up in Euclid, Ohio. She had no ties to the New Jersey area besides school, he said.

“She’s loved and cared for, and we’re missing her,” he said.

They said they worked with her at Minds Matter Cleveland, a nonprofit that offers academic and mentoring resources for high-performing, low-income high school students.

“She’s an incredible student, this is not usual behavior,” Maurer said in the clip.

Slife said that Ewunetie worked with them for three years every weekend “to try to make sure she could get to the college of her dreams, and she was so thrilled when she got into Princeton.”

He described her on Facebook as “a dedicated student” who earned valedictorian honors in high school and a full ride to Princeton.

Slife added the sociology major “interned for Bank of America and worked for McKinsey.”