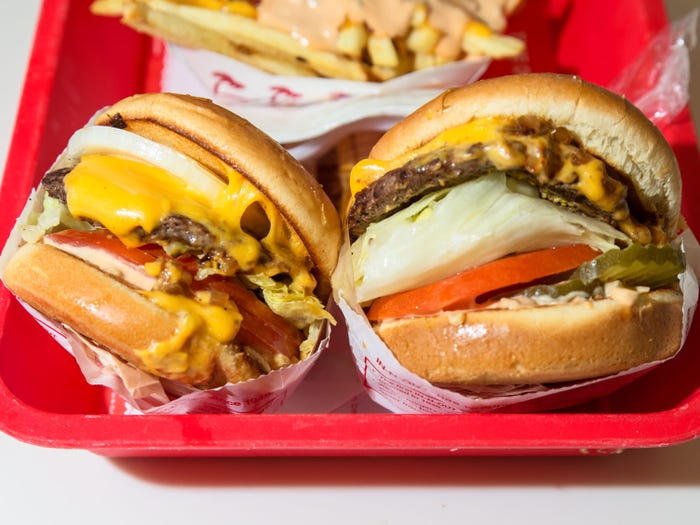 In-N-Out opened its first locations in Colorado Friday, causing traffic jams, a miles-long line, and a 14-hour drive-thru wait at one of the locations.

The California fast-food brand debuted with two locations in the state, in Aurora and Colorado Springs.

Videos shared on Twitter showed part of a large crowd waiting outside the Aurora location.

The Aurora Police Department tweeted about the opening throughout the day.

"It's official, traffic is double double animal style right now all around the mall," a tweet said. "Maybe support another local eatery today and In-N-Out another day."

They conducted traffic control near the iconic fast-food joint and encouraged residents to avoid the area near In-N-Out in the coming days, recommending specific local spots to eat instead.

They also estimated the line of cars to be 1.5-2 miles long, wrapping around the entire mall twice, and the wait to be 14 hours at one point. They said eventually the restaurant had to cut off the line, planning to serve the final customer at 2 a.m. local time.

Some aerial shots showed the lines wrapping around the mall in the Denver suburb.

The Colorado Springs location was met with enthusiasm too, with one local reporter sharing images of 30 cars lined up outside in the dark at 3:30 a.m. local time.

Another journalist shared a time-lapsed video of just part of the long line of people waiting to order.

In-N-Out plans to open more locations in the state, including in Lone Tree, Lakewood, and Fort Collins, the local CBS station reported.