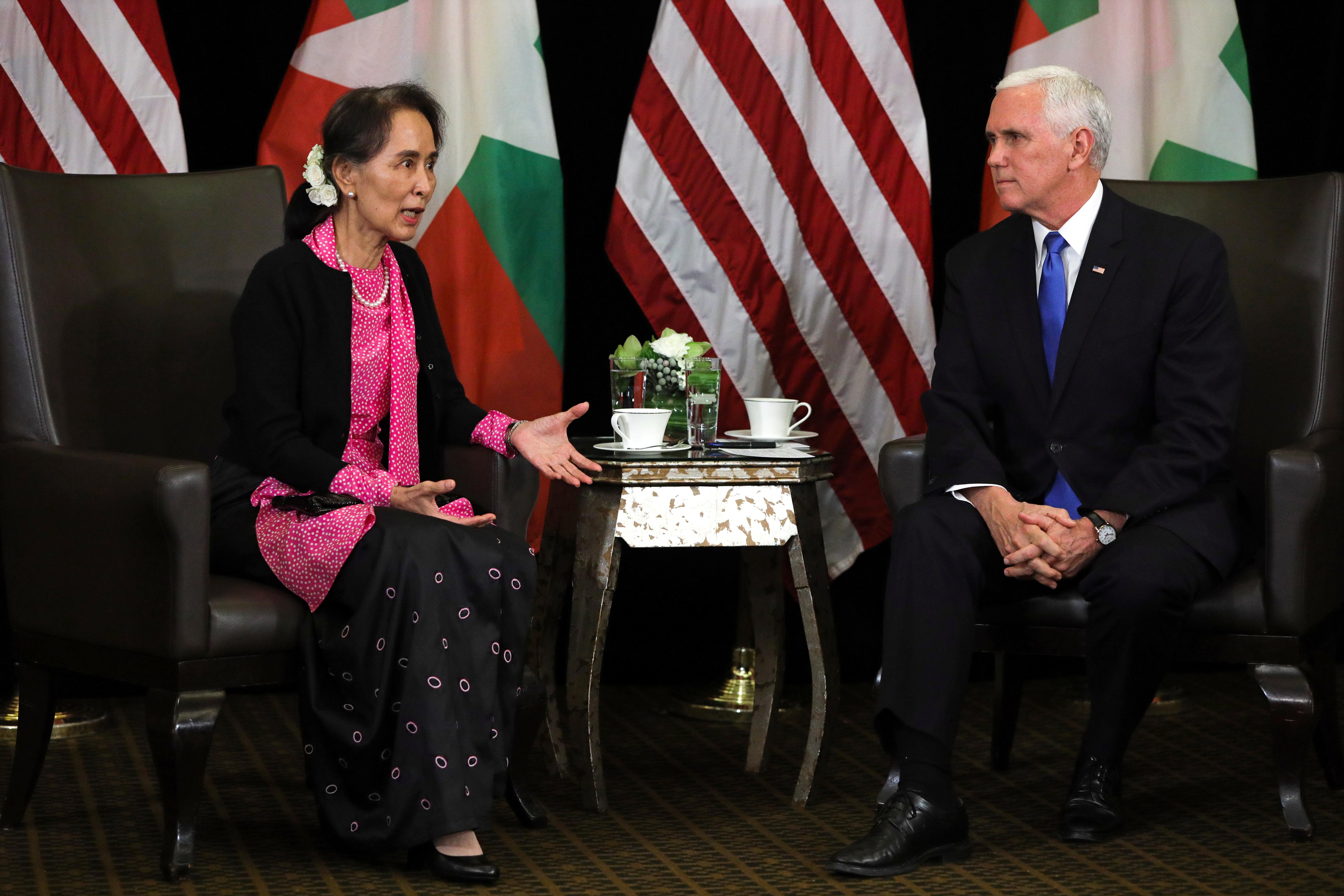 Pence also pressed Suu Kyi to pardon two Reuters journalists who were arrested nearly a year ago and sentenced in September to seven years in prison for breaching the Official Secrets Act.

“The violence and persecution by military and vigilantes that resulted in driving 700,000 Rohingya to Bangladesh is without excuse,” Pence told Suu Kyi in remarks open to the media before they went into private talks on the sidelines of an Asia-Pacific summit in Singapore.

“I am anxious to hear the progress that you are making of holding those accountable who are responsible for the violence that displaced so many hundreds of thousands and created such suffering, including the loss of life,” he added.

Leaders of Southeast Asian nations, who will meet Pence on Thursday, are also expected to call for those responsible for atrocities in Rakhine state to be held “fully accountable”, according to a statement the Asian countries prepared for a summit, reflecting a stronger line being taken within the group.

Suu Kyi, seated next to Pence, was stony-faced as he spoke.

The Myanmar army launched a sweeping offensive in the north of Rakhine state in late August last year, in response to Rohingya militant attacks.

Suu Kyi, responding to Pence, said: “Of course people have different points of view but the point is that you should exchange these views and try to understand each other better.”

The United States has accused the military of ethnic cleansing against the Rohingya, who are widely reviled in Buddhist-majority Myanmar.

U.N.-mandated investigators have accused the military of unleashing a campaign of killings, rape and arson with “genocidal intent”.

Amnesty International this week withdrew its most prestigious human rights prize from Suu Kyi, accusing her of perpetuating human rights abuses by not speaking out about violence against the Rohingya.

Once hailed as a champion in the fight for democracy, the 1991 Nobel Peace Prize winner has been stripped of a series of international honors over the Rohingya exodus.

Neither Suu Kyi nor her office have commented publicly about the decision by Amnesty International.

Pence also said that Washington wanted to see a free and democratic press in Myanmar, commenting: “In America, we believe in our democratic institutions and ideals, including a free and independent press,” Pence said.

White House officials told reporters after their closed-door talks that he had pressed her “multiple times” to pardon the two convicted Reuters journalists.

“They had a very candid exchange of views on that,” a senior White House official said. He declined to elaborate. 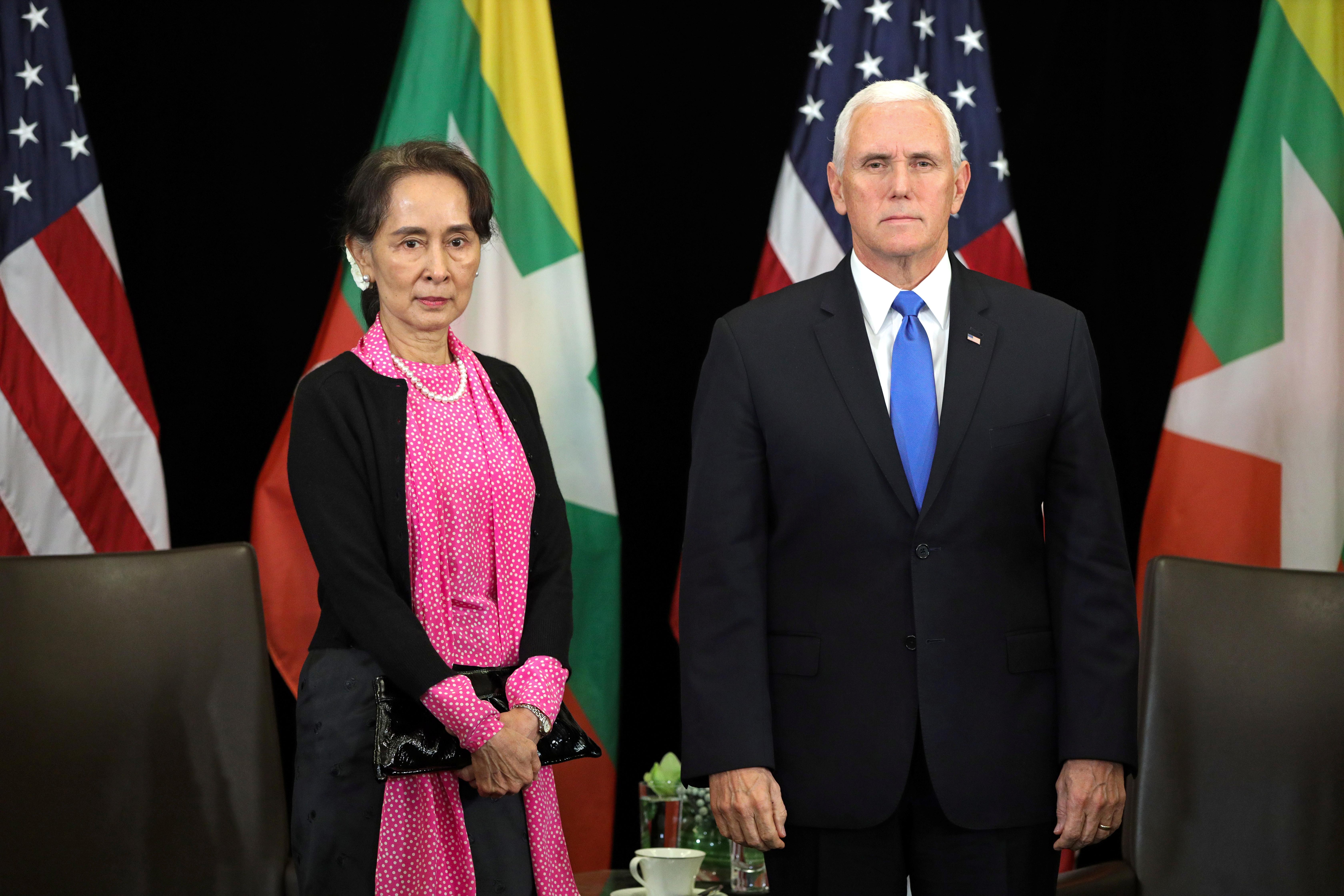 Wa Lone and Kyaw Soe Oo, the Reuters journalists, both Myanmar nationals, were arrested in the city of Yangon last December. On Nov. 5, their lawyers lodged an appeal against their conviction.

Suu Kyi has said that the jailing of the Reuters reporters had nothing to do with freedom of expression and that they were convicted, not because they were journalists, but because they had broken the official secrets law.