A MAN has died and another was left fighting for his life after a wave of stabbings erupted across the capital overnight.

Cops have launched a murder investigation after finding a man stabbed to death at an address in Pinner, northwest London, at 6am this morning. 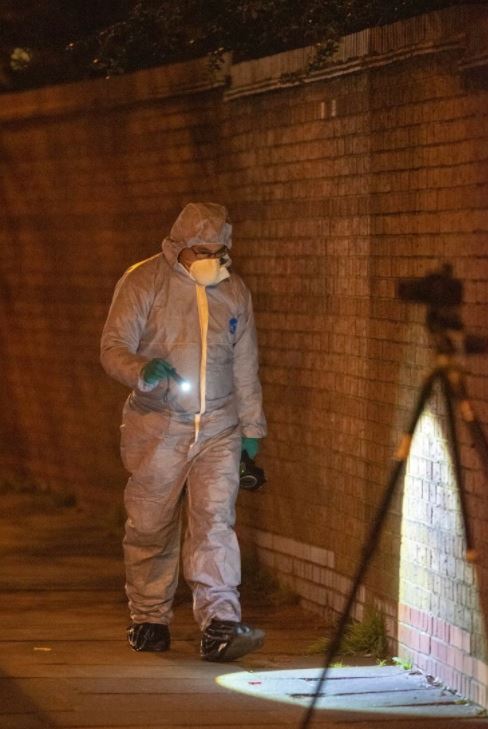 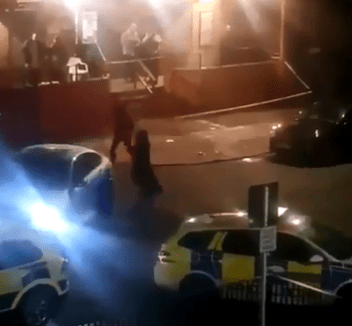 Within just ten hours police were called to at least five separate incidents, with six people taken to hospital with stab injuries.

Two teenagers were stabbed and a third suffered a head injury in Harrow Road, Westminster, where police were called at 10.30pm last night.

Their injuries are not believed to be life-threatening.

Seven miles away in Hackney, East London, a man in his 40s was left fighting for his life after he was stabbed in Dalston Lane at 3.15am this morning.

Just hours earlier a teenager was raced to hospital with non-critical injuries after he was stabbed shortly before midnight in St Matthews Road, Brixton, South London.

On the same night a man in his 20s was stabbed outside a McDonald's in Barkingside High Street.

A witness said the man rushed inside with "blood on his back", before he was rushed to hospital.

His condition is not life threatening, police said.

The horrifying night of crime comes amid a spiralling knife epidemic in the UK. 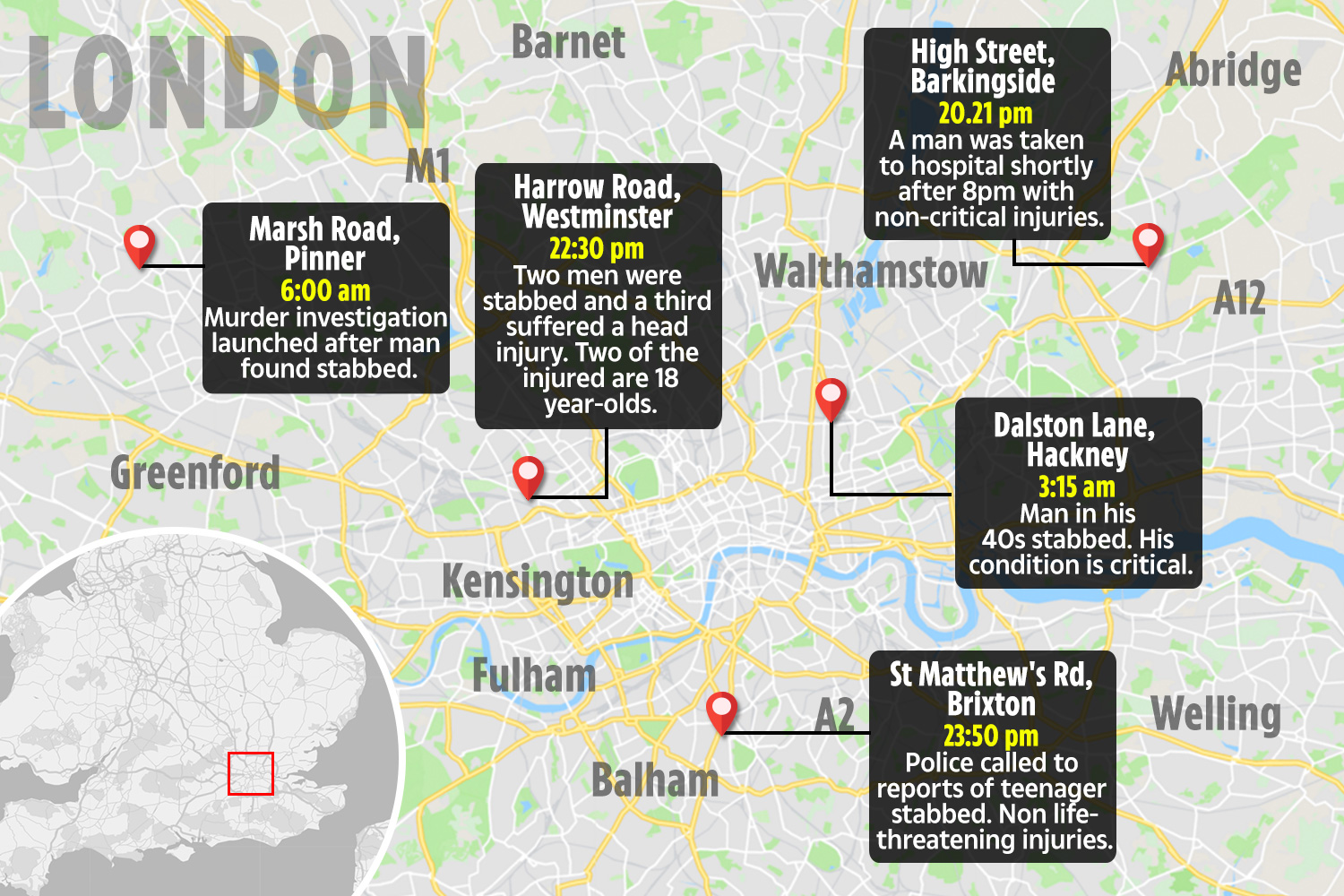 No arrests have yet been made. Police are investigating.

Anyone with information should contact police on 101 or Crimestoppers anonymously on 0800 555 111.