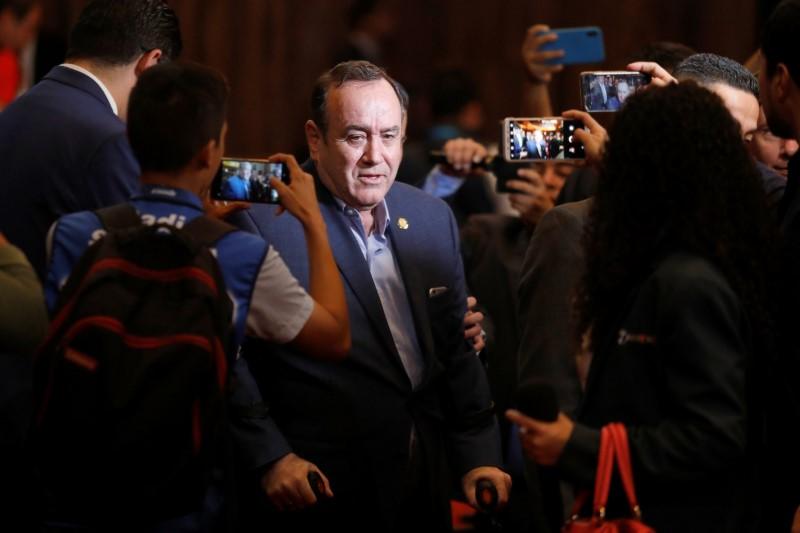 GUATEMALA CITY (Reuters) – Guatemala’s new president will take office on Tuesday under pressure from the Trump administration on immigration and security and earlier met U.S. officials as he decides his stance on a U.S. asylum agreement he previously opposed.

A conservative former surgeon and ex-prison chief, Alejandro Giammattei, 63, ran for top office three times before his victory in an August runoff on a tough-on-crime platform that included returning the death penalty.

“We will bring back the peace this country so dearly needs,” he told reporters on Monday, promising to overhaul the Central American nation’s security forces and restructure ministries.

But at the top of his to-do list will be a decision on whether to roll back or expand an agreement with the United States forged by outgoing President Jimmy Morales that makes Guatemala a buffer zone to reduce U.S. asylum claims.

Acting U.S. Homeland Security Secretary Chad Wolf, part of the U.S. delegation headed by Commerce Secretary Wilbur Ross for the inauguration, was expected to push Giammattei to expand the agreement to include Mexicans.

In a sign of the urgency of the relationship, Giammattei tweeted that he met Ross and discussed investment and economic growth to stem immigration in his first bilateral meeting on Tuesday morning, hours before he was due to be sworn in.

Neither side has revealed more details of what was discussed in the meeting.

Southwest Airlines to seek aid from U.S. Treasury as demand craters
We and our partners use cookies on this site to improve our service, perform analytics, personalize advertising, measure advertising performance, and remember website preferences.Ok