YANGON (Reuters) – A Myanmar court dismissed on Friday a case against three senior journalists from the country’s largest private newspaper, after authorities in the city of Yangon agreed to drop the charges. 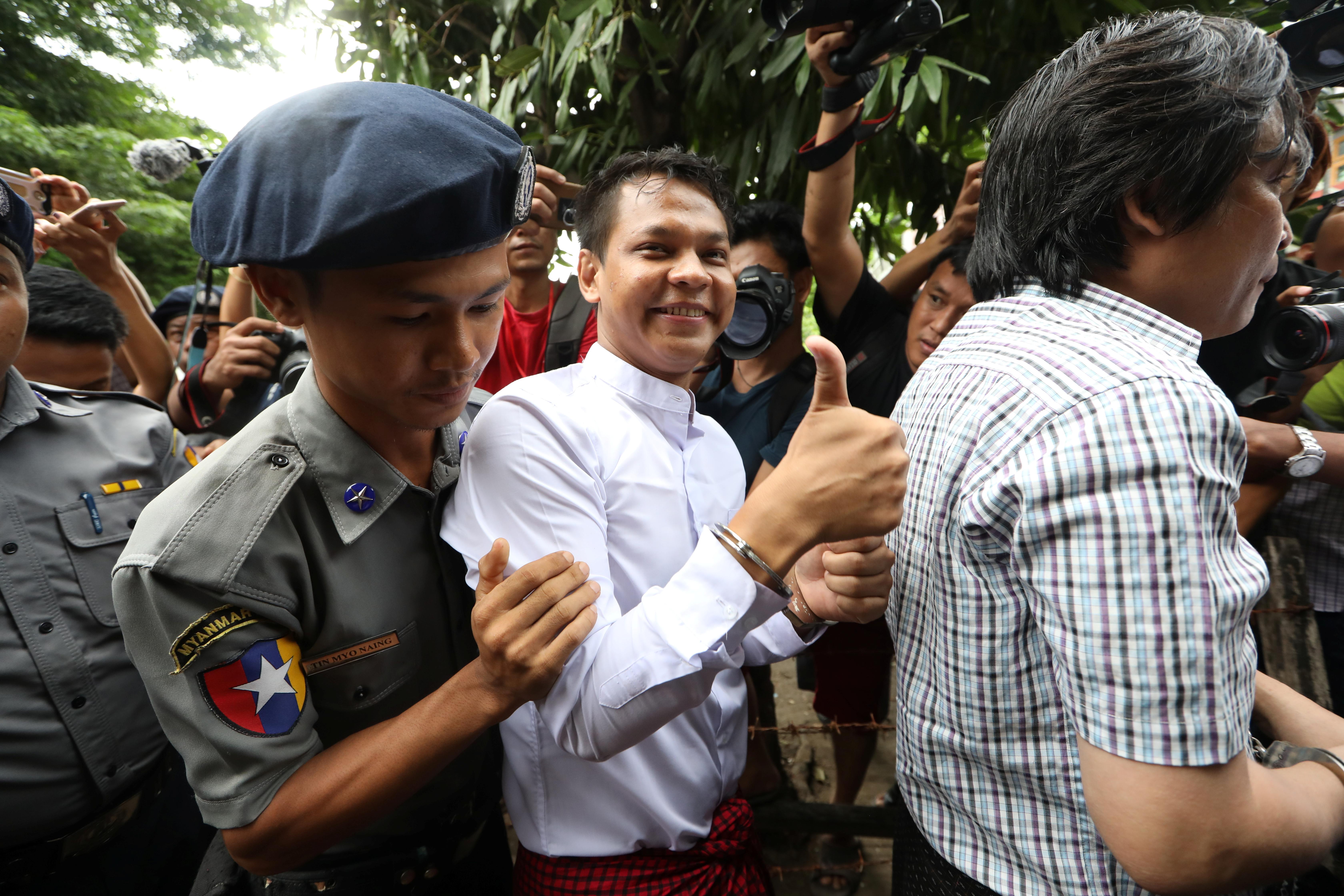 They were freed on bail on last month after President Win Myint ordered authorities to try to settle the dispute through negotiation.

“The case was dismissed today at the court,” said defense lawyer Kyee Myint. “We welcome it.”

Yangon’s regional government is headed by Chief Minister Phyo Min Thein, a protégé of civilian leader Aung San Suu Kyi and a member of her National League for Democracy party.

He has demanded an apology and said on Thursday he would press ahead with a legal case against the media group if he did not get one through the negotiations, as recommended by the president.

“If the negotiation doesn’t succeed, I will continue the legal process,” he said.

The chief minister’s assistant declined to answer questions over the telephone.

In late 2016, Eleven Media’s chief executive and another editor were detained for nearly two months over a complaint made by Phyo Min Thein over a Facebook post alleging corruption.

Phyo Min Thein told a news conference at the time that the allegations were “intended to defame my personal dignity”. Eleven Media published an apology.

On Friday, Eleven Media editor-in-chief Kyaw Zaw Linn told Reuters the outlet had no intention of apologizing this time.

“There is nothing that went wrong and we have no reason to apologize,” he said.

Free speech advocates say press freedom in Myanmar has retreated under the administration of Nobel laureate Suu Kyi, who took power in 2016 under a constitution that preserves the military’s role in politics despite a formal end to decades of army rule.

A total of 44 journalists have faced charges under various laws during her administration, freedom of expression group Athan said last month.

Two Reuters reporters were convicted in September of breaching the Official Secrets Act and sentenced to seven years in prison, drawing global condemnation.

Wa Lone, 32, and Kyaw Soe Oo, 28, were detained last December while investigating a massacre of 10 Rohingya Muslims that took place during a military crackdown in western Rakhine state.