More than half of millennials fear a nuclear attack somewhere in the world within the next decade, according to a survey by the Red Cross.

The poll of 16,000 young people also showed that 47 per cent believe World War Three is ‘more likely than not’ in their lifetime.

Adults aged between 20 and 35 took part in the survey – both in war-torn countries such as Afghanistan and Syria and largely peaceful ones like Britain and France.

Peter Maurer, president of the charity’s International Committee, said in the report: ‘Millennials appear to see cataclysmic war as a real likelihood in their lifetime.’ 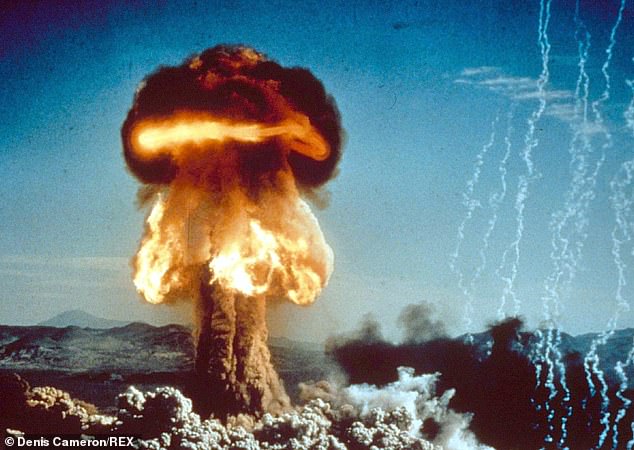 The Russian Tu-160, known as the Blackjack, is a long-distance strategic bomber capable of carrying out nuclear strikes (file photo)

The most striking result came in reply to the question: ‘In your opinion, how likely or unlikely is it that nuclear weapons will be used in wars or armed conflicts anywhere in the world within the next 10 years?’

Some 54 percent said they felt it was likely such weapons would be used.

The survey also revealed some ‘worrying trends’ such as the answers they received to the question: ‘In your opinion, is torturing captured enemy combatants acceptable under some circumstances, or is it never acceptable?’

Some 41 per cent said they would support torture in some circumstances.

And just 54 percent had heard of the Geneva Convention, agreed in 1949 to protect prisoners of war and civilians in war time in response to the horrors of the Second World War.

Maurer said the results also revealed ‘a worrying acceptance of dehumanising language or actions towards perceived or real “enemies” that is prevailing in an era of fake news, disinformation and polarised viewpoints’.

But there was some optimism, such as the 60 per cent of Syrians polled who said they believed the current civil conflict would end within the next five years.

Syrians also had the highest support among respondents for showing humanity in war, with 85 per cent saying captured combatants should be allowed to contact relatives and 70 per cent saying torture was never acceptable.

The highest support for torture of captured enemy combatants was in Israel, Nigeria and the United States.

The Red Cross is a humanitarian institution established in 1863 with a mandate to protect the victims of conflict.