THIS is the shocking moment a mass brawl erupts between McDonald’s employees and two customers who allegedly refused to pay for their food.

Footage shows the two unruly customers punching the restaurant’s burly security guard at a branch in Manchester city centre in the early hours of Wednesday morning. 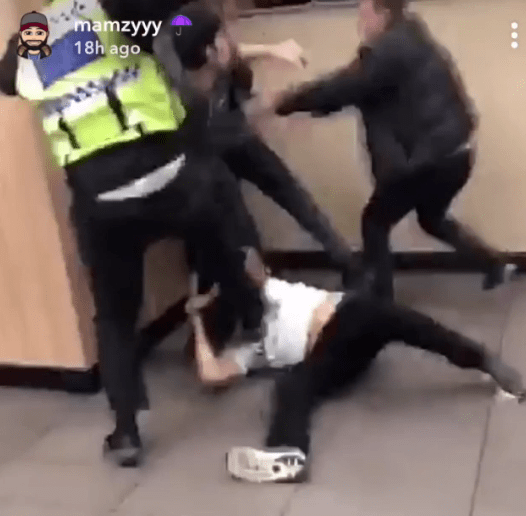 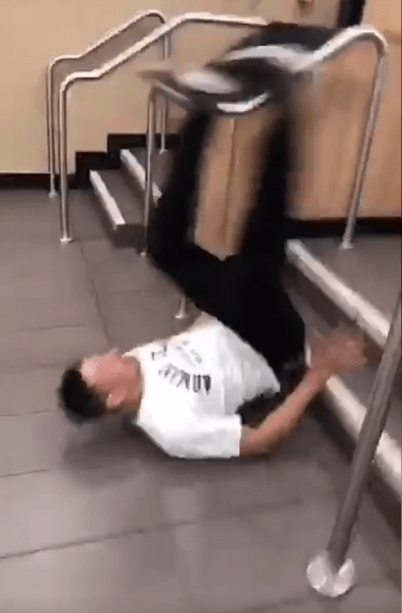 Other McDonald's staff then rush to the guard's aide and join in the violent scrap.

The two men are then dragged out of the restaurant while crowds watch the mayhem unfold.

Snapchat user @mamzyyy – who filmed the footage – claimed the two men started swearing at the guard after he marched them to the till to pay.

He said: “It started when the two guys didn’t pay for their food so the security took them to the till to make them pay and one of them punched one of the workers out of nowhere.

“That’s how it all started.

"I didn’t manage to get this bit on camera but the two guys even sprayed the McDonald’s workers with a fire extinguisher."

At the start of the clip, the two customers are seen rowing with the guard and insist they've paid for their food.

The security guard politely asks the men to “calm down", and asks: "Why you shouting?”

Then one of the customers squares up to the security guard and starts punching him.

The trio then begin exchanging brutal punches in front of stunned diners.

At one point, the customer wearing a white t-shirt throws a blow at the security guard but topples down the restaurant stairs.

McDonald’s employees then rush to the guard’s aid and drive the two men out of the door.

The Sun Online has contacted Greater Manchester Police and McDonald's for comment. 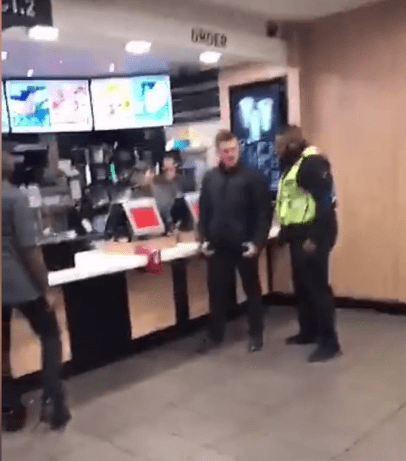 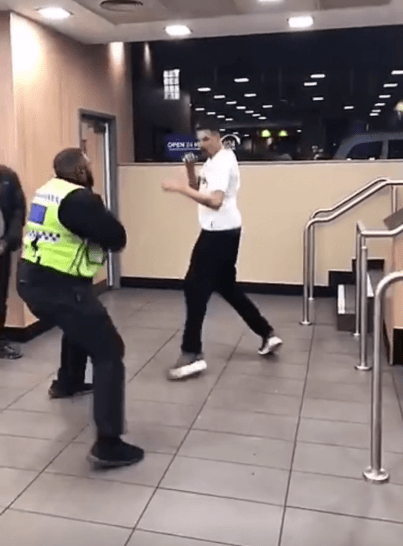 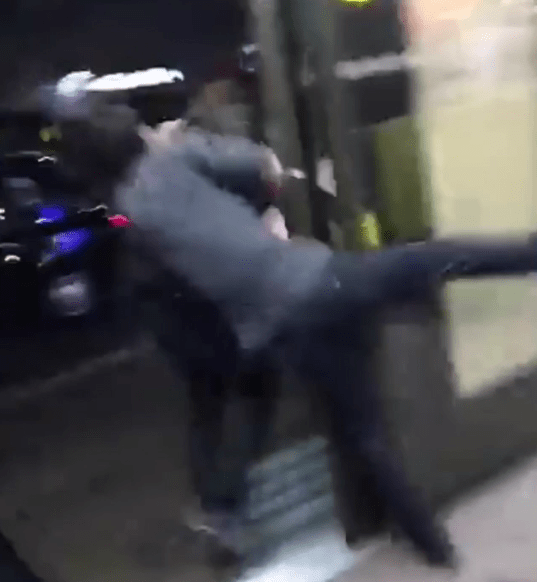 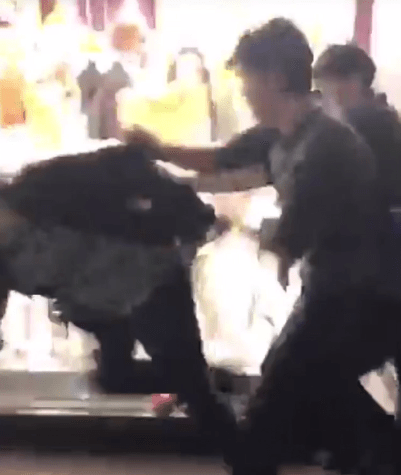