Convicted child rapist Mary Kay Letourneau, who died of stage four cancer, left her estate to her ex-husband who she abused when he was 12 and later married, and their two daughters

Mary Kay Letourneau, the former Seattle middle school teacher who was convicted of raping a sixth-grade student in the 1990s before marrying him, has left her entire estate to him and their two children.

Letourneau died of stage four colon cancer on July 7 at the age of 58.

Before her death she decided to leave her estate to her former husband Vili Fualaau and their two daughters.

Letourneau made headlines in 1997 when she abused Fualaau when he was just a 12-year-old student while she was a teacher and she was sentenced to jail. She later married him, but after 12 years they seperated.

‘She loved Vili to the end. She had built a life with him and he deserved to inherit what little she had,’ a source close to Letourneau said to People Magazine.

‘He got the photos, the memories, a lot of sentimental things. They didn’t have a ton of money, but he and the girls are going to divvy that up. They’re more interested in the sentimental things, though,’ the source added. 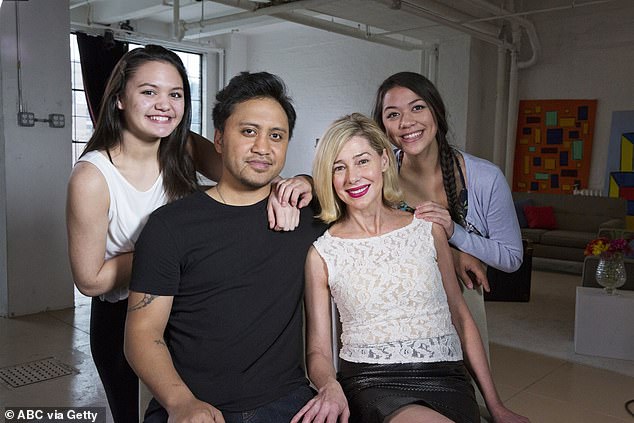 Mary Kay Letourneau, the former Seattle middle school teacher who was convicted of raping Vili Fualaau, then a sixth-grade student, in the 1990s before marrying him, left her entire estate to him and their two children. Letourneau and Fualaau and their daughters Georgia and Audrey above 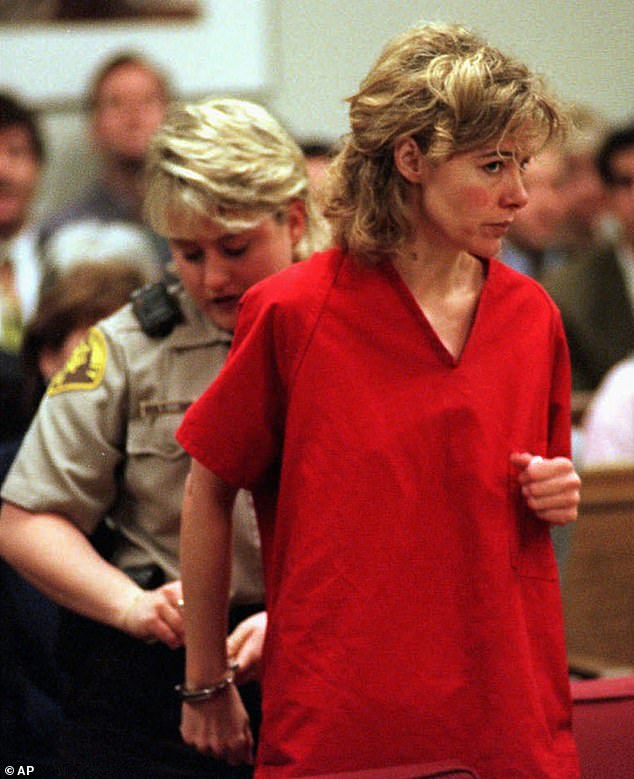 Mary Kay Letourneau has her handcuffs removed during a court hearing in Seattle in February 1998. That year she was sentenced to seven years in prison on second-degree child rape charges and for violating a no-contact order 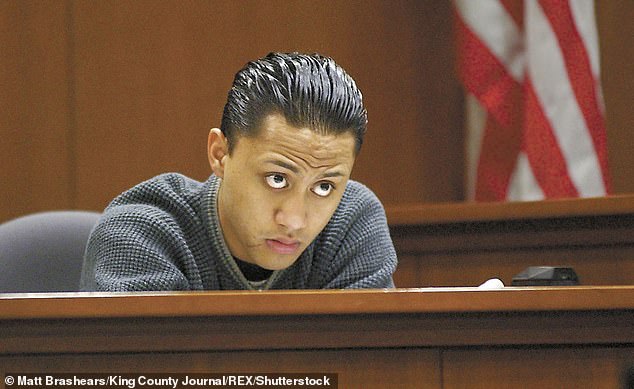 Fualaau was a troubled Samoan boy from a broken home living in a rough part of Seattle at the time of the scandal. His father served time in prison for an armed robbery, and he had a difficult relationship with his mother

In 1996 Letourneau, a 34-year-old sixth-grade teacher, began sexually abusing Fualaau, who was then her 12-year-old student.

She was jailed twice, in March 1997 when she was initially sentenced to three months in jail and in February 1998 when she was sentenced to seven years in prison on second-degree child rape charges and for violating the no-contact order.

She gave birth to two kids with Fualaau while he had still not yet turned 15, despite court orders trying to keep them apart.

Letourneau and Fualaau then once again shocked the world when tied the knot in 2005.

They remained married for 12 years, until Fualaau filed for divorce in 2017. It was finalized in 2019.

Fualaau was a troubled Samoan boy from a broken home living in a rough part of Seattle at the time of the scandal. His father served time in prison for an armed robbery, and he had a difficult relationship with his mother.

1996:  Their sexual relationship began when he was 12 and she was 34. She says it began when they went to dinner after a day of summer classes and that he asked to kiss her in her car. She let him

One of his relatives alerted the school and Letourneau is arrested on statutory rape charges.

Steve files for divorce and gets custody of their four kids.

November 1997:  She serves three months in prison as part of a plea deal

August 1998: The pair are caught having sex in a car again and she is sentenced to seven years in prison. She is already pregnant with their second daughter

October 1998: Their second daughter is born in prison

2017: Fualauu files for separation but they reconcile

August 2019: The separation is finalized

Though the couple finalized their separation in August last year, Fualaau had been providing her with 24 hour care in the final stages of her life.

In a joint statement following Letourneau’s death the Fualaaus and the Letourneaus said they were ‘deeply saddened’ and shared that she died ‘peacefully’ after a six-month battle.

The insider said there will now be no controversy over Letourneau’s estate.

‘No one is going to fight over what she had. They are all mourning her death, and they family has drawn very close together. And now everyone is going to be able to move forward,’ the source said.

Though their controversial romance never found its happily-ever-after, in the three years since their separation the pair remained close and ‘still had a lot of love for one another’, a friend said in July.

‘They didn’t speak every day, but she would update him on her cancer treatment,’ a source told PEOPLE.

‘At the beginning, the talk was that she was going to beat it, that even though the prognosis wasn’t good, that she’d fight with everything she had, and that she had a shot of surviving it.’

In an interview with TODAY, her friend and longtime attorney David Gehrke said after her death that Fualaau uprooted his life to ensure he could be there to carry out that care.

‘Vili moved back from California, gave up his life there, and for the last two months of Mary’s life he stood by her 24/7 taking care of her,’ he said. ‘So yes, they were divorced and they had their spats, but they were always in love with each other.

‘Their marriage lasted longer than most,’ he continued. ‘But they always, always deeply cared for each other.’

If you or someone you know has been a victim of sexual abuse, text “STRENGTH” to the Crisis Text Line at 741-741 to be connected to a certified crisis counselor.