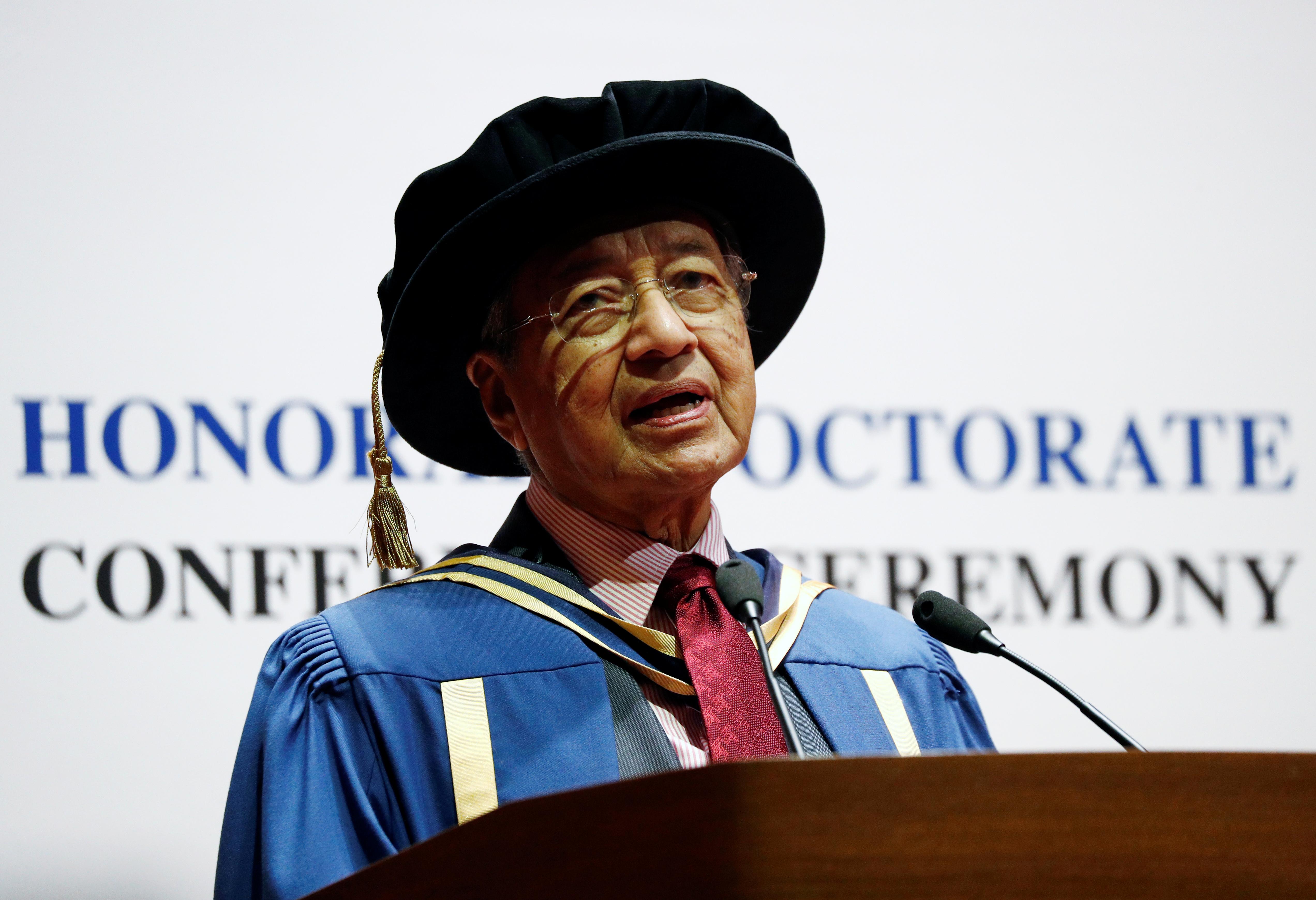 The U.S. investment bank has been under scrutiny for its role in helping raise funds through bond offerings for 1Malaysia Development Bhd (1MDB) TERRN.UL, which is the subject of corruption and money-laundering investigations in at least six countries.

The U.S. Department of Justice has said about $4.5 billion was misappropriated from 1MDB, including some money that Goldman helped raise, by high-level officials of the fund and their associates from 2009 through 2014. U.S. prosecutors filed criminal charges against two former Goldman Sachs bankers earlier this month.

Asked if he had officially requested the U.S. DOJ to help return money that Goldman charged for its dealings with 1MDB, Mahathir said:

“It takes a little bit of time but they (DOJ) have promised that they will give back the money.” He was speaking on the sidelines of a speech he delivered in Singapore.