A 37-year-old suspect accused of shooting and killing a man and kidnapping his own ex-girlfriend in Los Angeles was arrested in Riverside County this week, authorities said.

Suspect Shane Rayment’s ex, identified as Jenny Marie Downes, 31, was found alive in the car he was driving when he was arrested, according to FOX 11 in Los Angeles.

She was “battered and bruised,” the Los Angeles Police Department said, but her injuries were non-life-threatening.

Rayment allegedly fatally shot Roberto Fletes, 42, in North Hollywood on Sunday after Fletes tried to intervene while Rayment was apparently fighting with Downes shortly before she was kidnapped. 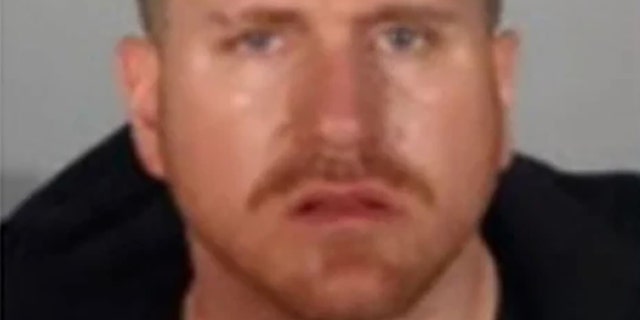 Shane Rayment, 37, is accused of fatally shooting Roberto Fletes in North Hollywood on Sunday and kidnapping his ex-girlfriend. He was arrested in Riverside County Tuesday. (LAPD)

Police arrested Rayment after locating the car he was suspected of driving in Hemet, California, around 5 p.m. Tuesday. He had ditched the truck he was initially driving.

Hemet is about 86 miles southeast of downtown Los Angeles.

Rayment was arrested in a joint operation between the LAPD, the Hemet, Murietta and Beaumont police departments and the Riverside County Sheriff’s Department.

Downes was found in the car along with another man who police said had no connection to the kidnapping and was released.

Rayment was being held in lieu of $3 million bail, according to FOX 11.