LARA Trump confirmed she is not running for the Senate so she can focus on her kids during a speech at the North Carolina Republican State Convention on Saturday night. 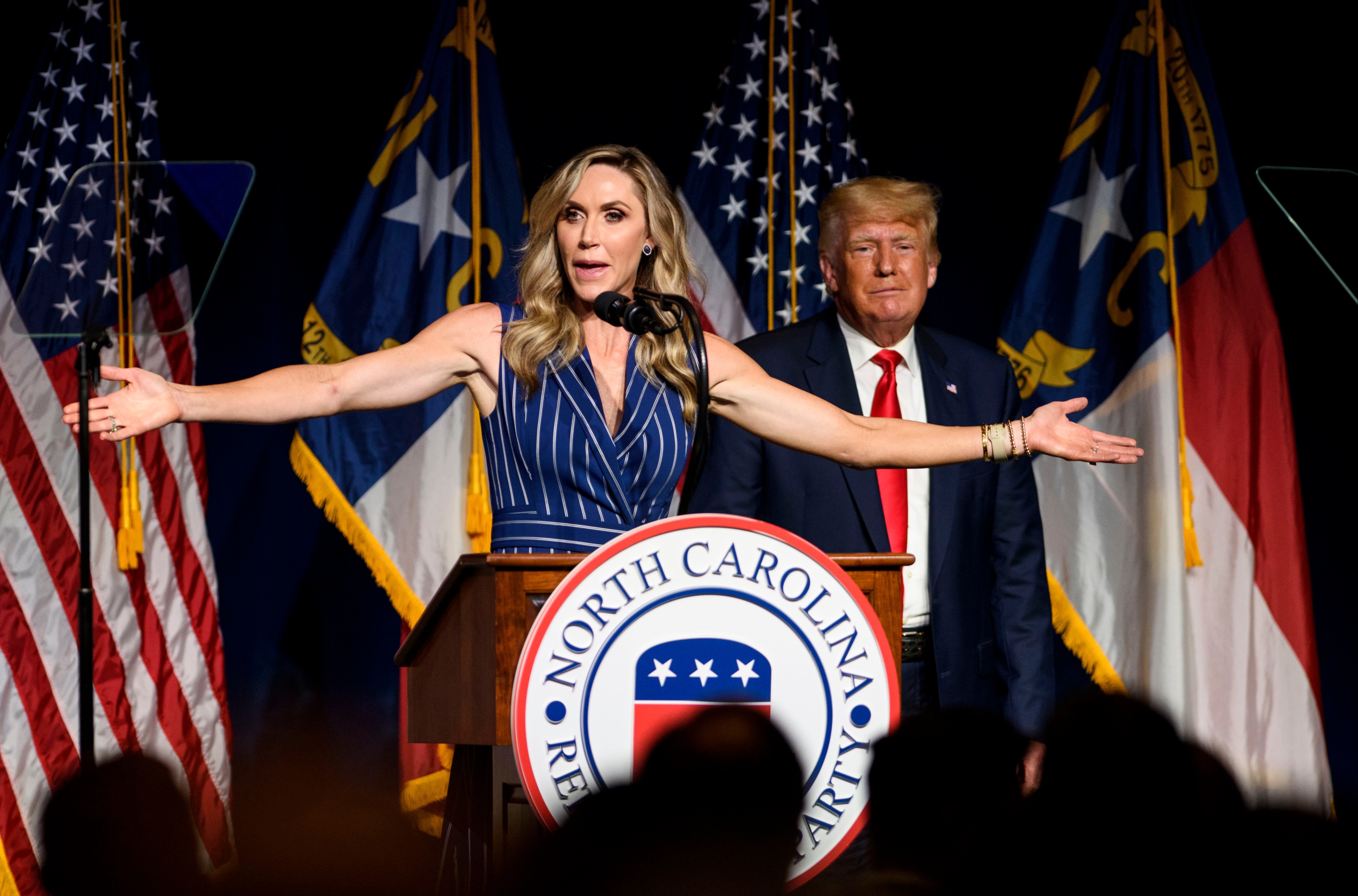 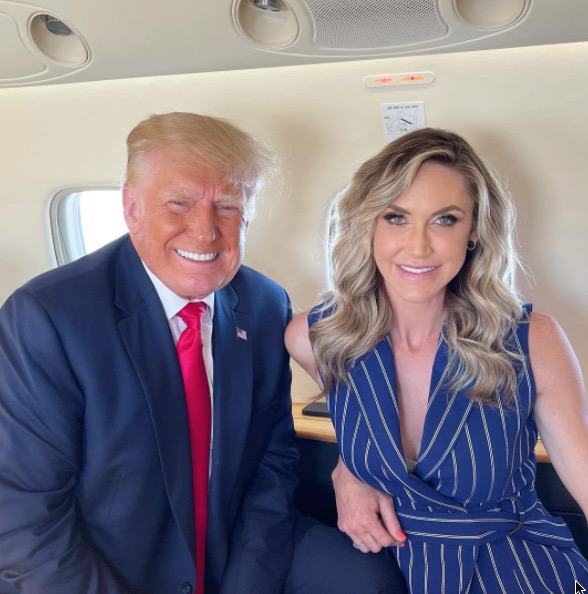 The mother-of-two said that she made the decision because her children are still so young.

She vowed that it was a "no for now, not a no forever" as she spoke during her father-in-law Donald's keynote speech.

“It is going to be very hard for me to enter this Senate race right now,” said Lara, who is married to Trump's second eldest son Eric.

"When you do something, you give 100 percent," she continued.

"I would absolutely love to come back and consider running for something here in my home state because I love it dearly." 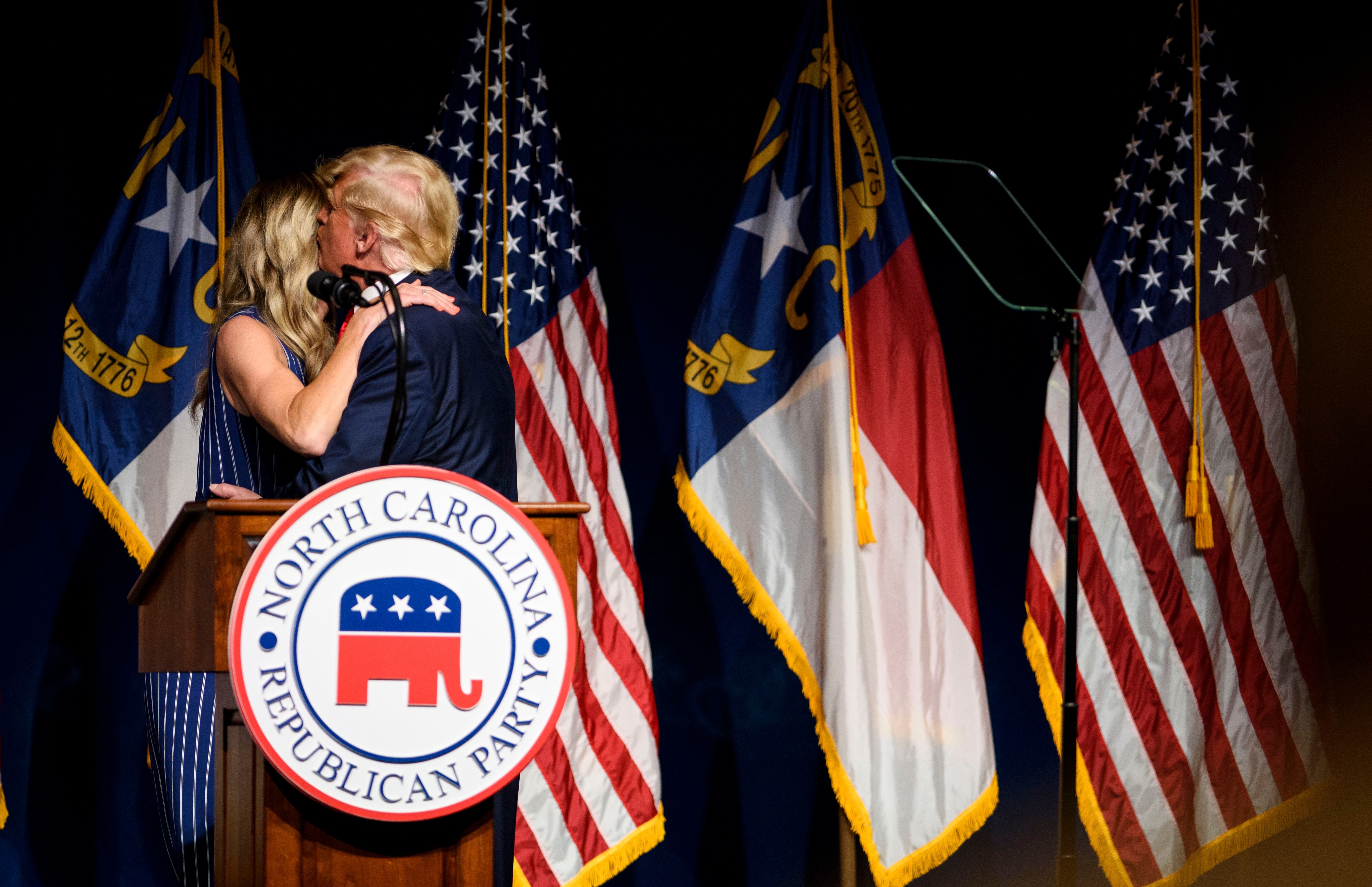 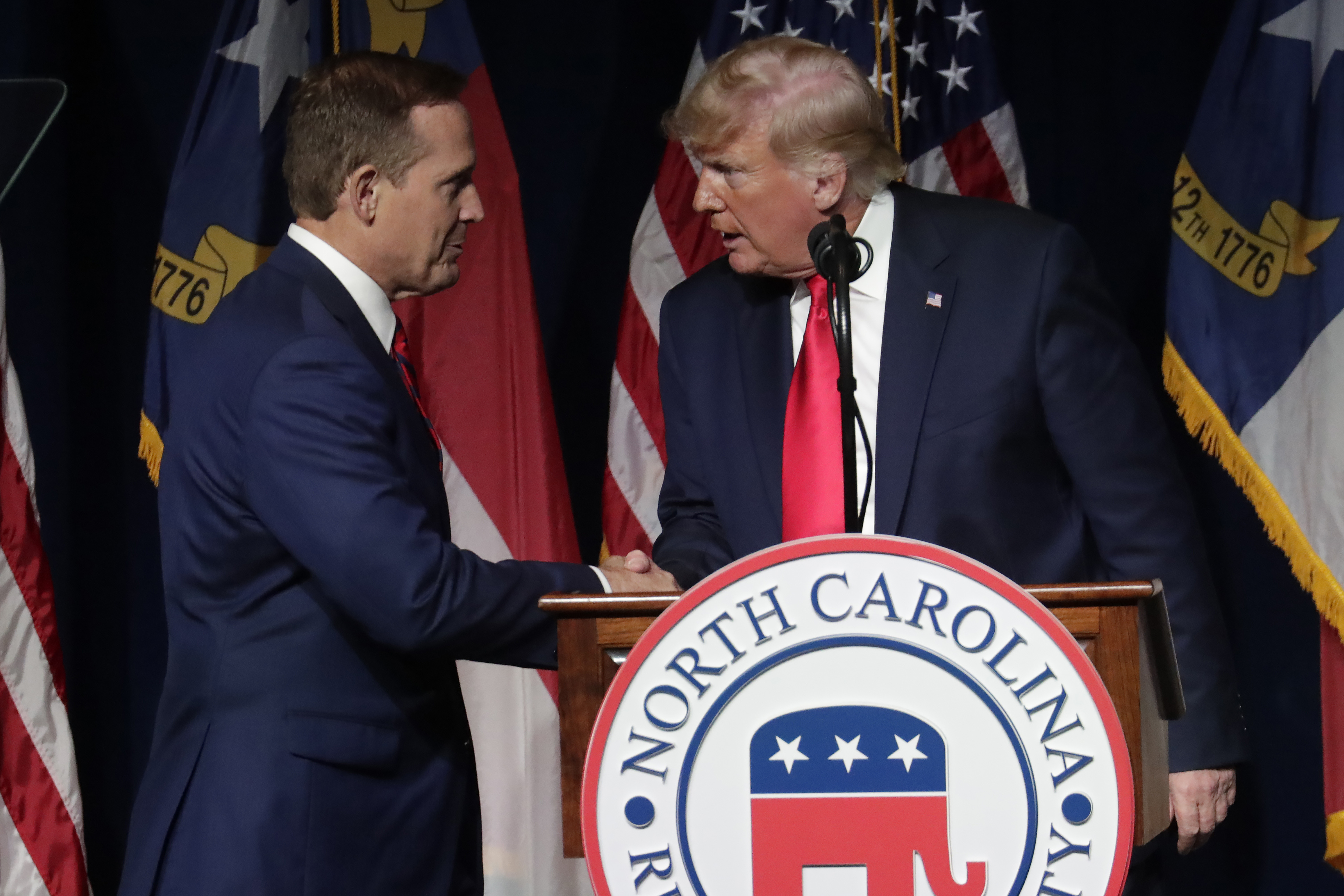 Lara noted how she is so proud to be from North Carolina that she named her daughter after the state.

She and Eric have two children together – Luke, three, and Carolina, one.

Lara called Budd a "very special person who is going to do an amazing job as your next Senator.”

He praised Lara and claimed she would have been a hard candidate to beat.

Trump also claimed that other candidates were waiting to see if she would run before making their own announcements.

"She would have been tough," he said.

"But I think she did the right thing for her and for her family." 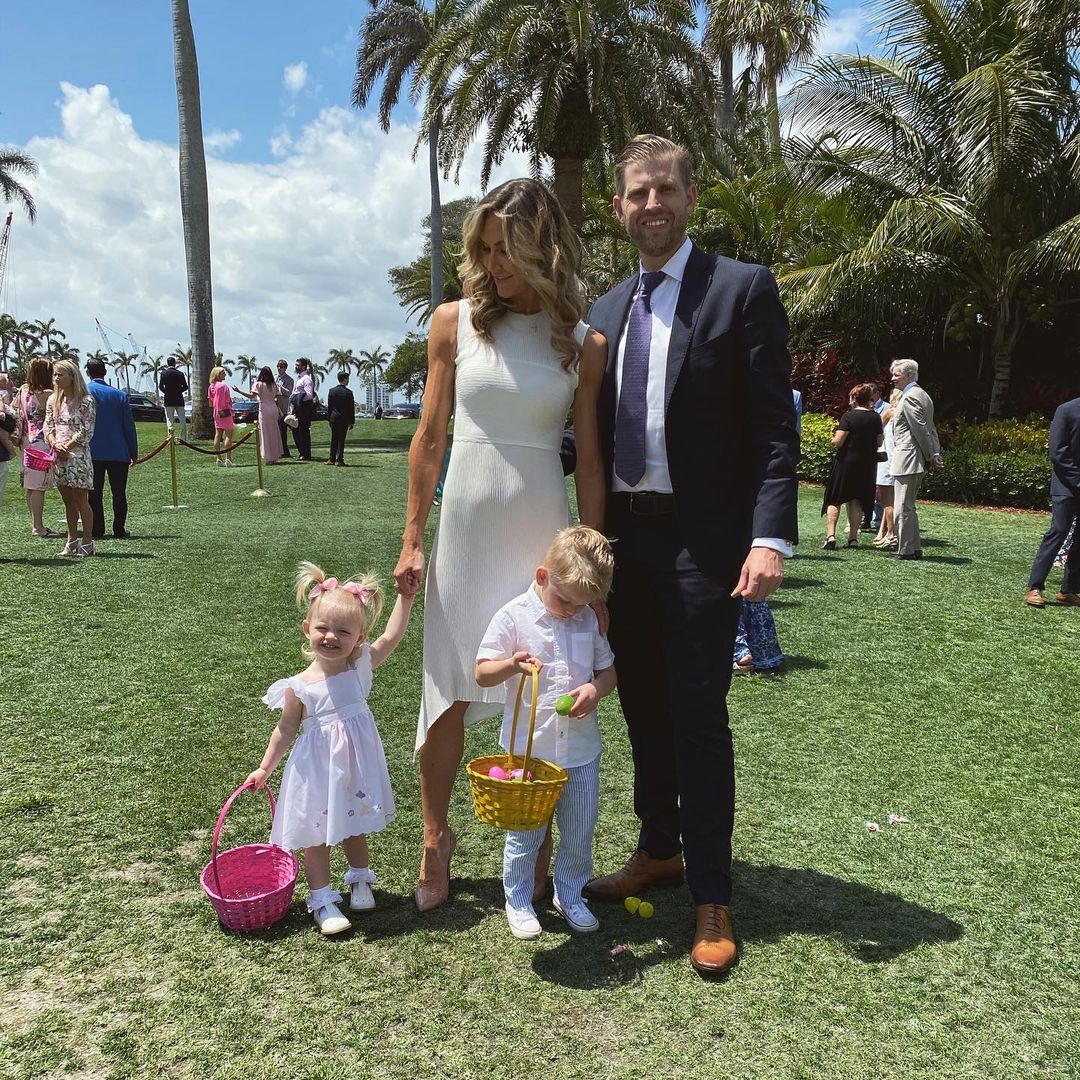 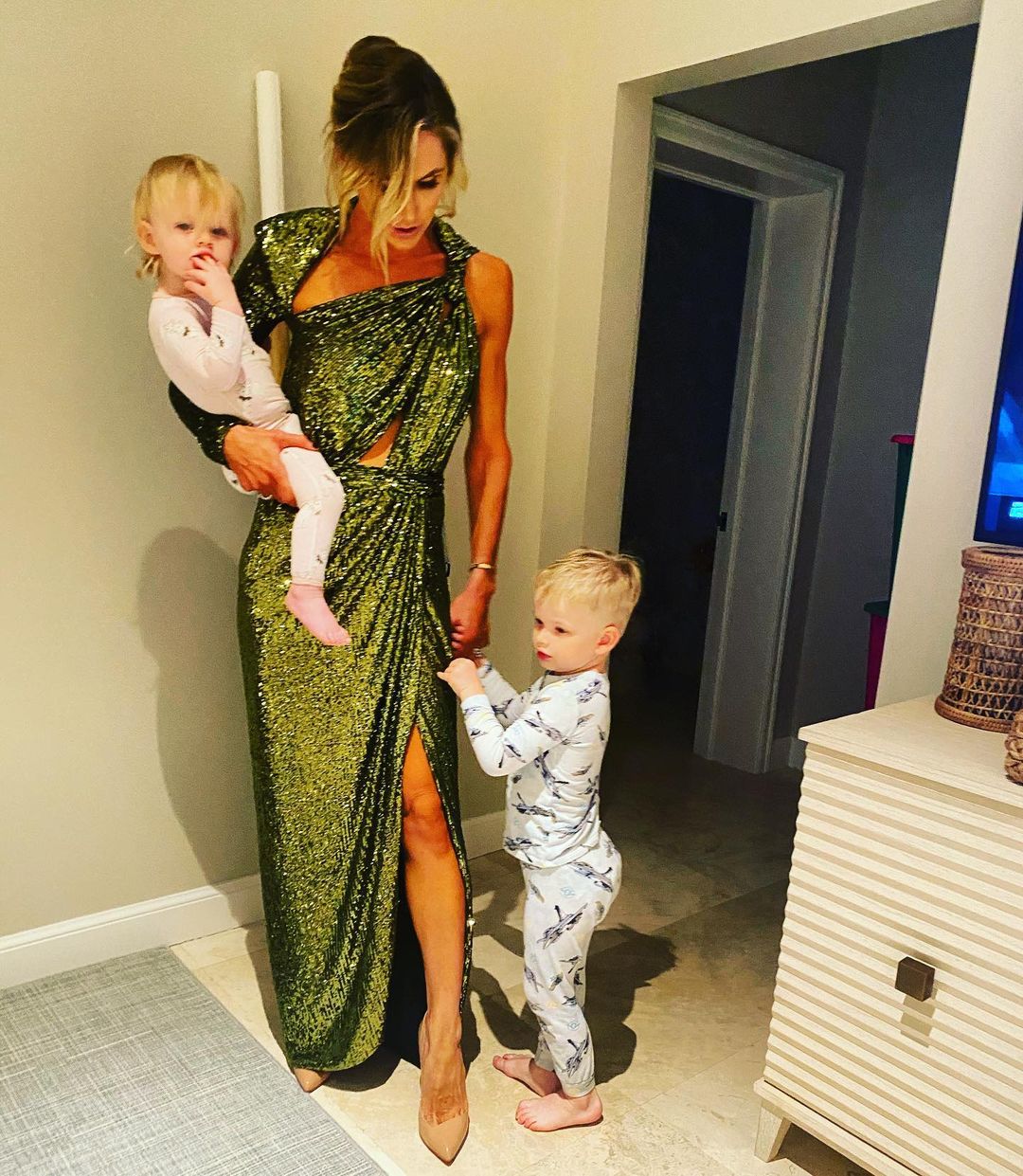 In March, Trump had made the surprise announcement that Lara was considering a Senate run.

The former president made an impromptu appearance at the Big Dog Ranch Rescue event which was being hosted at his resort Mar-a-Lago in Florida.

He acknowledged Lara who had set up the fundraiser.

Trump said: "I want to thank Lara, who's been so incredible.

His comments were met by massive cheers from the crowd, with Trump remaining very popular despite losing the White House to Joe Biden.

Lara has previously worked as a TV producer and has set up a pro-Trump webcast called "Real News Update."

The Senate seat she was rumored to be linking of was vacated by Republican Richard Burr.

Saturday night's speech marked Trump's fiery comeback as he begins the next stage of his political career.

He blasted Democrats over the "impeachment hoax" and slammed Biden over immigration and China.