Charles will host first state visit as King today when he welcomes the South African leader to UK: Monarch will be joined by Queen Consort, and Prince and Princess of Wales for ceremony and banquet at Buckingham Palace

South African president Cyril Ramaphosa touched down in the UK today as he prepares to meet King Charles for the monarch’s first state visit of his reign.

The Prince and Princess of Wales will play a key role in the visit, greeting Mr Ramaphosa and his wife, Tshepo Motsepe, before the two couples travel to Horse Guards Parade to view a welcoming ceremony with the King and Queen Consort.

A thousand soldiers and two hundred horses will take part in a parade, before a carriage procession to Buckingham Palace for a private lunch.

Charles will then accompany the president as he views South African artefacts from the Royal Collection in the Picture Gallery. This evening, the King will preside over his first state banquet as monarch alongside Camilla, William and Kate.

Climate change, trade and Charles’s vision for the Commonwealth are expected to be on the agenda. South Africa is the UK’s biggest trading partner on the continent with trade between both countries worth £10.7billion annually.

However, despite the wealth of pomp and pageantry on display, the visit risks being clouded by events in South Africa, where Ramaphosa risks impeachment for allegedly failing to report a major raid at his luxury farmhouse which saw raiders take £3.4million in cash. 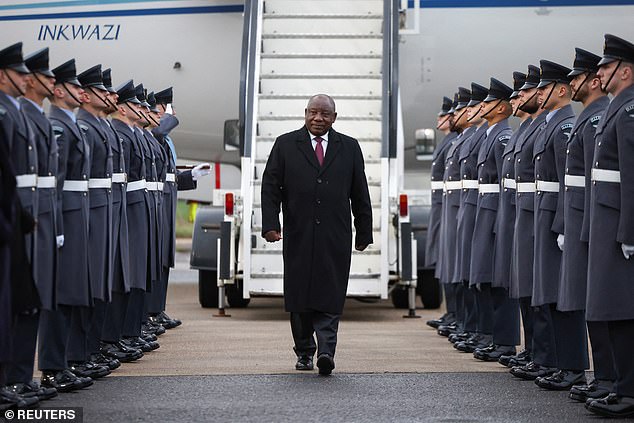 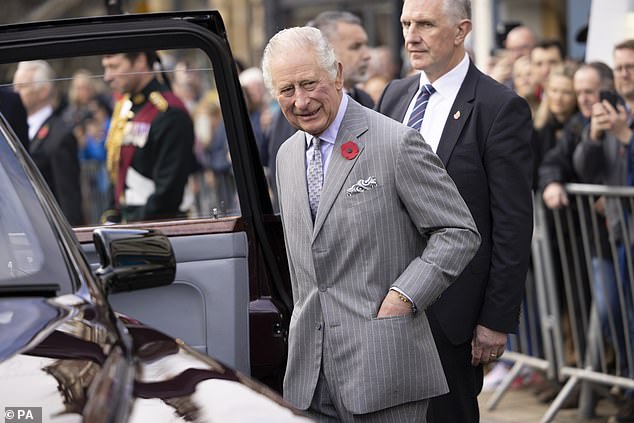 Charles – seen on a visit to York – will preside over his first state banquet as monarch, held in honour of the president

Also on the agenda is an address to lawmakers from both houses of parliament and a meeting with Prime Minister Rishi Sunak in Downing Street.

The next phase of the UK-South Africa Infrastructure Partnership is being launched today, supporting South Africa’s economic growth through major infrastructure developments and offering increased access to UK companies to projects worth up to £5.37 billion over the next three years, said Downing Street.

Mr Sunak said: ‘South Africa is already the UK’s biggest trading partner on the continent, and we have ambitious plans to turbocharge infrastructure investment and economic growth together.

‘I look forward to welcoming President Ramaphosa to London this week to discuss how we can deepen the partnership between our two great nations and capitalise on shared opportunities, from trade and tourism and security and defence.’

The two-day state visit will see a series of firsts for the royal family who will take part in events over the coming two days as they host their guest Mr Ramaphosa.

South Africa’s High Commissioner, Jeremiah Nyamane Mamabolo, hailed the importance of the state visit after speaking to the King a few weeks ago when Charles visited an exhibition of South African fashion in London. 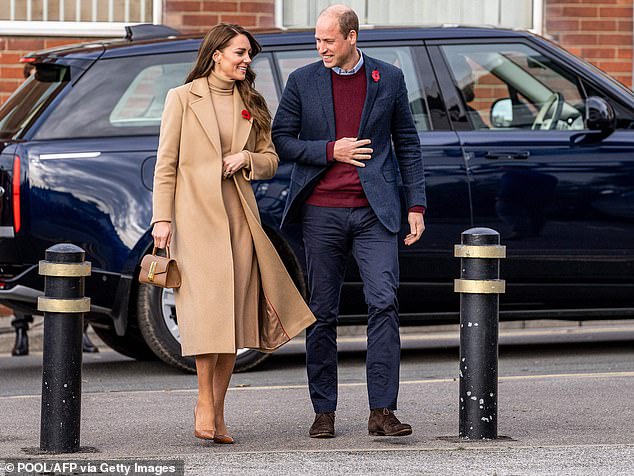 The Prince and Princess of Wales will play a key role in the visit, greeting Mr Ramaphosa and his wife, Tshepo Motsepe, before the two couples travel to Horse Guards Parade to view a welcoming ceremony with the King and Queen Consort

Mr Mamabolo, who is expected to be among the state banquet guests, said: ‘The important thing is that the King has focused for his first visit, to be with Africa, South Africa, and the Commonwealth.’

During the welcoming ceremony on Horse Guards Parade, the president, accompanied by the King, will inspect the Guard of Honour, found by Number 7 Company Coldstream Guards.

Cyril Ramaphosa was Jacob Zuma’s deputy in 2014 and gained the presidency in 2018.

But he is currently fighting for his political life and facing calls to resign as the deeply divided ruling party African National Congress (ANC) is to hold a vote on its leadership in December.

A scandal in which Ramaphosa is accused of concealing a multi-million dollar cash theft has piled pressure on him.

He faces an accusation that he failed to report a heist at his luxury cattle farmhouse in which robbers took $4million (£3.4m) in cash and instead organised for the robbers to be kidnapped and bribed into silence.

The president has acknowledged a burglary but denies kidnapping and bribery, saying he reported the break-in to the police.

A panel appointed by South Africa’s parliament is set to determine whether to impeach him.