The oldest woman in the world has extended her record by celebrating her 117th birthday at a nursing home in southern Japan.

Kane Tanaka marked the occasion with a party at the home in Fukuoka which was attended by friends and family, the Japanese channel TVQ Kyushu Broadcasting reported.

Ms Tanaka, whose birthday was on 2 January, took a bite from a slice of her big birthday cake and said with a smile: “Tasty, I want some more.” 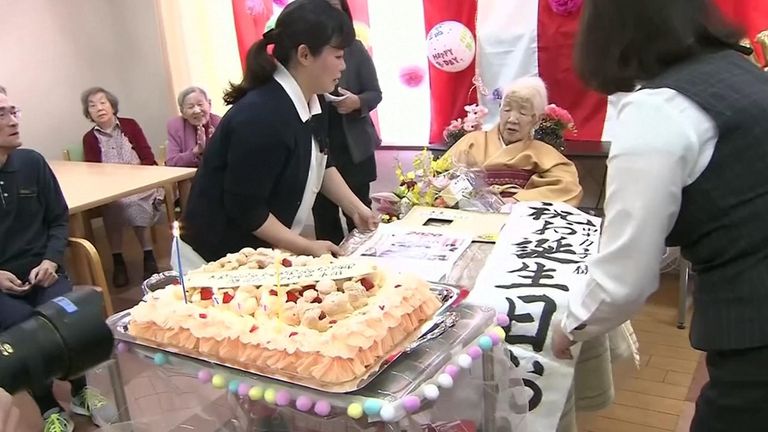 The Japanese supercentenarian was confirmed as the oldest living person when she was aged 116 years and 66 days last year, according to Guinness World Records.

Her age is symbolic of Japan’s ageing population, which, coupled with its falling birth rate, is raising concerns about labour shortages and prospects for future economic growth.

The number of babies born in Japan fell an estimated 5.9% last year to fewer than 900,000 for the first time since the government started compiling data in 1899, according to Japan’s welfare ministry.

The couple had four children and adopted a fifth. 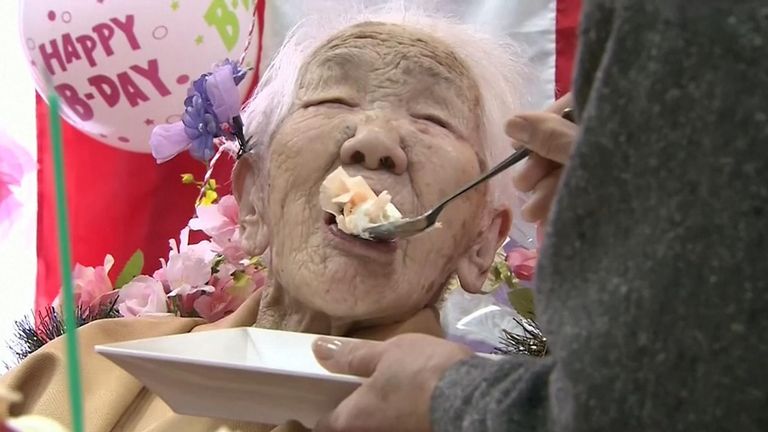