Johann Rehbogen, who can be named but whose face cannot be shown in the media, is accused of working as a guard at the Nazis’ Stutthof site, near what is now the Polish city of Gdansk.

The 94-year-old is charged in Germany with being an accessory to hundreds of deaths at the camp, where more than 60,000 people died.

This is despite there being no evidence linking him to a specific crime.

Inmates were killed in a gas chamber, with deadly injections of petrol or phenol directly to their hearts or shot, starved and even forced outside in winter without clothes until they died of exposure, prosecutor Andreas Brendel said. 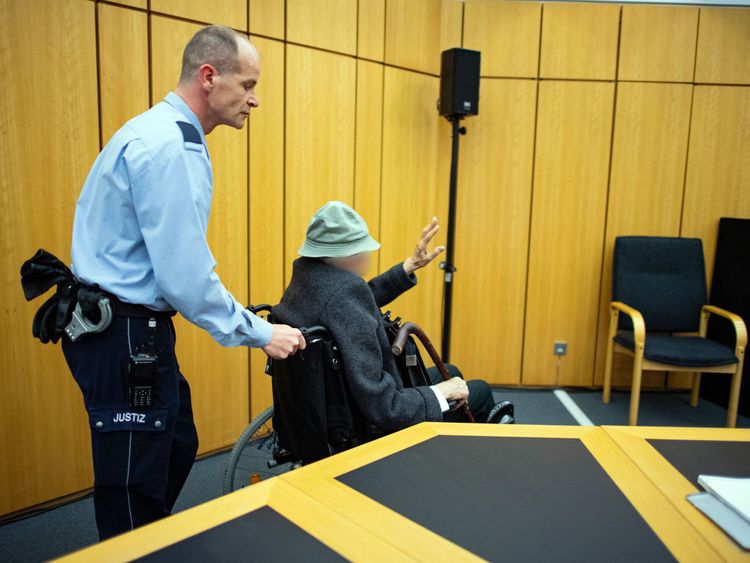 Rehbogen, from Borken, near the Dutch border, worked at Stutthof from June 1942 to September 1944.

He does not deny serving in the camp during the Second World War but has said he had nothing to do with the killings and did not know they were taking place, Mr Brendel said.

The former SS sturmmann, who arrived for his trial in a wheelchair, is being tried in a juvenile court in Munster because he was under 21 at the time the alleged crimes were committed.

Because of his age and health, court proceedings are limited to two hours a day, with no more than two non-consecutive days a week, while the trial is expected to last until January.

Rehbogen’s lawyer, Andreas Tinkl, said the former Nazi, who spoke with a rough voice when confirming his identity, will make a statement, but it is not clear when.

Efraim Zuroff, head Nazi hunter for the Simon Wiesenthal centre, said such trials are important, even more than 70 years after the end of the Second World War.

“The passage of time in no way diminishes the guilt of Holocaust perpetrators and old age should not afford protection to those who committed such heinous crimes,” he said.

The centre helped find around 20 Stutthof survivors for the case to serve as possible witnesses.

Even though the number of suspects is dwindling, the special federal prosecutor’s office in Ludwigsburg that investigates Nazi war crimes still has multiple cases ongoing.