‘IS-infested’ island wiped out by 40 tonnes of explosives

US warplanes have dropped 40 tonnes of explosives on an island in northern Iraq to annihilate an Islamic State hideout.

F-15 and F-35 fighter jets were used in the joint operation between US-led coalition forces and the Iraqi Counter-Terrorism Service, which targeted Qanus Island in the Tigris River.

Footage of the attack on IS – also known as Daesh and ISIS – was released by the coalition in a tweet, saying: “Here’s what it looks like when @USAFCENT #F15 and #F35 jets drop 36,000 Kg of bombs on a Daesh infested island.” 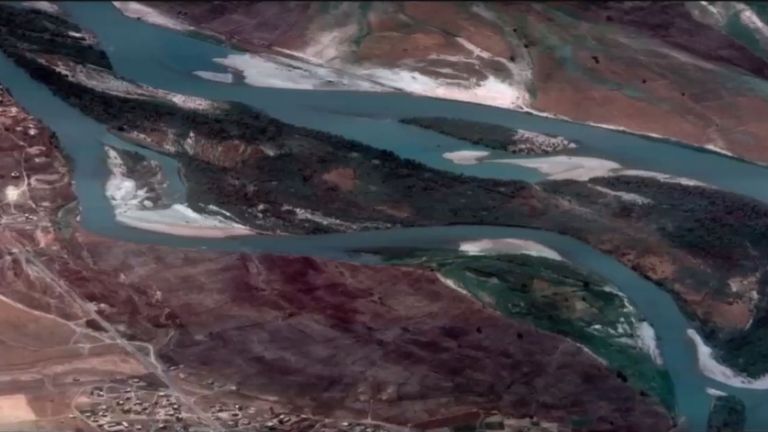 It showed aerial views of the mile-and-a-half-long island before, during and after its obliteration.

The island lit up as several dozens of bombs were dropped in quick succession, creating large explosions which unleashed huge plumes of fire and smoke into the sky. 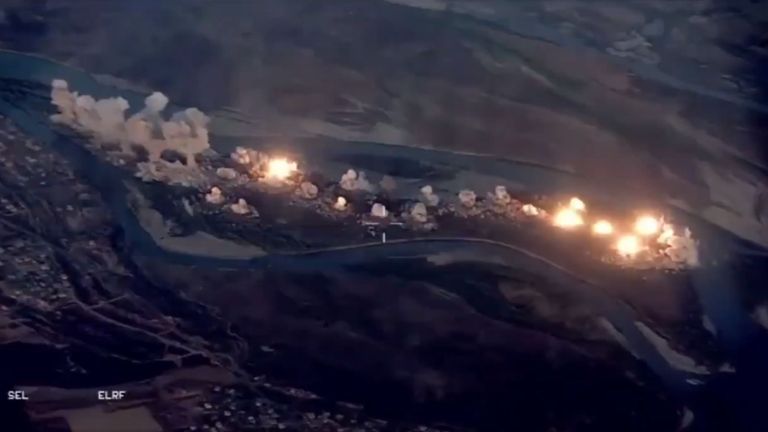 Soldiers and military vehicles could also be seen on the ground, against the backdrop of the airstrikes.

Based on the footage, the island did not appear to be inhabited, but areas on either side of the river, on the mainland, appeared to be settled. It is unclear if civilians were moved before the attack. 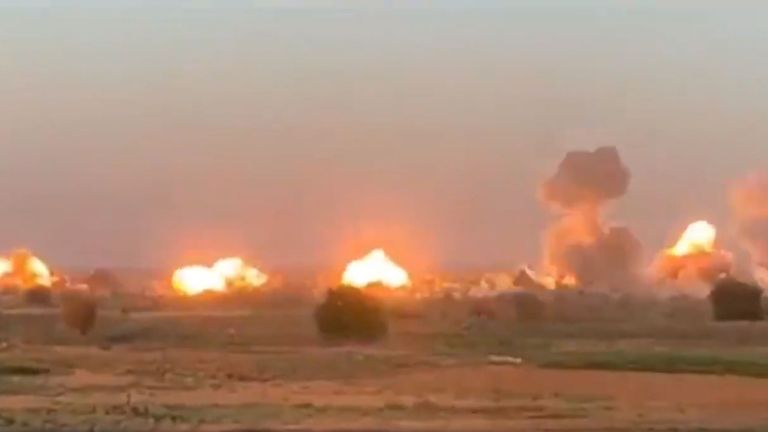 “We’re setting the conditions for our partner forces to continue bringing stability to the region.” 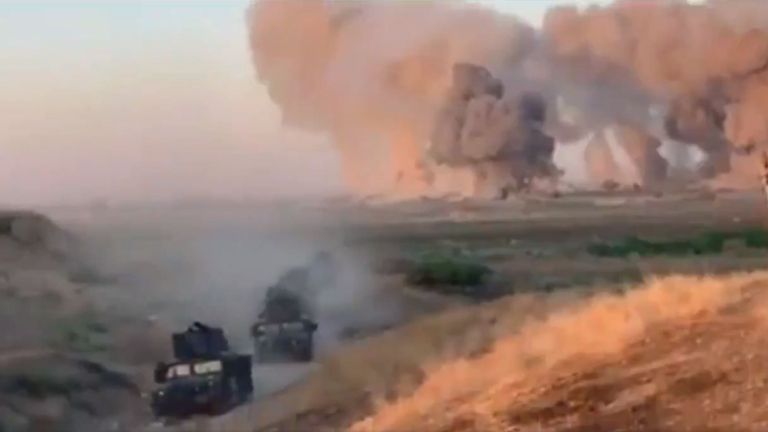 Follow-on ground clearance operations are currently being led by the 2nd Iraqi Special Operations Forces Battalion to destroy a major transit hub for IS fighters moving from Syria and the Jazeera desert into Mosul, Makhmour and the Kirkuk region.

In February, US President Donald Trump said coalition forces had “liberated virtually all of the territory previously held by ISIS in Syria and Iraq”. 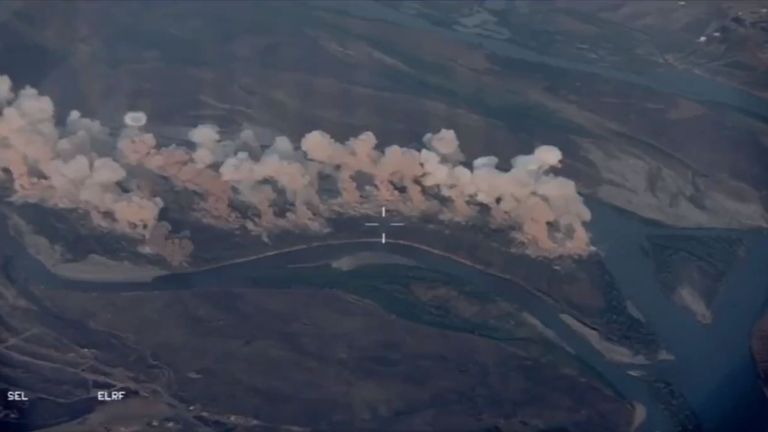 However, elements of the group remain active and it has been tied to numerous incidents in Iraq since.

The attack took place on the same day as Mr Trump announced that he had sacked his national security adviser John Bolton.

Mr Bolton – who was a strong supporter of the 2003 Iraq war – gave his own version of events, saying he had resigned.