Located in a military base in Sorkheh-Hessar, east of Tehran, the site is said to be used for establishing the yield of nuclear detonations. Intelligence shown to Iranian opposition group the National Council of Resistance of Iran reveals that construction of the site began in 2012, three years before the US, under President Obama, signed the Joint Comprehensive Plan of Action with Iran, ,Britain,, Germany, France and Russia – and was not disclosed.

Satellite imagery shows a tunnel, and sources have confirmed the presence of both seismometer devices and Ground Penetrating Radar.

Iran’s Organisation of Defensive Innovation and Research (SPND) is said to have imported key equipment by using proxy nations to sideline sanctions.

The NCRI also revealed that another site – already on an IAEA watchlist – is now under the control of the regime’s fanatical Iranian Revolutionary Guard Corps.

The Marivan near Abadeh, where underground detonations take place, is now under of IRGC project engineer Hashemi Tabar, who regularly leads secret projects. The Revolutionary guard also owns stone mines in the area, which is cordoned off to the public. 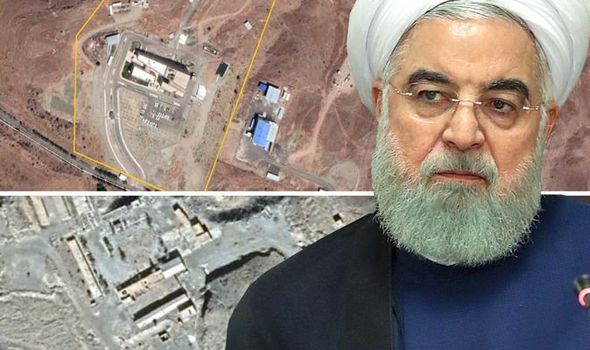 “It is clear that the SPND, which pursues the building of nuclear weapons with Iran’s Ministry of Defence, is continuing its activities,” said Soona Samsami of the NCRI.

“The appeasement policy by the Western countries allowed the regime to accelerate its drive to acquire nuclear weapons, even while they were negotiating with Europe.

“Hassan Rouhani, the current President, was the chief nuclear negotiator at the time and  acknowledged later that he deceived Europeans..

“As the popular dissent is growing in Iran, demonstrated clearly during the nationwide uprising in November 2019, and with the change of balance of power in the region to the mullahs’ detriment, the mullahs need to obtain the bomb more than ever.”

Under the terms of the 2015 JCPOA nuclear deal, the US, Britain, Germany, France, Russia and China agreed to unfreeze $150bn (£116bn at today’s exchange rate) in assets and give Iran $1.7bn in cash in return for promises that it would restrain its nuclear programme for ten years.

That “sunset clause” was cited by President Trump as one of the deal’s main flaws when he withdrew US support.

Others have criticised the fact that it allowed Iran to continue to sponsor regional terror groups such as a Hezbollah and Hamas in Lebanon and Syria as it continues to forge its so-called “Shia crescent” through the Middle East,

The remaining signatories recently recommitted to the deal, despite Iran declaring that it was “broken”.

“The presence of geophysics experts indicates that this site is being used to determine yield,” he said. 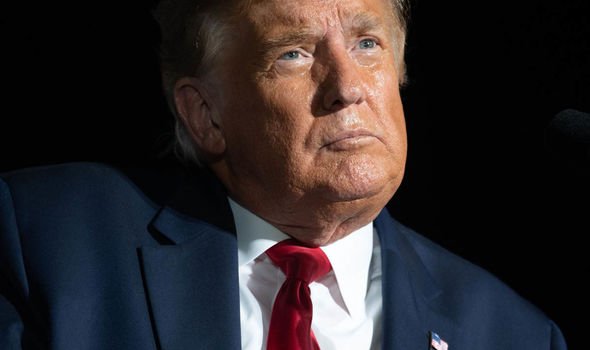 “The IAEA was aware of a fledgling nuclear weapons programme in Iran, but did not investigate it. They found uranium particles, were not satisfied with Iran’s responses, but this remains unexplained. But there was a great deal of political pressure and the JCPOA was signed.

“If you look at what happened in South Africa, South Korea and Libya, the IAEA continued to investigate until it assured itself that any nuclear weapons related activity had been dismantled. It had a full understanding and there were no loose ends about nuclear materials. I investigated these.

“But this has not been the case with Iran.

“The IAEA was told that monitoring would address this. The problem is that, if the international community not have a full understanding of the situation in the ground, how would monitoring help? This is what’s troubling.”