THE world's tallest cruiser's first voyage from Britain to the Far East has been axed over Covid fears.

Golden Horizon, a five-mast, iron-hulled cruise liner, was set to arrive in Portsmouth on Monday – but the inaugural trip has been cancelled following Boris Johnson's decision to delay Freedom Day. 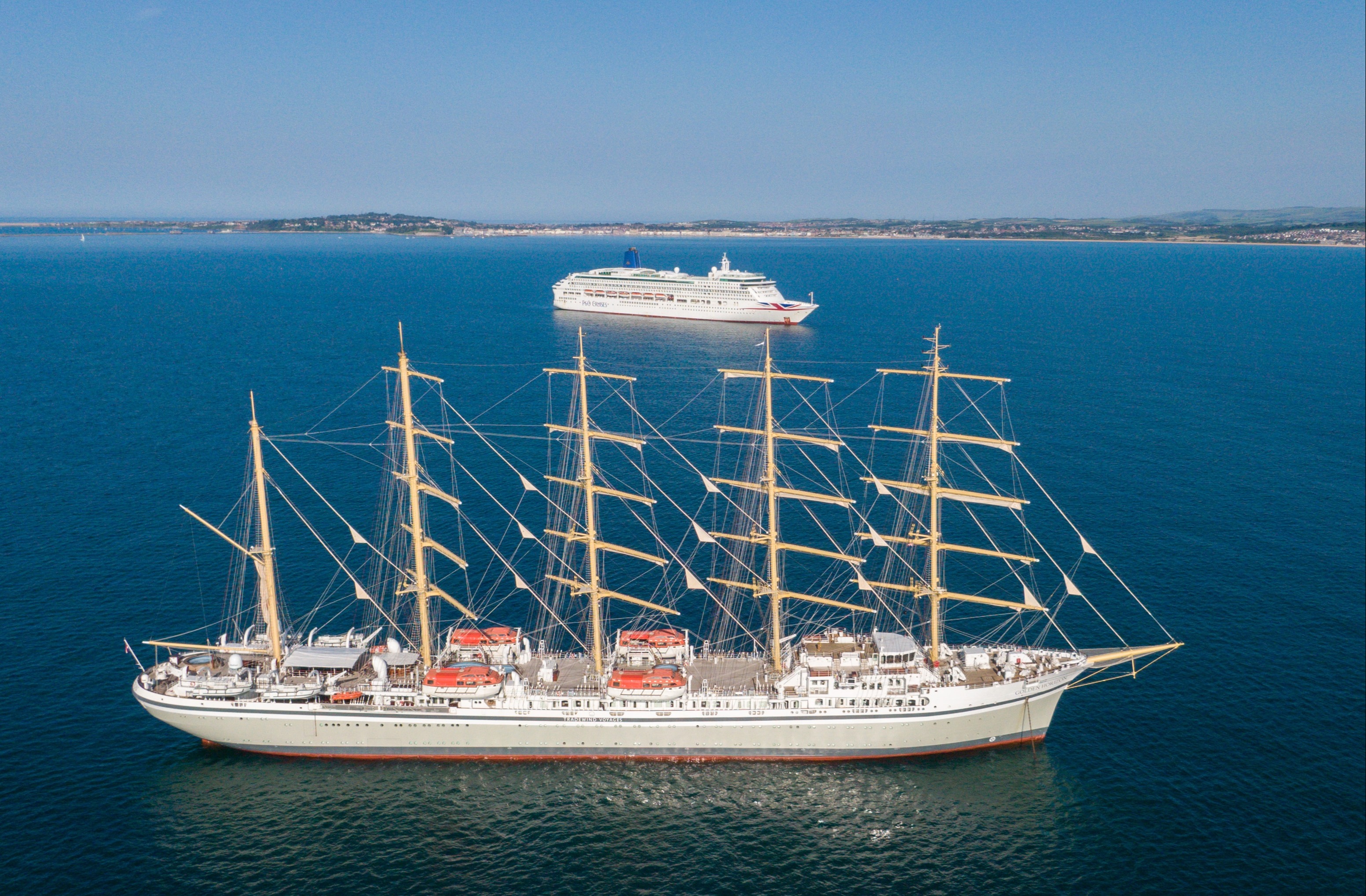 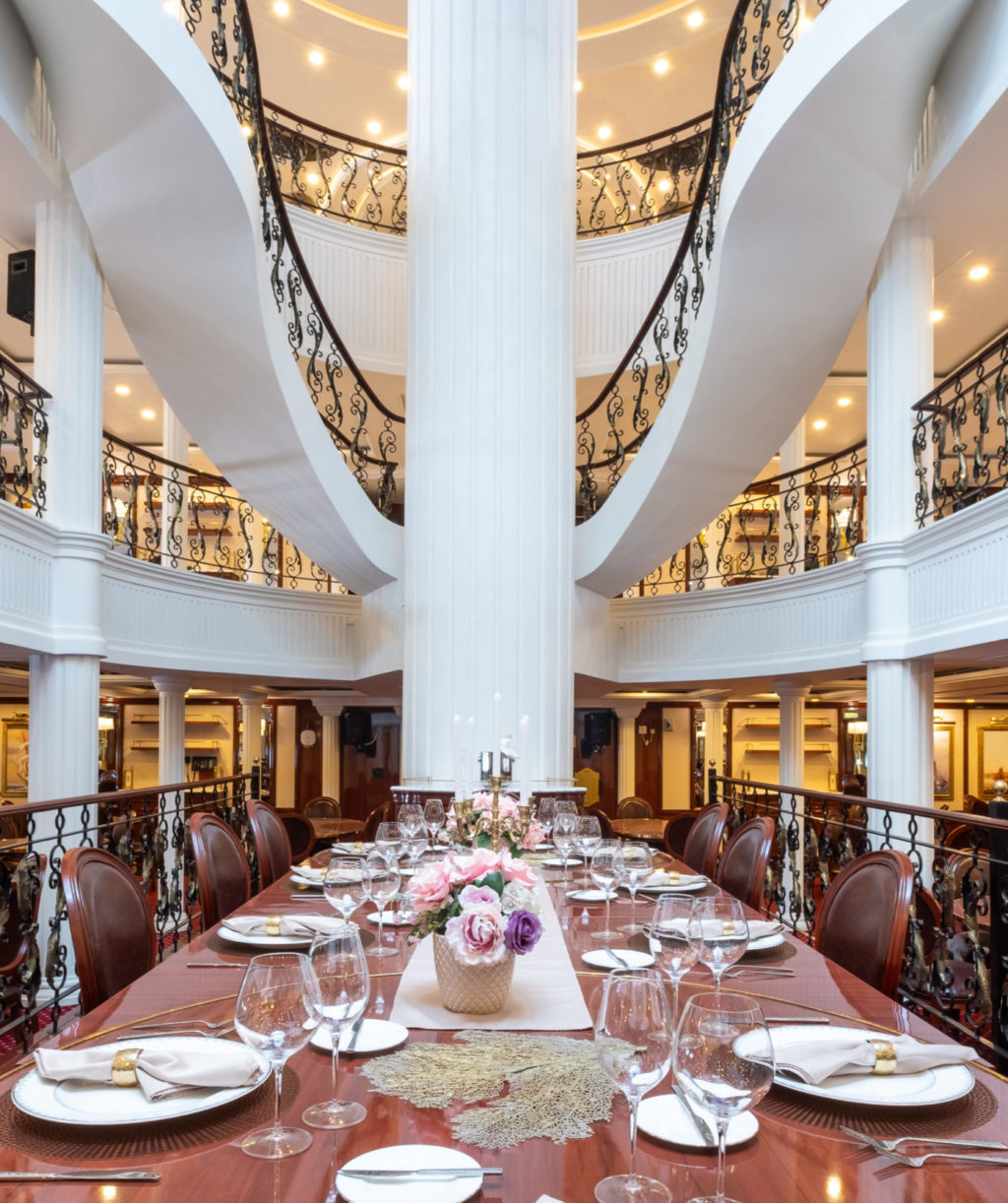 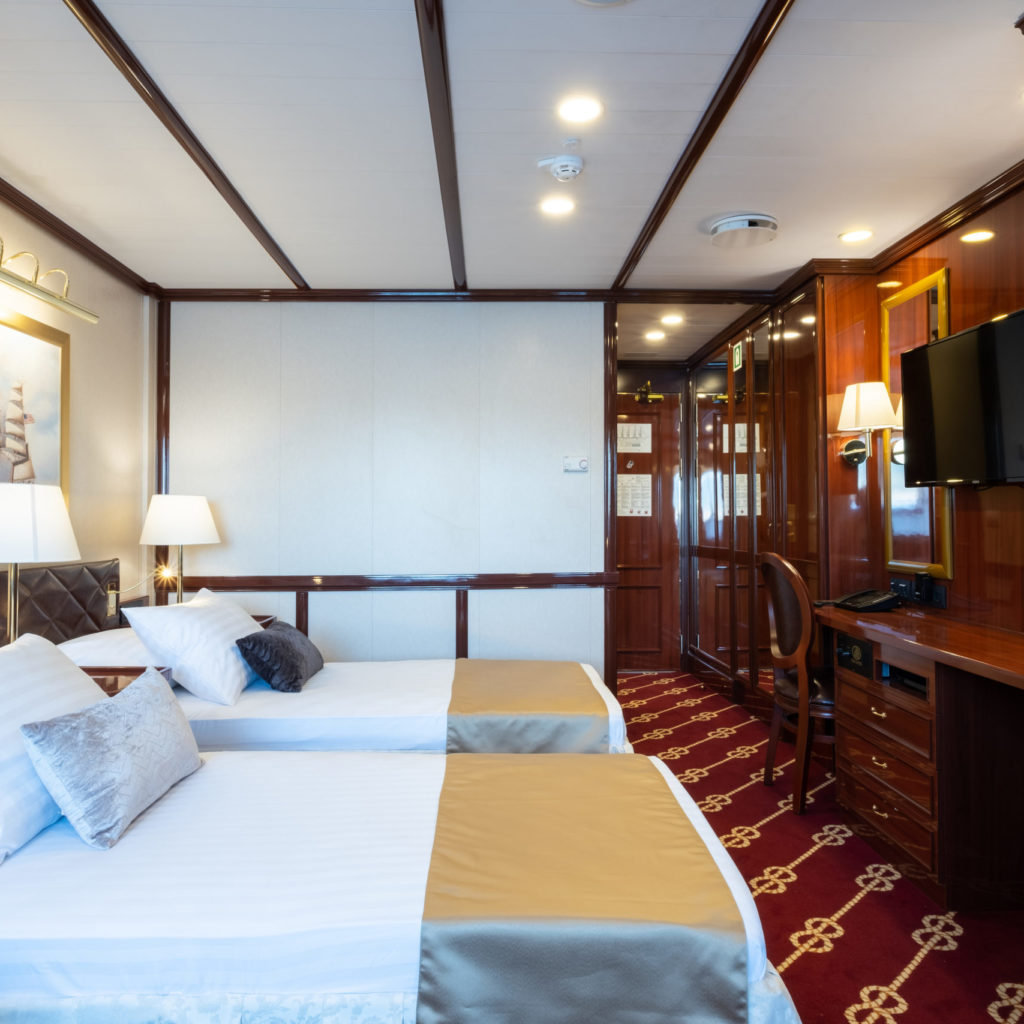 The 525ft vessel, capable of carrying more than 300 passengers, was due to be one of the largest commercial ships to berth in Portsmouth.

Golden Horizon was set to arrive in Portsmouth ahead of a six-day "dress rehearsal" cruise along the south coast before it set sail from Harwich, Essex on July 1.

The ship, a near replica of the 1913-built ocean vessel, France II, has 140 luxurious outside-facing cabins with "traditional features and furnishings which are a tribute to the nautical heritage of a tall ship".

The ship's high-end cabins – the Owner's Suites – are kitted out with a living room and a dining area, a walk-in wardrobe, a complimentary mini bar with bottles of liquor, and daily canapés.

At meal times, passengers dine in a spectacular dining room, gazing up at the curved wrought-iron balconies sweeping up to a stunning central skylight.

The ship also has 24-hour complimentary room service, so guests can enjoy lunch or dinner with a front-row view of the ocean on their balconies. 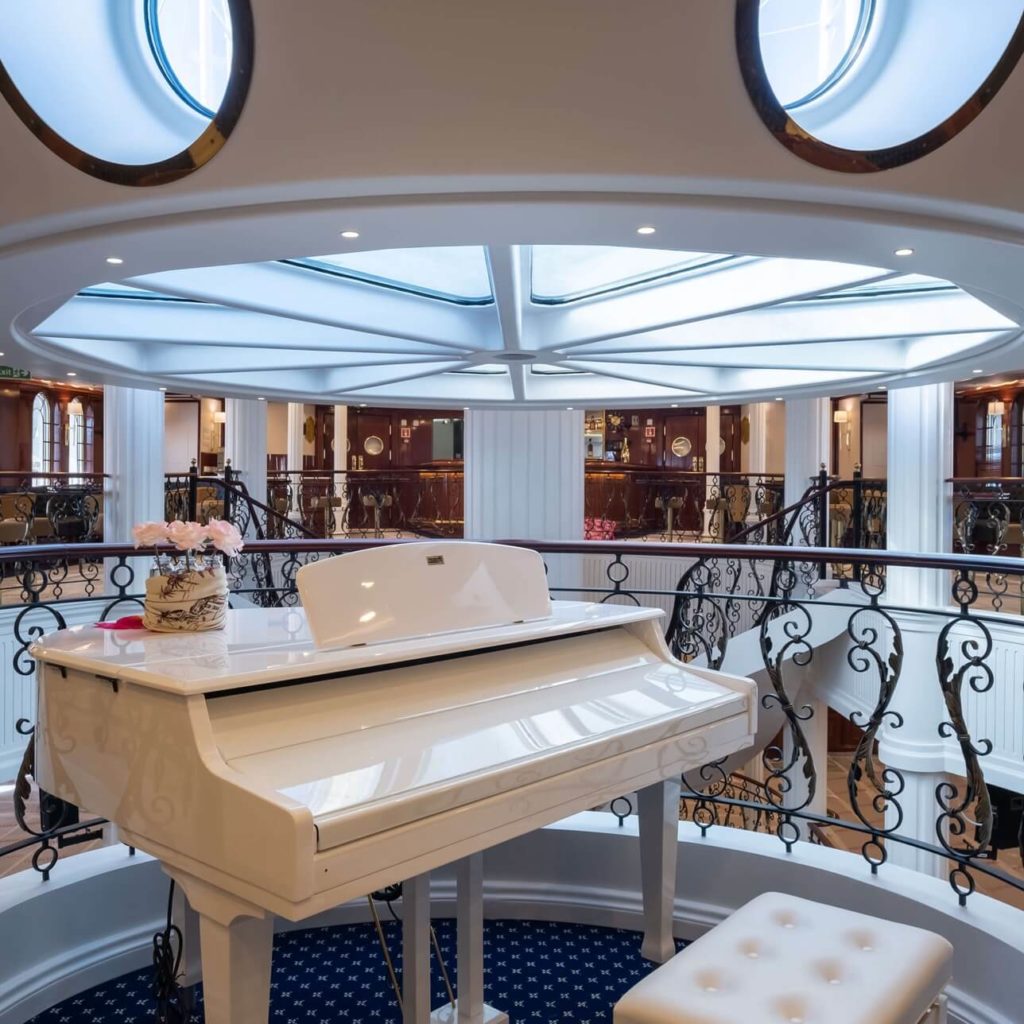 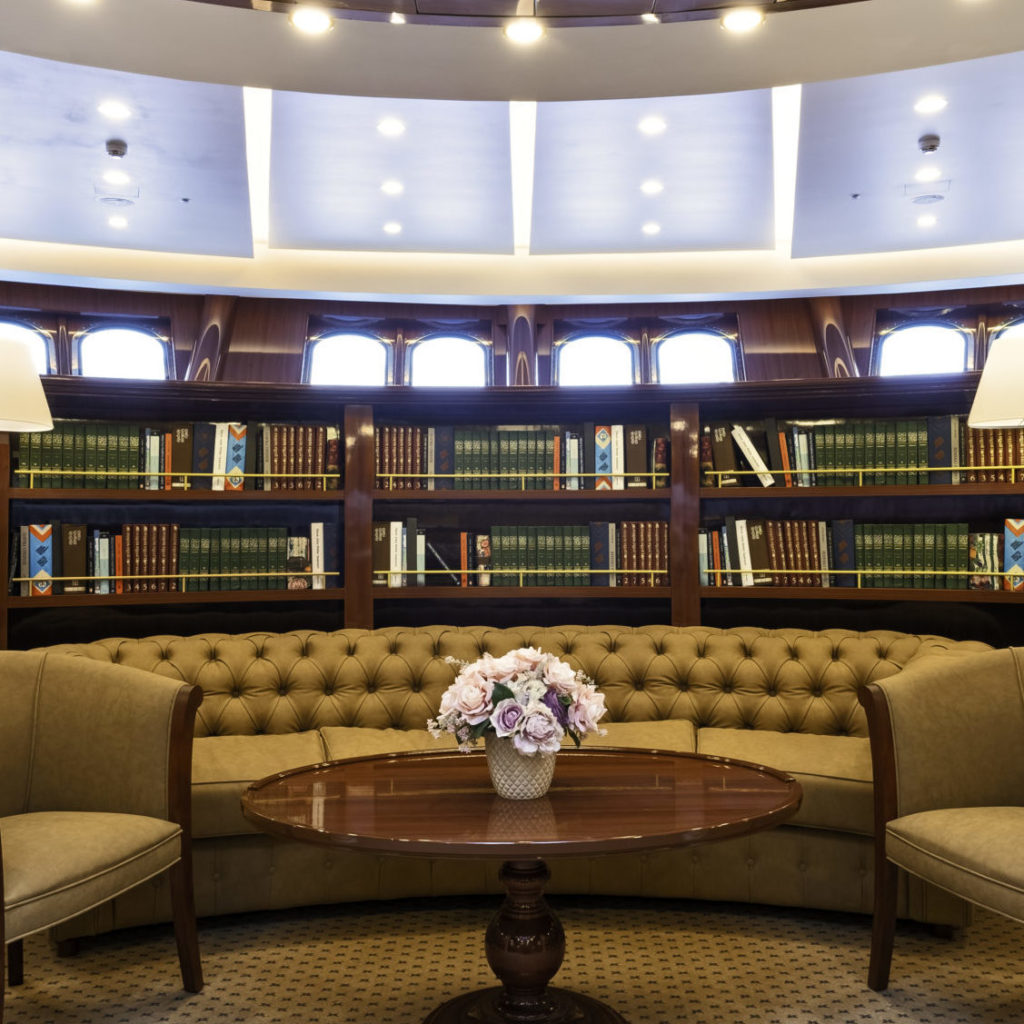 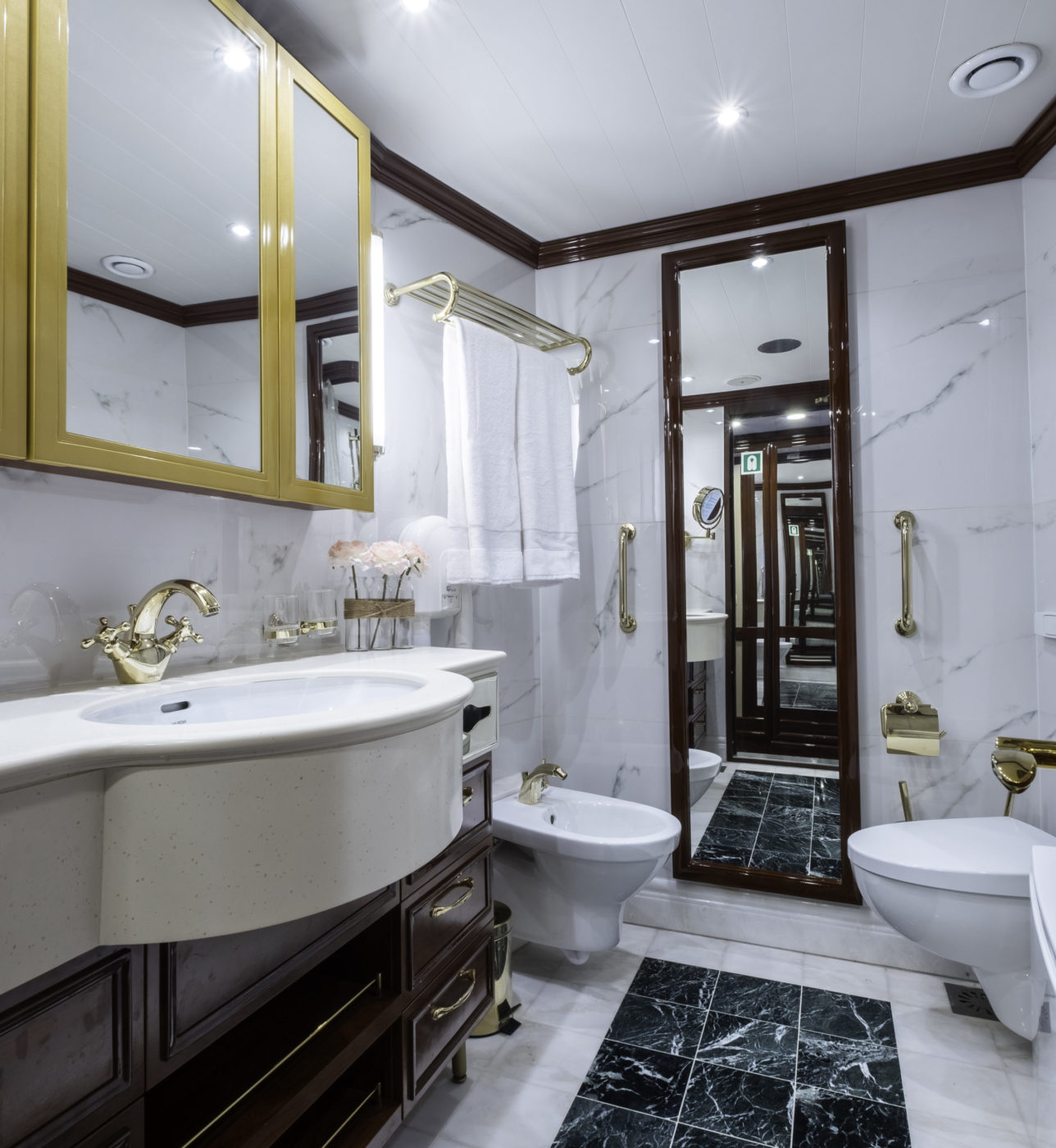 The cruiser has two outside bars and a piano bar, while the ship's premium beverage bar, Debeljak’s, is stocked with some of the world’s finest gins and whisky.

There's also an on-board spa, gym and even a library overlooking the wake of the ship.

And Golden Horizon aims to be be "powered by nature whenever possible".

"Our ship uses the wind and currents and follows the sun to allow adventure seekers to travel the world in a unique way," operator Tradewind Voyages said.

But the company said the Government's decision to extend Covid restrictions until July means the cruiser's first trip has been axed, The News reports.

Six other cruises, including those in Scotland and Norway, have also been cancelled.

"We are attempting to accommodate our guests within the extended 50 per cent capacity rule following the latest Government advice. 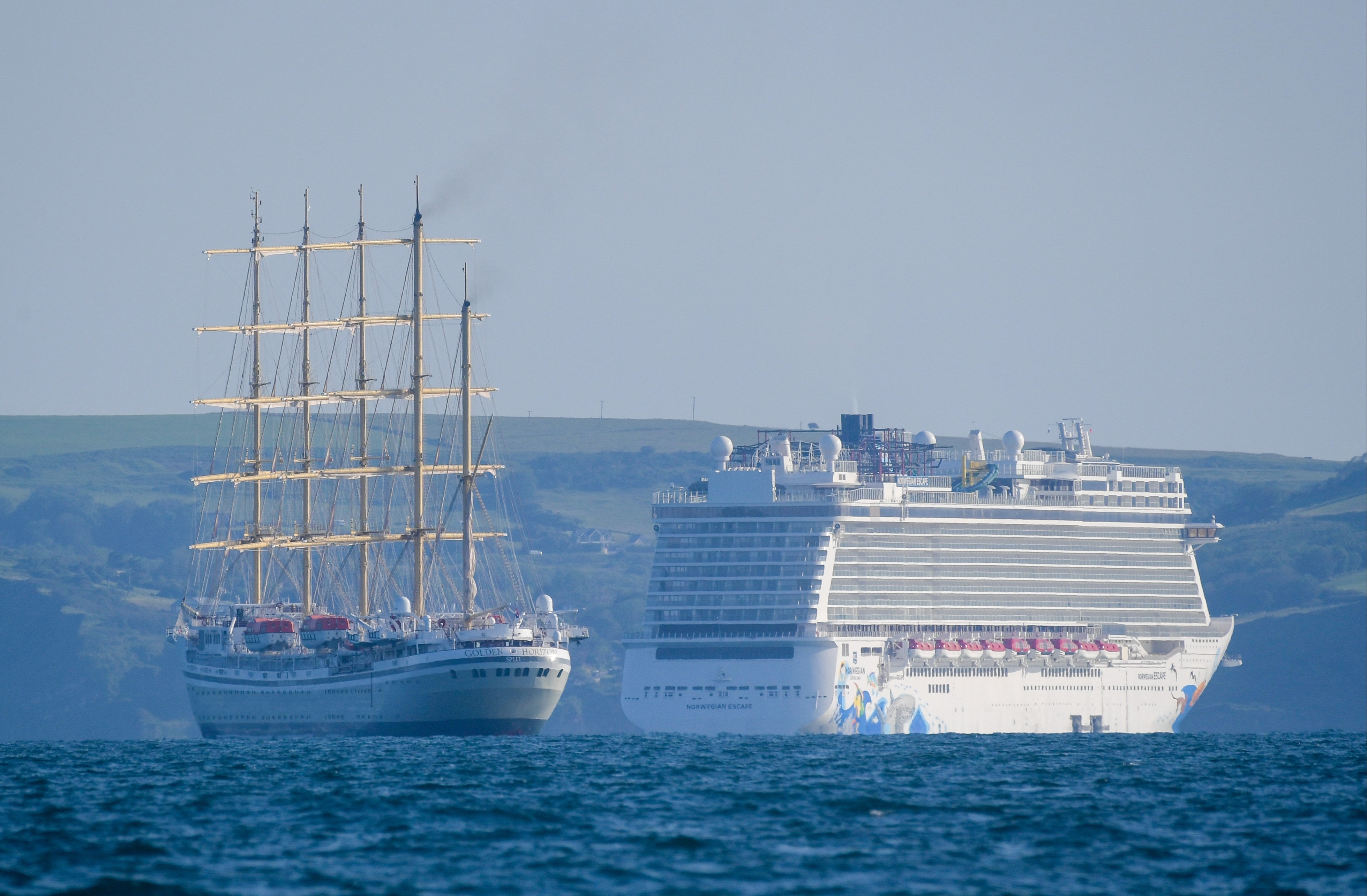 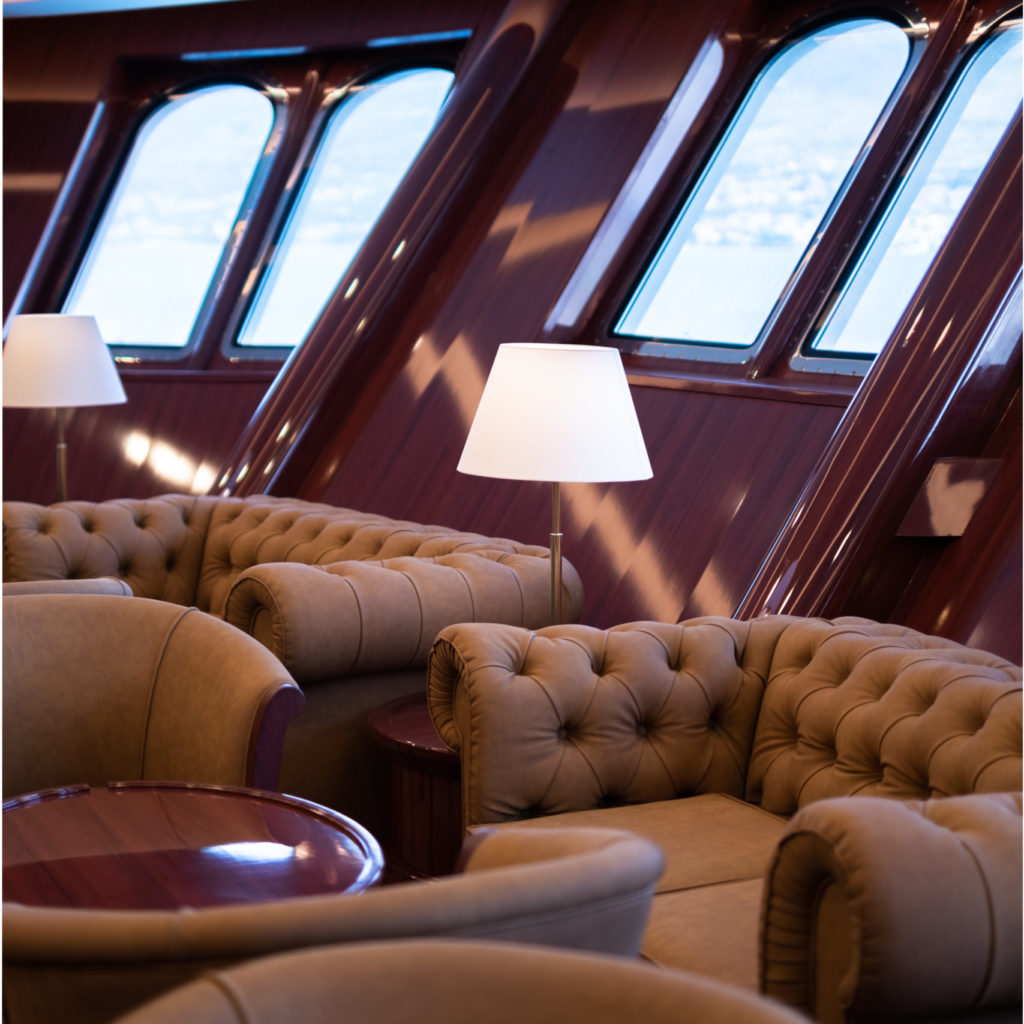 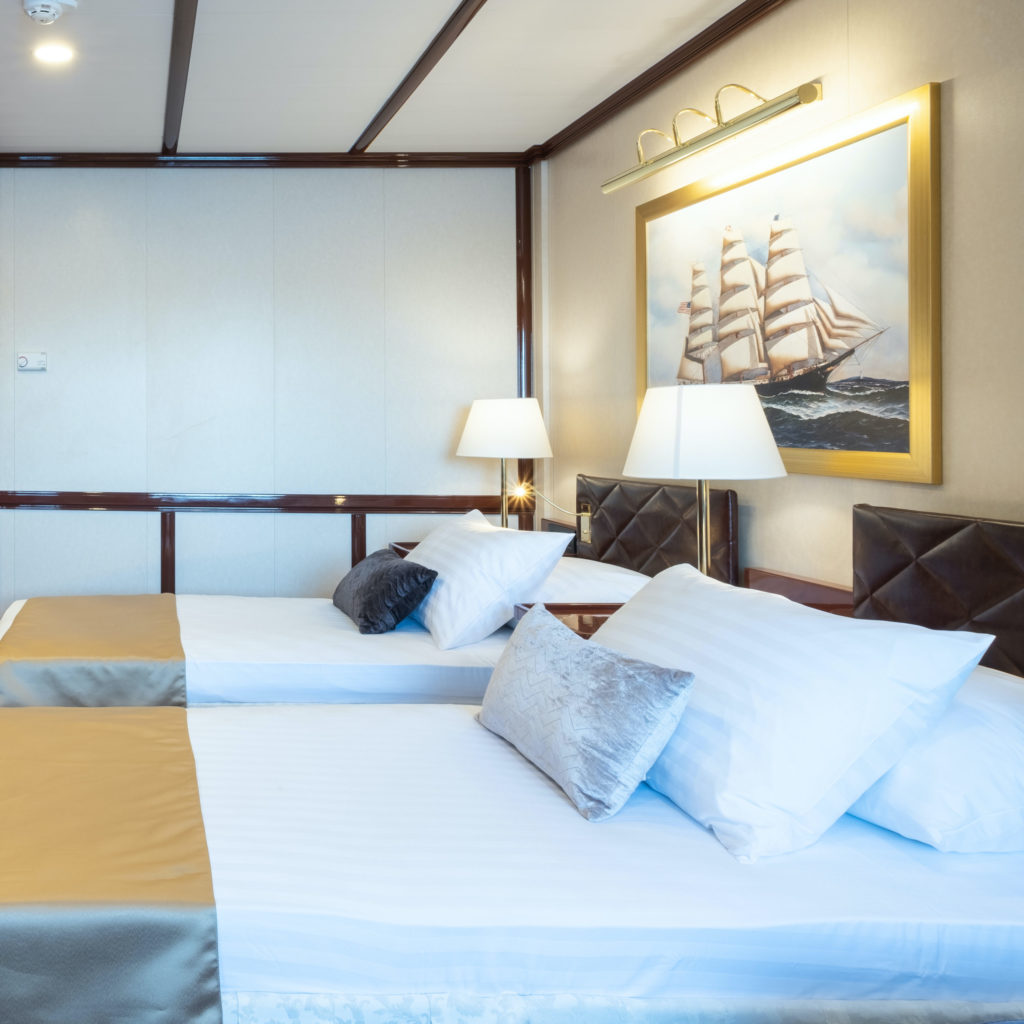 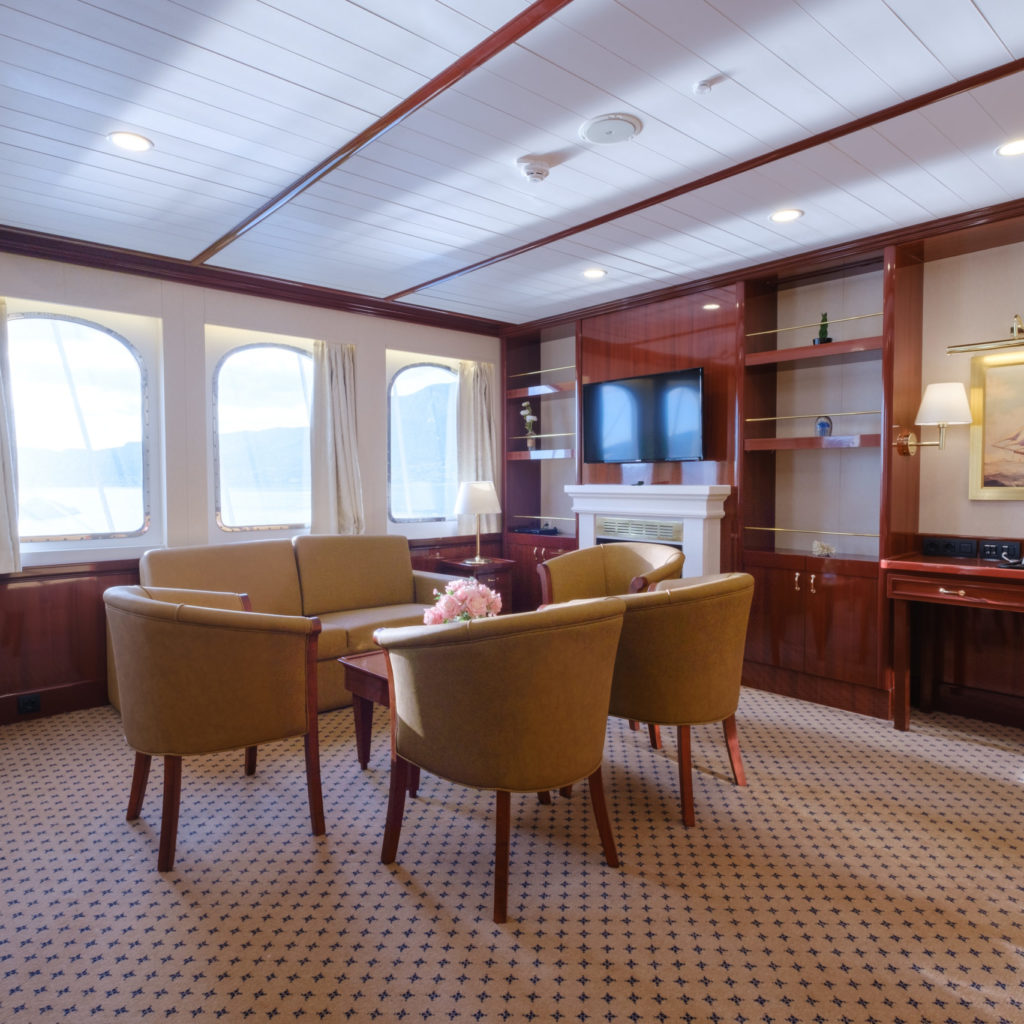 "We have taken the decision not to operate the dress rehearsal on June 22 and will be contacting all affected guests over the next 24 hours to offer potential alternatives so that they may experience Golden Horizon in a safe way."

The operator said it will be contacting all the passengers due to set sail from Essex and apologised for the "disruption".

It comes just days after a giant luxury cruise ship bigger than a Royal Navy aircraft carrier docked in Portsmouth for the first time.

Richard Branson’s new Scarlet Lady liner is the biggest ship to have ever dropped anchor in the city – weighing 110,000 tonnes.

The Virgin Voyages vessel has space for 2,770 passengers and 1,160 crew members.

Guests can pay up to £1,325 per night to enjoy the ship’s 20 restaurants, swimming pools, spas and fitness centre.

The cruise even has its own tattoo and piercing parlour on board.

Mike Sellers, Portsmouth International Port’s director, said: "The eyes of the world will be on Scarlet Lady’s debut, but there is no better harbour than this one, famous for its legendary maritime journeys.

"It will be a spectacle like no other as the distinctive Scarlet Lady sails through the spectacular harbour entrance, we can be sure sailors and crew will experience a warm Portsmouth reception."