India news: India runs out of space in morgues as people wander streets for hospital beds 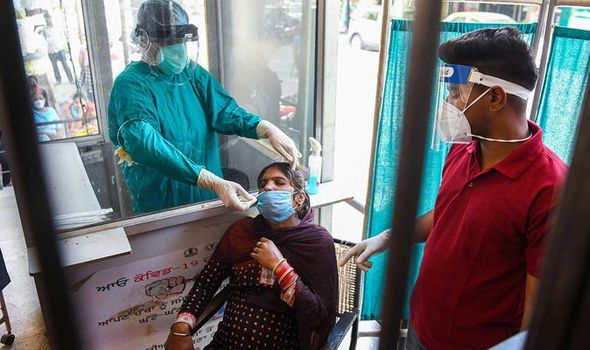 India’s new coronavirus infections hit a record peak for a fifth day on Monday, as countries including Britain, Germany and the United States pledged to send urgent medical aid to help battle the crisis overwhelming its hospitals.

Infections in the last 24 hours rose to 352,991, with overcrowded hospitals in Delhi and elsewhere turning away patients after running out of supplies of medical oxygen and beds.

“Currently the hospital is in beg-and-borrow mode and it is an extreme crisis situation,” said a spokesman for the Sir Ganga Ram Hospital in the capital, New Delhi.

A blaze in a hospital in the western city of Surat killed four COVID-19 victims on Sunday, municipal health official Ashish Naik said in the latest of a series of similar recent tragedies.

Earlier, Prime Minister Narendra Modi had urged all citizens to get vaccinated and exercise caution, while hospitals and doctors put out urgent notices saying they were unable to cope with the rush of patients. 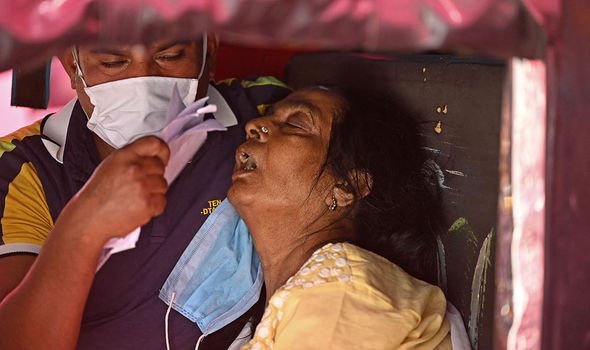 In some of the worst-hit cities, including New Delhi, bodies were being burnt in makeshift facilities offering mass services.

Television channel NDTV broadcast images of three health workers in the eastern state of Bihar pulling a body along the ground on its way to cremation, as stretchers ran short.

“If you’ve never been to a cremation, the smell of death never leaves you,” Vipin Narang, a political science professor at Massachusetts Institute of Technology (MIT) in the United States, said on Twitter.

“My heart breaks for all my friends and family in Delhi and India going through this hell.” 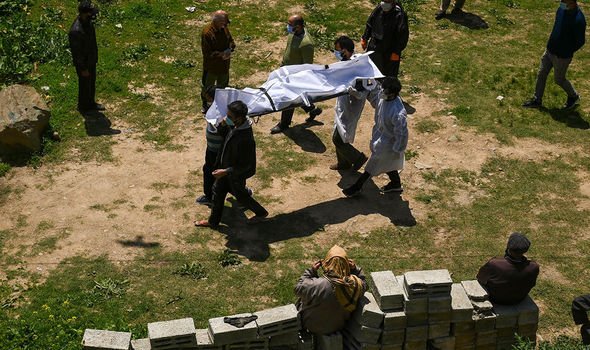 India, with a population of 1.3 billion, has an official tally of 17.31 million infections and 195,123 deaths, after 2,812 deaths overnight, health ministry data showed, although health experts say infections and deaths are probably far higher.

The scale of the second wave knocked oil prices on Monday, as traders worried about a fall in fuel demand in the world’s third-biggest oil importer.

Politicians, especially Mr Modi, have faced criticism for holding rallies, during state election campaigns, attended by thousands of people, packed close together in stadiums and grounds, amid the brutal second wave.

Several cities have ordered curfews, while police have been deployed to enforce social distancing and mask-wearing. 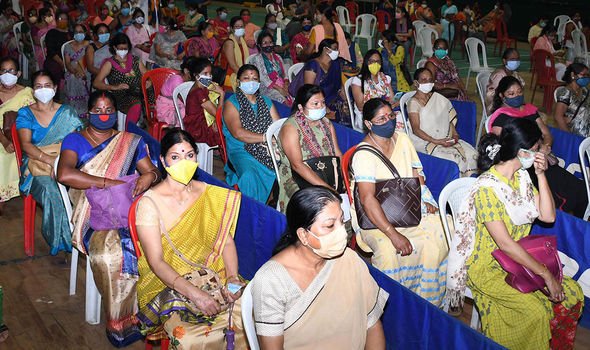 Still, about 8.6 million voters were expected to cast ballots on Monday in the eastern state of West Bengal, in the penultimate part of an eight-phase election that will wrap up this week.

Voting for local elections in other parts of India included the most populous state of Uttar Pradesh, which has been reporting an average of 30,000 infections a day.

Mr Modi’s plea on vaccinations came after inoculations peaked at 4½ million doses on April 5, but have since averaged about 2.7 million a day, government figures show.

Several states, including Maharashtra, the country’s richest, halted vaccinations in some places on Sunday, saying supplies were not available. 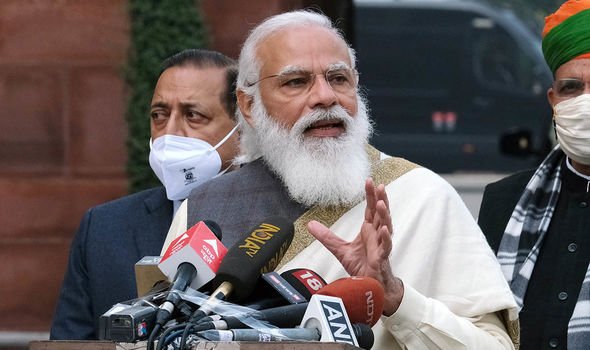 Vaccine demand has outpaced supply as the inoculation campaign widened this month, while companies struggle to boost output, partly because of a shortage of raw material and a fire at a facility making the AstraZeneca dose.

However, the federal government will not import vaccines itself but expects states and companies to do so instead, preferring to guarantee purchases from domestic manufacturers as a measure of support, two government officials said.

Hospitals in Mr Modi’s western home state of Gujarat are among those facing an acute shortage of oxygen, doctors said.

Just seven ICU beds of a total of 1,277 were available in 166 private hospitals designated to treat the virus in the state’s largest city of Ahmedabad, data showed.

“The problem is grim everywhere, especially in smaller hospitals, which do not have central oxygen lines,” said Mona Desai, the former president of the Ahmedabad Medical Association.

Neighbouring Bangladesh sealed its border with India for 14 days, its foreign ministry said on Monday, though trade will continue.

Air travel has been suspended since Bangladesh imposed a lockdown on April 14 to combat record infections and deaths.

“The borders should not reopen until the situation in India improves,” virologist and government adviser Nazrul Islam said. “If the highly contagious Indian variant enters the country, the situation can’t be controlled in any way.”
Source: Read Full Article