India: Dominic Raab pledges to support during 'hour of need'

Delhi doctors have issued a stark warning about how the situation could worsen, as patients are tended to in tents on hospital grounds. One doctor described the health crisis as “the worst we have ever seen,” adding that the next two weeks will prove critical for healthcare workers.

“This pandemic is the worst we have ever seen until now.

“The next two weeks are going to be hell for us.” 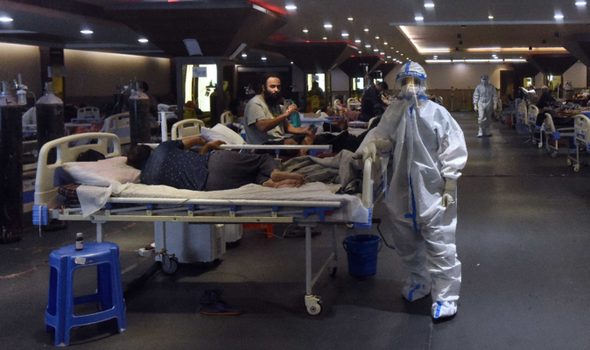 Mr Modi said: “We were confident, our spirits were up after successfully tackling the first wave, but this storm has shaken the nation.”

Top virologist Shahid Jameel told LBC: “We still have about two more weeks of this horror.

“But on the other side of this peak infections will not just drop down to zero. 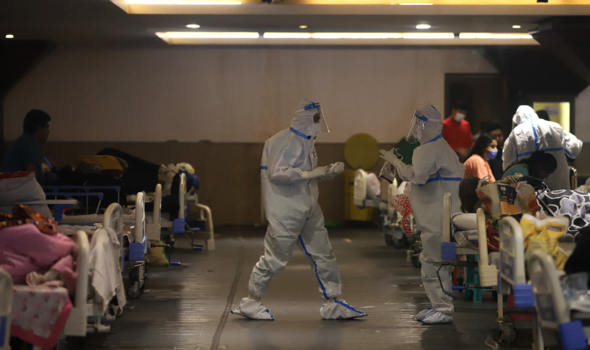 “They will go down slower than they have gone up, we are in this for a least the next four to six weeks. Vaccines are to prevent the third wave, vaccines are no longer going to help in the second wave.”

Britain will ship more than 600 pieces of medical equipment to India, including vital ventilators and oxygen concentrators from surplus stocks.

The Foreign, Commonwealth and Development Office said the first of nine planeloads of kit would arrive in New Delhi early on Tuesday. 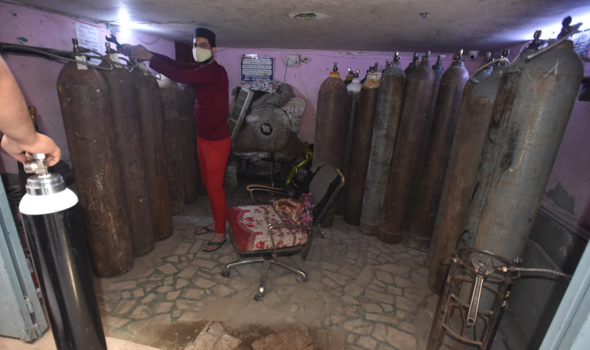 In a statement, Prime Minister Boris Johnson said: “We stand side by side with India as a friend and partner during what is a deeply concerning time in the fight against Covid-19.

“Vital medical equipment, including hundreds of oxygen concentrators and ventilators, is now on its way from the UK to India to support efforts to prevent the tragic loss of life from this terrible virus.

“We will continue to work closely with the Indian government during this difficult time and I’m determined to make sure that the UK does everything it can to support the international community in the global fight against [this] pandemic.”