How to help tropical cyclone victims in Mozambique, Zimbabwe and Malawi

The United States military will support humanitarian relief efforts in Mozambique after a powerful cyclone slammed into the country more than a week ago.

U.S. President Donald Trump on Sunday directed the military to do so, according to a statement from the U.S. Africa Command (AFRICOM), a unified combatant command of the Armed Forces.

AFRICOM said it will respond to requests from the U.S. Agency for International Development (USAID) for support and assistance in the flooded regions across central Mozambique. AFRICOM has assigned its Djibouti-based Combined Joint Task Force – Horn of Africa to lead the military’s relief efforts.

Meanwhile, the U.S. Department of Defense will provide support at the request of the Mozambican government.

“U.S. Africa Command is actively monitoring and assessing the situation while positioning assets to support the government of the Republic of Mozambique,” Marine Corps Gen. Thomas Waldhauser, who’s the commander of AFRICOM, said in a statement Sunday. “We are actively working with the Department of Defense, interagency partners, and Government of the Republic of Mozambique to provide assistance.” 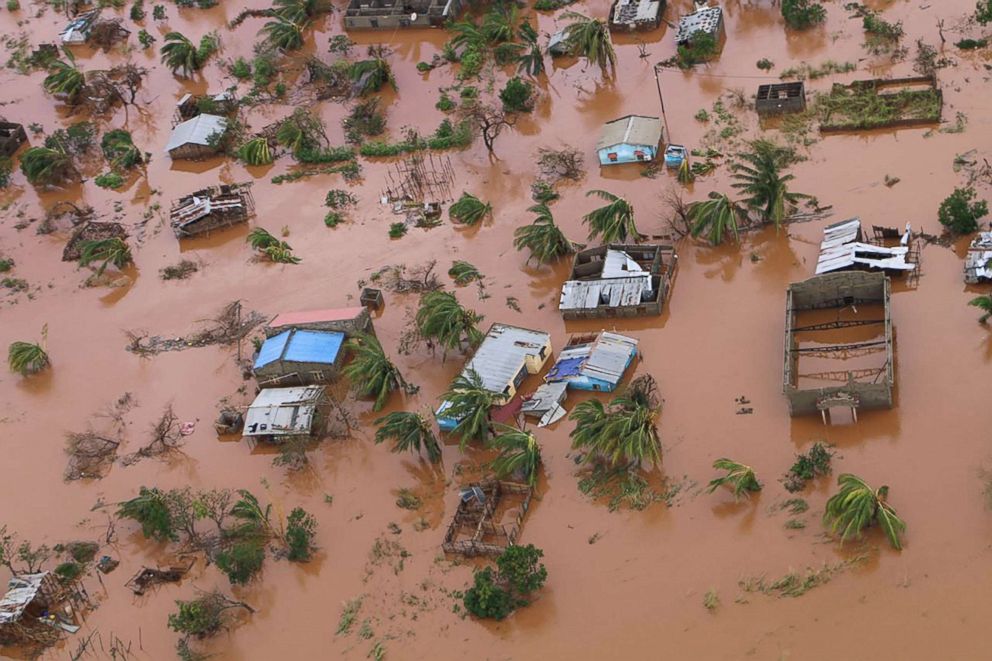 Tropical cyclone Idai made landfall near the Mozambican port city of Beira in the late-night hours of March 14 and slowly moved inland that weekend. The storm ripped through central Mozambique, southern Malawi and eastern Zimbabwe, bringing with it heavy rainfall and wind gusts of up to 105 miles per hour. The region’s drought conditions — bone-dry soil unable to absorb the torrential rainfall — gave way for flash flooding.

The death toll from the intense cyclone has continued to rise in the days since, as response teams begin to access inundated communities and the scale of devastation becomes more clear.

Mozambique bore the brunt of the storm. At least 447 people have now been reported dead and more than 1,500 others have been injured, according to the National Emergency Operations Center, a unit of the country’s National Disaster Management Institute. Mozambican President Filipe Nyusi has warned that as many as 1,000 people could be dead.

Nearly 129,000 people have been rescued from the floodwaters but many more await help, according to Mozambique’s National Emergency Operations Center. 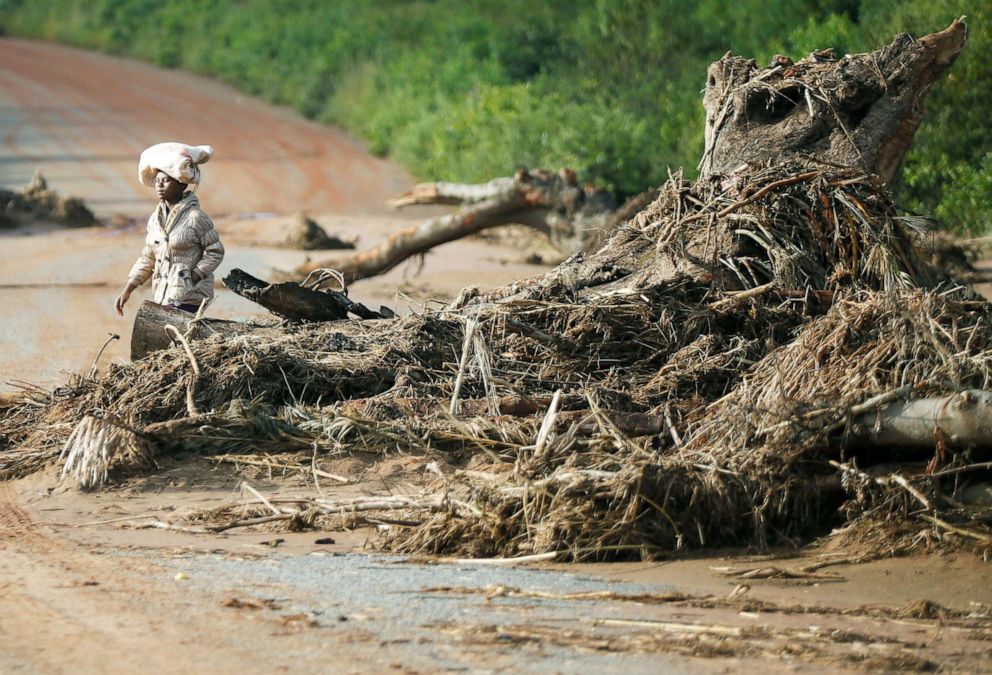 In Zimbabwe, at least 154 people have been reported dead, 162 others injured, 136 marooned and 187 missing as of Saturday, according to the country’s Ministry of Information, Publicity and Broadcasting.

There were at least 56 cyclone-related deaths reported in Malawi.

“The situation will get worse before it gets better,” Henrietta Fore, executive director for the United Nations Children’s Fund, said in a statement Saturday. “Aid agencies are barely beginning to see the scale of the damage. Entire villages have been submerged, buildings have been flattened, and schools and health care centers have been destroyed. While the search and rescue operations continue, it is critical that we take all necessary measures to prevent the spread of water-borne diseases which can turn this disaster into a major catastrophe.” 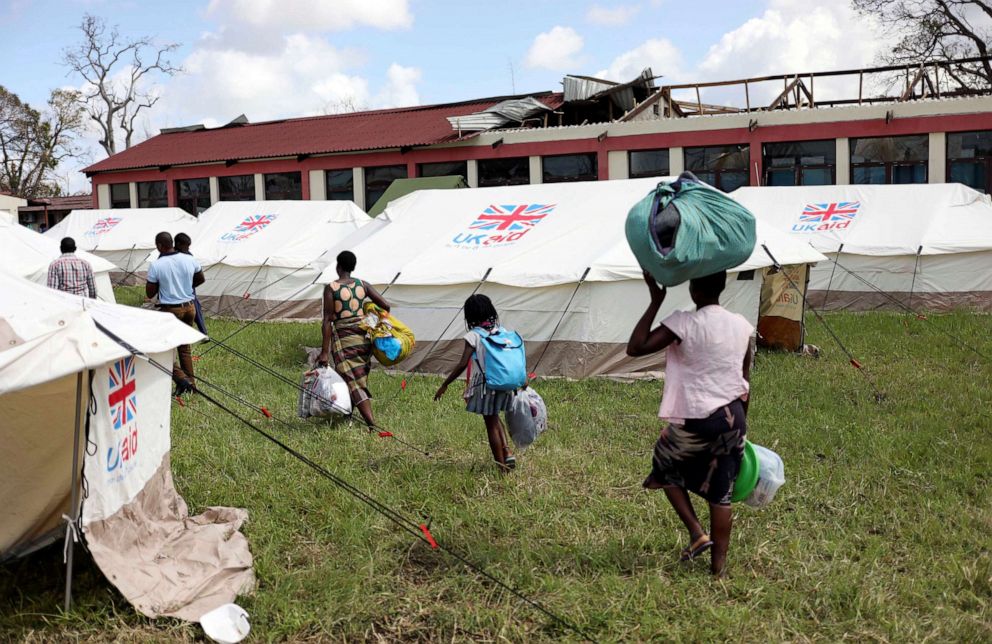 Various humanitarian agencies and aid groups are on the ground providing relief to people in the three affected countries.

Here are some of the organizations helping those impacted by tropical cyclone Idai.

Americares has deployed a team to Mozambique to assess health needs and coordinate emergency shipments of medicine and relief supplies for survivors. You can donate to Americares Worldwide Disaster Relief Fund here to support its response to the cyclone.

CARE has emergency experts in Mozambique assessing the damage while providing search and rescue support around the hard-hit city of Beira. They are working to provide much-needed supplies to the area, including tents, buckets, tarps, blankets and hygiene kits. The organization also has teams on the ground in Zimbabwe and Malawi to assess the needs of the affected communities. You can make a donation here to support their efforts in southern Africa.

Doctors Without Borders/Medecins Sans Frontieres has teams in Mozambique, Zimbabwe and Malawi assessing the damage, trying to reach hard-hit communities and working to deliver medical kits as well as water and sanitation supplies to those in need. You can make a general donation here.

Humanity & Inclusion has 40 staff members on the ground, including a small team in Beira. The group has worked in Mozambique since 1986, tackling issues stemming from the country’s 25-year-long civil war with a focus on people with disabilities. Staff members are currently working to clear roads to rural communities cut off from humanitarian aid in the wake of the cyclone. You can make a donation to support their efforts here.

The International Federation of Red Cross and Red Crescent Societies has an emergency response unit in Beira that will provide sanitation for 20,000 people every day. Another emergency response unit is expected to arrive in the coming days and will provide clean water for 15,000 people a day. Two emergency field hospitals are also en route to Mozambique to provide urgently-needed medical care. You can donate to their Mozambique campaign here.

The International Rescue Committee has launched an emergency response for people displaced by the cyclone in eastern Zimbabwe. The organization has teams on the ground in the hardest-hit areas providing medical care and emergency supplies for the most vulnerable. You can donate to support their efforts here.

Oxfam has teams assessing the needs of people worst affected in all three nations. You can make a general donation here.

Save the Children has delivered at least 51 metric tons of humanitarian aid to Mozambique, including tarps, buckets and tents. The organization is also working to provide displaced families with kits for water purification and hygiene. An estimated 350,000 children in Martinique alone are said to be in dire need of immediate relief. You can donate to support their efforts here.

Churches were eager to reopen, now they are a major source of coronavirus cases
World News