German investigators said Thursday they foiled a ‘Nazi terror attack’ targeting a school as they arrested a 16-year-old boy overnight suspected of planning the bombing.

Police in the city of Essen stormed the teen’s room in the early hours of the morning, taking him into custody and uncovering 16 ‘pipe bombs’, as well as anti-Semitic and anti-Muslim material.

Essen police said they also found spears and other sharp weapons at the property.

Some of the pipe bombs found contained nails, but officers did not find any detonators, Reul said, adding there were ‘indications suggesting the young man has serious psychiatric problems and suicidal thoughts’.

Material found so far in the suspect’s room include his own writing which constituted ‘a call for urgent help by a desperate young man.’

The suspect was allegedly planning to target his current school, the Don Bosco gymnasium, or another where he studied previously. 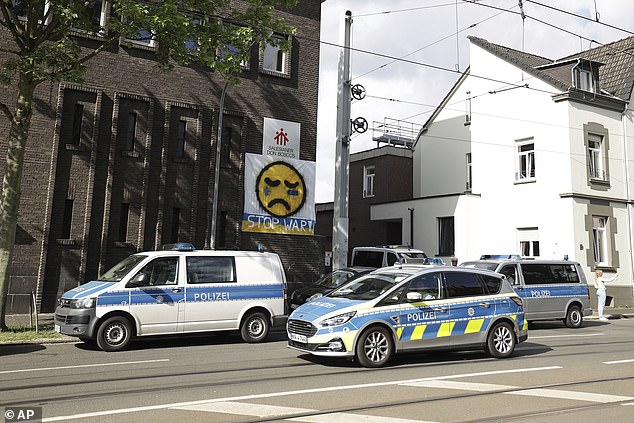 Police vehicles are parked in front of the Don Bosco High School in Essen, Germany, Thursday, May 12, 2022. Police in the western German city of Essen seized weapons from the apartment of a 16-year-old student allegedly plotting an attack on a local school 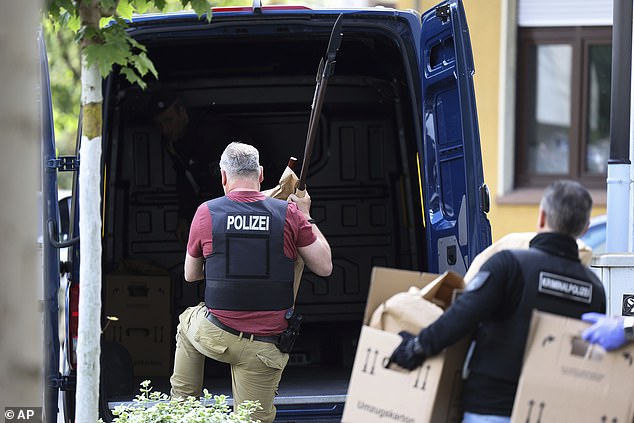 Police officers carry objects, including several stabbing weapons and spears, from the suspect’s home in Essen, Germany, Thursday, May 12, 2022 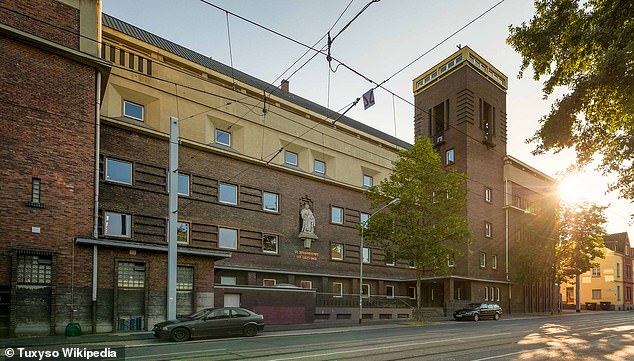 ‘All democrats have a common task to fight against racism, brutalisation and hate,’ said NRW’s deputy premier Joachim Stamp, as he thanked police for ‘preventing a suspected Nazi terror attack’.

The suspect is being questioned while investigators continue to comb his home for evidence.

They said the police had been tipped off by another teen who informed them that the young man ‘wanted to place bombs in his school’, located about 800 metres from his home.

Don Bosco gymnasium was closed on Thursday along with a second educational institution as investigators undertook fingertip searches as the locations to ensure that no bombs had been placed on site.

The director of the Don Bosco gymnasium said in a statement: ‘The school community is shocked and dismayed by the apparently planned attack and the first police findings, the results of which we are still awaiting.

‘We should not engage in speculation. We are happy and grateful that the information about the planned crime could prevent the worst. We would like to thank the school management, all those responsible and the officials of the investigating authorities for their careful and level-headed approach.’

Germany has been rocked by several far-right assaults in recent years, sparking accusations that the government was not doing enough to stamp out neo-Nazi violence.

In February 2020 a far-right extremist shot dead 10 people and wounded five others in the central German city of Hanau. 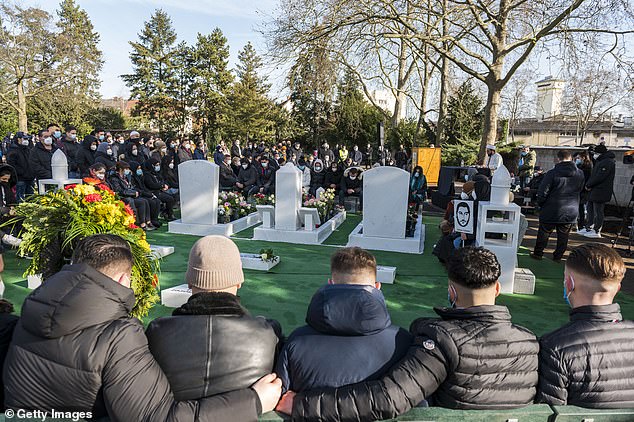 Relatives, friends and politicians commemorate the dead of the Hanau mass shooting at the grave of Ferhat Unvar, Hamza Kurtovic and Said Nesar Hashemi, three of the victims, at a memorial service at the main cemetery in Hanau on the first anniversary on February 19, 2021 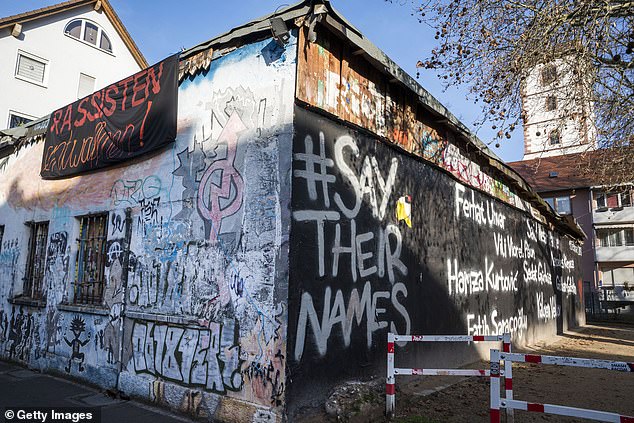 And in 2019, two people were killed after a neo-Nazi tried to storm a synagogue in Halle on the Jewish holiday of Yom Kippur.

The suspects targeted in the raids were believed to belong to the far-right martial arts group Knockout 51, the banned Combat 18 group named after the order in the alphabet of Adolf Hitler’s initials, US-based Atomwaffen (Atomic Weapons) Division or the online propaganda group Sonderkommando 1418.

German authorities were also battling to clean extremists from within their ranks.

Last year, the state of Hesse said it was dissolving Frankfurt’s elite police force after several officers were accused of participating in far-right online chats and swapping neo-Nazi symbols.