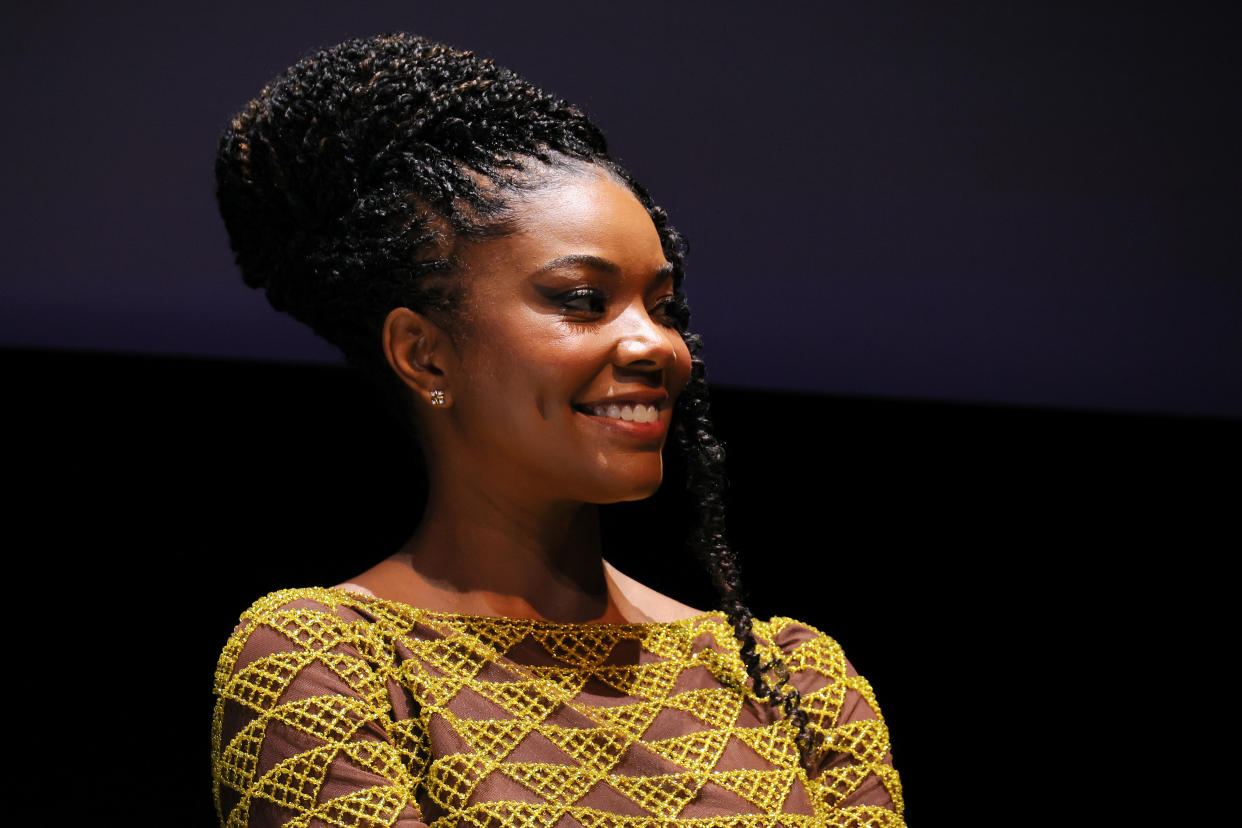 On the surface, it was difficult for Gabrielle Union to relate to her character in The Inspection.

Inez French is a corrections officer who kicked her son (Jeremy Pope) out of the house when he was a teenager for being gay. (The drama is based on the true-life story of its writer-director, Elegance Bratton, who attempted to win his mother’s love back by enlisting in the Marines.)

Union herself is an outspoken advocate of LGBTQ+ rights, steadfastly supporting her stepdaughter Zaya (whom she helped raise with husband Dwayne Wade), who came out as transgender in 2020.

“Initially, I was like, ‘I live differently. What have I ever given off to make anyone think that I could pull this off convincingly?,’” Union told us in a virtual interview where she was joined by Bratton and Pope.

#TheInspection star Gabrielle Union tells @djkevlar that she used to "minimize" her Blackness by hiding her upper-lip.

"I thought if I let my full lip be seen, then they would know I was Black… I tried to constantly be shapeshifting that dual consciousness." @itsgabrielleupic.twitter.com/DQapYnFhXz

Ultimately Union found a link to Inez through some reflection on her self-image and identity.

“I had to find the common ground with her. And that common ground is all of the things that we are willing to do in order to be seen, in order to move that much further ahead for a check, for a relationship, for acceptance, validation for white supremacy. What are we willing to gamble with? And for me, I didn’t gamble with my children, but I’ve gambled with all sorts of things.

“I mean to not make light of it, but I gambled with my upper lip. For many years I would literally smile [while hiding my lip]. Because I thought if I let my full lip be seen, then they would know I was Black. … As illogical and silly and stupid as that is, I tried to minimize my Blackness. I tried to constantly be shapeshifting that dual consciousness. I had multiple personalities. I was trying to constantly change who I was, depending on the room, if I thought it was gonna get me this far ahead. All the things that you do for a man, all the things that you do for Jesus, all the things that you do for whoever you think that is going to deem you worthy, deem you good enough, deem you worthy of all the opportunities in life, riches, you'll do anything. You will barter with anything. And for some of us that's children. And for me, it was my soul many times. So when I realized that common ground, it's dark. It’s just very dark and disturbing.”

Union, 50, started her career with roles in popular but predominantly white teen comedies She’s All That (1999), 10 Things I Hate About You (1999) and Bring It On (2000). She also played a love interest to both Ross (David Schwimmer) and Joey (Matt LeBlanc) in a 2001 episode of Friends.

In the years to come, though, the actress began landing more prominent parts in films with largely Black casts. Those included The Brothers (2001) with Morris Chestnut and Bill Bellamy; Deliver Us from Eva (2003) opposite LL Cool J; Bad Boys II (2003) starring Will Smith and Martin Lawrence; and Breakin’ All the Rules (2004) alongside Jamie Foxx.

Now, Union is drawing early awards buzz for her punishing role in The Inspection, which could mark a career-best performance.

“I think hurt people hurt people, and healed people have the ability to help heal other people,” Union says of the film’s messages. “You just have to want to do different and wanna love differently and you have to know that you're really losing nothing in loving completely.”