Fireman who was fired for racism after he told colleagues Grenfell Tower was ‘full of immigrants’ and said a former boss treated colleagues ‘worse than Jews in a concentration camp’ wins £15,000 as tribunal rules his comments were just ‘socially inept’

A senior fireman who was fired for racism has won almost £15,000 after an employment tribunal found he was unfairly dismissed.

Lee Glyde was Watch Manager at Salisbury Fire Station in Wiltshire when an investigation was launched in 2018 about potentially offensive comments he had made.

The firefighter was heard telling colleagues Grenfell Tower was ‘full of immigrants’ during a conversation about the 2017 blaze, a hearing in Southampton heard.

He also described his relationship with one of his former bosses as ‘being treated worse than Jews in a concentration camp’.

Mr Glyde’s bosses at Dorset and Wiltshire Fire and Rescue Service deemed all of his comments as racist and fired the firefighter for gross misconduct after almost 20 years’ service.

But an employment tribunal has now found he was unfairly dismissed and awarded him £14,915.52 in compensation.

The tribunal ruled that while some of the comments were ‘socially inept’ they were not racist. 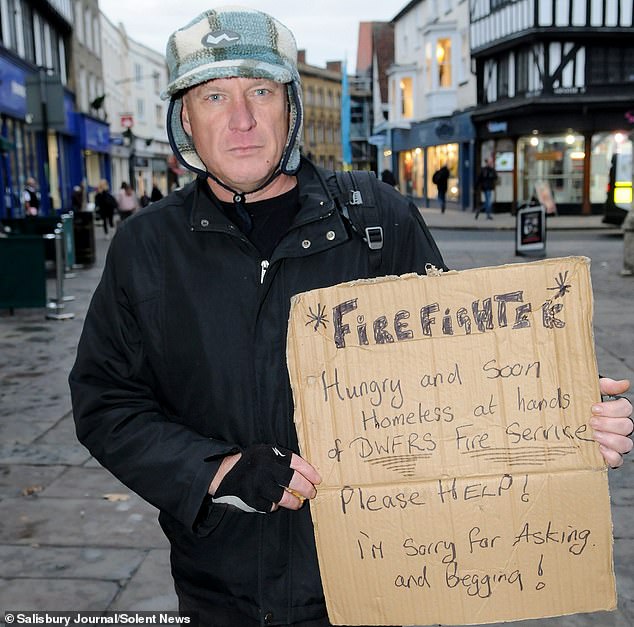 It also questioned the wording and validity of the charges levelled against him, and raised concerns about the investigation into him and the disciplinary process that followed.

The tribunal heard that following the Grenfell disaster in June 2017, which claimed the lives of 72 people, Mr Glyde had taken part in a discussion with colleagues about it.

He explained he had asked his brother, who was a health and safety inspector in London, whether he had inspected the tower block.

His brother said it was not in his area but had commented ‘it would be full of quite a few immigrants’, according to Mr Glyde.

The firefighter said he passed this comment on to his colleagues.

Investigators were told by four of his colleagues that Mr Glyde mentioned his brother when making the statement, with one even stressing this was not a remark made in a derogatory way.

However, one said Mr Glyde had stated: ‘It was probably just full of immigrants anyway.’

This was the wording used in the charge subsequently made against him, the tribunal heard.

Three colleagues also recalled him saying during a course in October 2017 that when the threat level of terrorism was severe they would be allowed to go up to Muslims and ‘restrain them’.

The tribunal also heard that Mr Glyde reportedly said ‘I bet they have just s*** themselves’ while sat in a fire engine at traffic lights and seeing a military helicopter fly over a car carrying Asian passengers.

However, the colleagues could not agree on how many people were sat in the car or confirm if they were an ethnic minority.

During the hearing Mr Glyde accepted he had described his previous Station Manager as treating his colleagues ‘worse than Jews in a concentration camp’. 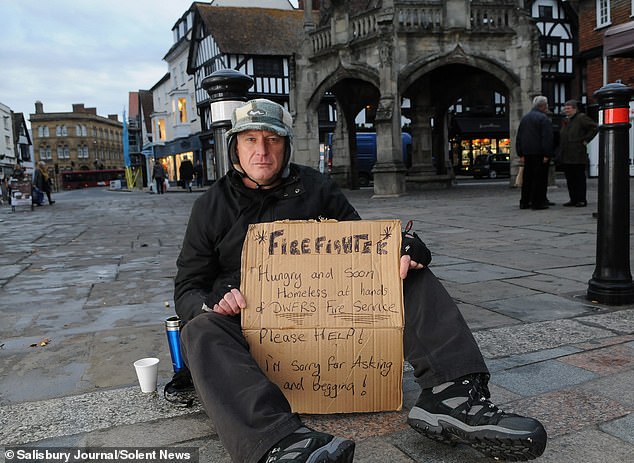 An employment tribunal has now found the firefighter was unfairly dismissed and awarded him £14,915.52 in compensation 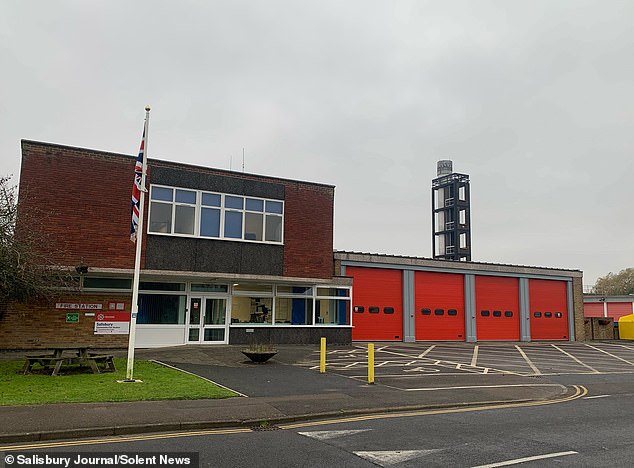 After the investigation was launched in January 2018, Mr Glyde signed himself off work due to stress and was suspended shortly after.

He was sacked in May 2019 after being found guilty of gross misconduct.

However, the tribunal found this decision to be unfair.

‘For a comment to be racist it would need to be hostile or derogatory towards a certain nationality or ethnic minorities or in terms from which an antipathy or animosity to them could be inferred,’ the panel found.

‘[Mr Glyde] was not accused of making any overtly discriminatory, insulting or hostile remarks towards any race or ethnic minority.’

Of the Grenfell remark, Employment Judge Max Craft noted that the full comment he was accused of making was disputed by Mr Glyde.

‘The inclusion of the words ”just” and ”anyway” change what [Mr Glyde] has said was a statement of fact to a derogatory remark from which it could be inferred he had a callous and uncaring attitude towards the residents of the Tower who were immigrants,’ he said.

There was also conflicting evidence about the comment made regarding the Asian family and the helicopter, the tribunal found.

The tribunal heard Mr Glyde accepted he had made a further comment about running over a terrorist to two of his colleagues.

He said he made this comment in the context of a number of terrorist incidents that had recently occurred and claimed ‘it was not directed at any particular race or ethnic minority but at terrorists’.

Judge Craft said: ‘[Mr Glyde] made no reference to any race or ethnic minority in making the remark. He referred to terrorists. A reasonable employer acting reasonably would not have found that to be a racist comment.’

Regarding the concentration camp comparison, the tribunal judge said it was ‘inappropriate’ but not racist.

He said: ‘The fact that a remark is immature and socially inept does not make it discriminatory or racist.

‘However a reasonable employer acting reasonably would not have concluded it demonstrated any animosity or antipathy towards Jews. It could not have been considered a racist comment for that reason.’

The tribunal concluded the fire service should have considered mitigating factors – such as Mr Glyde’s almost 20 years of previously unblemished service and the ‘difficult domestic circumstances’ he was going through at the time – more thoroughly before firing him.

If they had, it said, then ‘dismissal would not [have fallen] into a range of reasonable options available to it to deal with these issues’.

A separate claim of disability discrimination was dismissed.