The chief of football’s world governing body has proposed extending the sport’s next global tournament by 16 teams, boosting the number of competing nations to 48.

The tournament is currently scheduled to include 32 teams and be hosted solely by Qatar, with 64 matches staged at eight stadiums over a 28-day period.

However, Mr Infantino has suggested neighbouring countries could also stage games if he is successful in his ambition to increase the size of the World Cup.

The 2026 tournament is already due to involve 48 teams, but FIFA’s president has since outlined his vision of an expanded competition four years earlier.

Qatar’s neighbours, including Saudi Arabia, Bahrain and the United Arab Emirates, are all currently part of an economic and travel boycott against the country.

But, suggesting the World Cup could help end the diplomatic dispute, Mr Infantino compared the situation to how the 2026 hosts – the US, Canada and Mexico – were engaged in a trade dispute at the time they won the right to host the tournament.

“The relations were a little bit tense right between these countries,” Mr Infantino said. “It’s something that’s comparable with the Gulf region.”

“But for me, you know if there is a possibility [of sharing games], if there is a chance at least to even discuss, we should try.”

He added: “This is something that would probably be a nice message.” 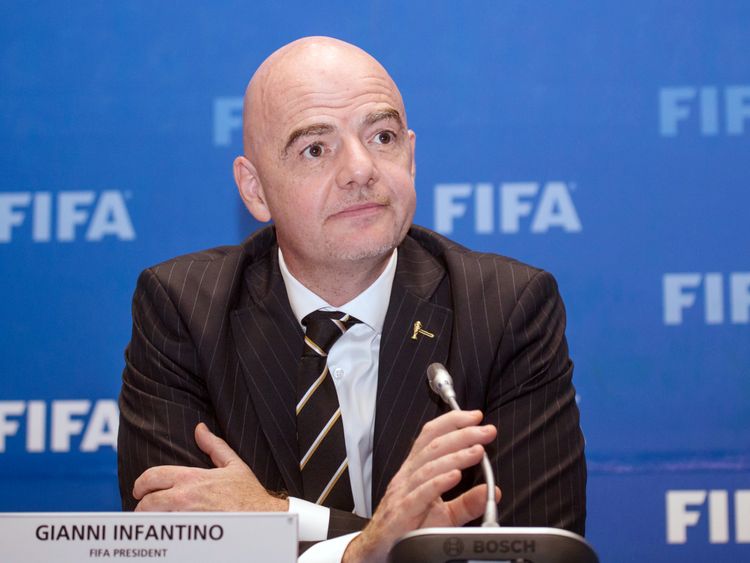 However, the FIFA boss did admit “maybe it will never happen”, despite revealing he had discussed the idea with Qatar’s ruler Sheikh Tamim bin Hamad Al Thani.

“When we speak it remains between us of course,” he said.

“What is, I think, important is that he told us, ‘Let’s continue the discussions together and see if this can [work]’.”

“Technically speaking, everything is possible,” he told Al Jazeera.

“It’s just that we need to understand the format, how it’s going to change, how many days would be increased for the 48-team World Cup and we take it from there.” 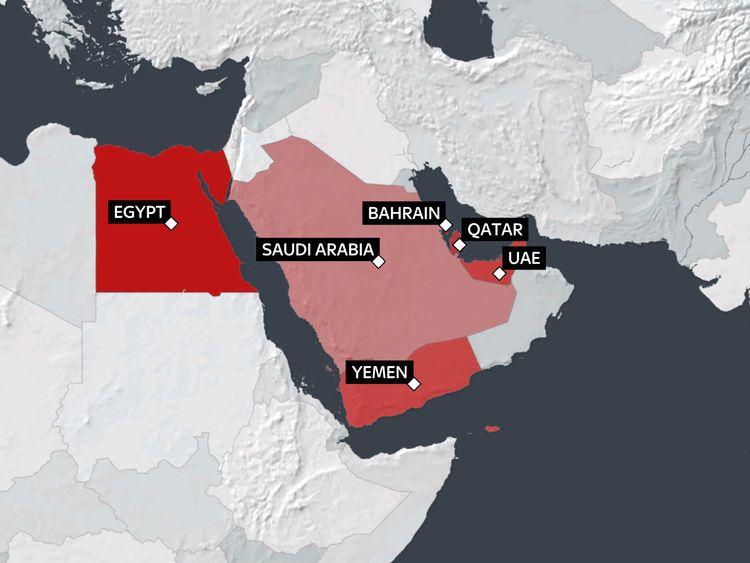 Increasing the length of the 2022 tournament would likely be fiercely resisted by top European clubs, who have already had to accommodate the tournament in the middle of their domestic seasons.

The Qatar World Cup has been moved from July 2022 to November and December of that year, due to the Middle East’s scorching summer heat.

Campaigners reiterated human rights concerns about the 2022 tournament, wherever it ends up being held.

Since Qatar were made hosts, concerns have frequently been raised about the treatment of migrant workers used to construct stadiums, as well as freedom of expression in the kingdom.

Allan Hogarth, Amnesty International UK’s head of policy and government affairs, said: “Wherever the 2022 World Cup is staged, the same human rights considerations should apply – namely, that construction workers aren’t exploited as the infrastructure is put up, and that basic rights like freedom of speech aren’t curtailed during the lead-up to the matches themselves.”