Women at a leading university have demanded an end to ‘degrading, violating and hurtful’ sexist chants and abuse by male sport teams.

Their open letter refers to a vile chant by LSE’s men’s rugby team called ‘My Girlfriend’s a Vegetable’. 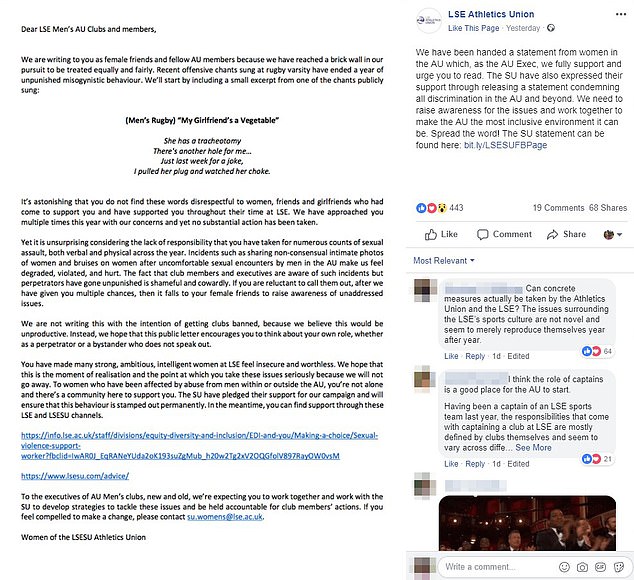 The London School of Economics Athletics Union was handed the letter, addressed to its male members, by female students at the university

The letter, addressed to all male members of the university’s athletics union, states: ‘We are writing to you as female friends because we have reached a brick wall in our pursuit to be treated equally and fairly.

‘We have approached you multiple times with our concerns and yet no substantial action has been taken.’

In 2014, LSE’s men’s rugby club was suspended for a year after calling female students ‘slags’ and ‘mingers’ in a leaflet.

A spokesman for LSE said: ‘We are deeply concerned by the allegations in the open letter.’ 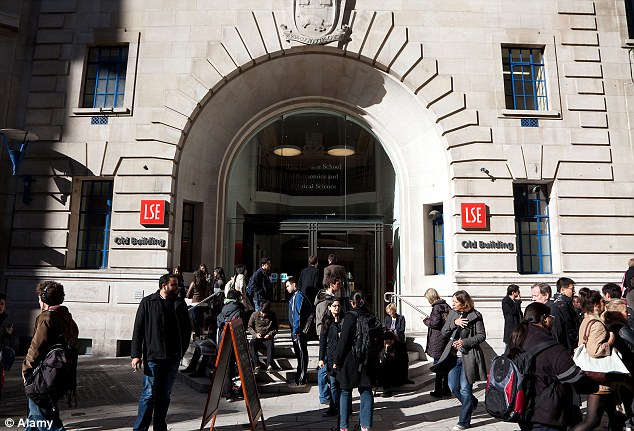