TAOS, N.M. (Reuters) – The FBI on Saturday said it had arrested Larry Hopkins, the leader of an armed group who have been stopping migrants who illegally cross the U.S.-Mexico border in New Mexico. 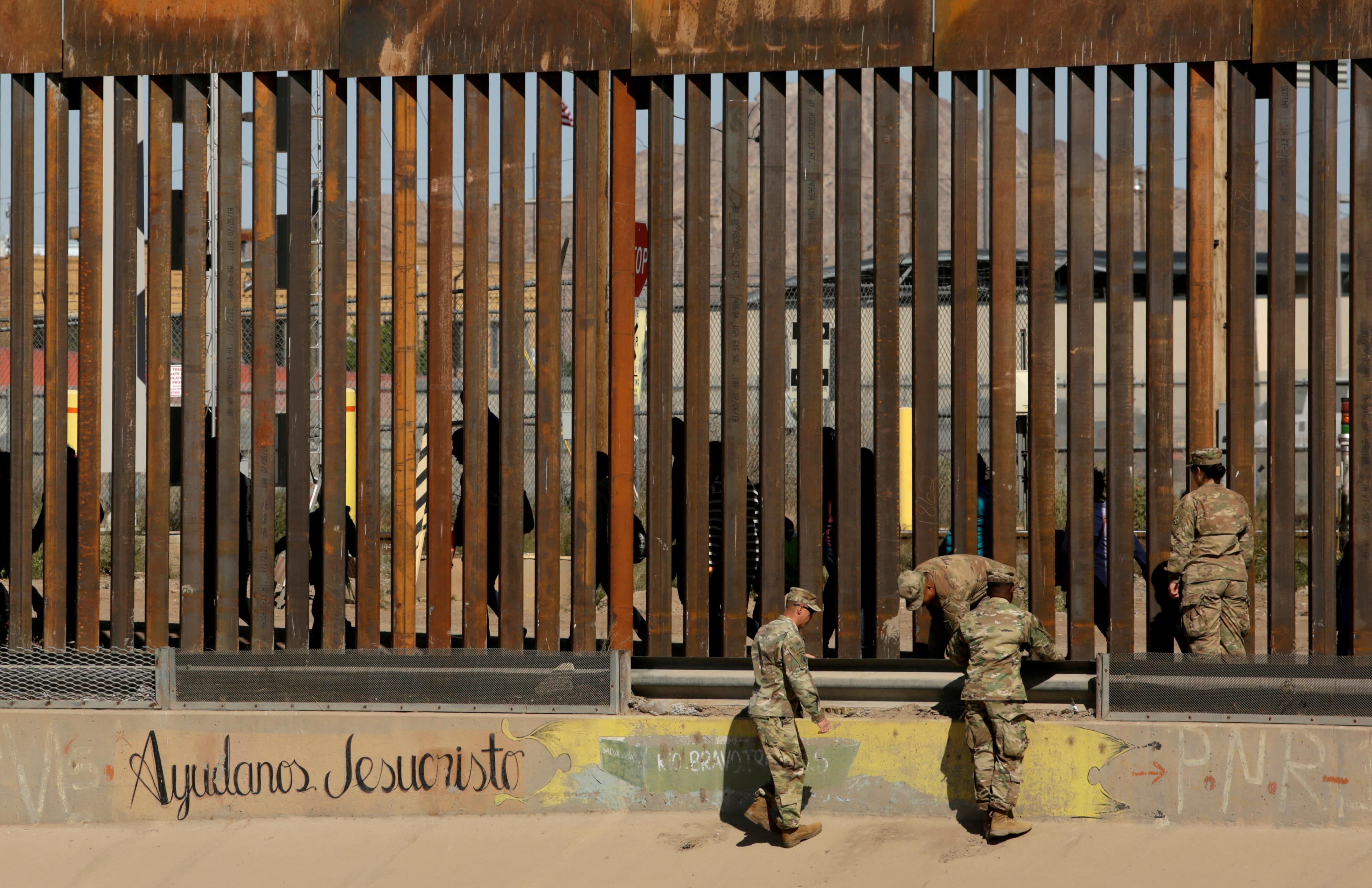 Hopkins, 69, also known as Johnny Horton, was arrested in Sunland Park, New Mexico, on a federal complaint charging him with being a felon in possession of firearms and ammunition, the Federal Bureau of Investigation said in a statement.

Hopkins represents himself as commander of the United Constitutional Patriots (UCP), a small volunteer group camped out near Sunland Park since late February.

The UCP describes itself as a “patriot group” helping over-stretched U.S. Border Patrol agents deal with a surge in undocumented migrants.

The American Civil Liberties Union on Thursday accused it of being a “fascist militia organization” illegally detaining and kidnapping asylum seekers.

Jim Benvie, a spokesman for the UCP, did not immediately respond to a request for comment.

Hector Balderas, New Mexico’s attorney general, described Hopkins as “a dangerous felon who should not have weapons around children and families.”

“Today’s arrest by the FBI indicates clearly that the rule of law should be in the hands of trained law enforcement officials, not armed vigilantes,” Balderas said in a statement.

Horton was previously arrested in Oregon in 2006 on suspicion of impersonating a police officer and being a felon in possession of a firearm, according to the Southern Poverty Law Center.

Mexico’s government on Saturday said it had “deep concern” about armed groups that intimidate migrants.

U.S. Customs and Border Protection (CBP) said it did not support citizens taking law enforcement into their own hands but encouraged the public to be its eyes and ears on the border.

“Border Patrol welcomes assistance from the community and encourages anyone who witnesses or suspects illegal activity to call 911, or the U.S. Border Patrol,” CBP said in a statement.

One UCP member, who declined to be named, said the group are U.S. military veterans who carried weapons for self defense but that they never pointed guns at migrants, as has been reported.

“People misconceive what we are doing,” the UCP member said. “All we’re down there to do is back up Border Patrol. They’re so thinned out with all these people coming in.”