Father of British volunteer fighting against ISIS appears in court

Father and brother of British volunteer, 27, fighting with the Kurdish-led YPG against ISIS in Syria appear in court on terror charges for ‘sending him £150’

The father and brother of a British volunteer fighting against ISIS in Syria have appeared in court charged with terrorism offences after allegedly sending him £150.

A small group of protesters gathered at Westminster Magistrates’ Court in London on Friday after Paul Newey, 49, and Samuel Newey, 19, were charged with illegally assisting Daniel Newey.

Paul was accused of funding terrorism, even though Daniel’s Kurdish-led military unit was backed by Britain and trained by the SAS. After the defeat of ISIS, the Kurdish units have now found themselves in conflict with Turkish forces. 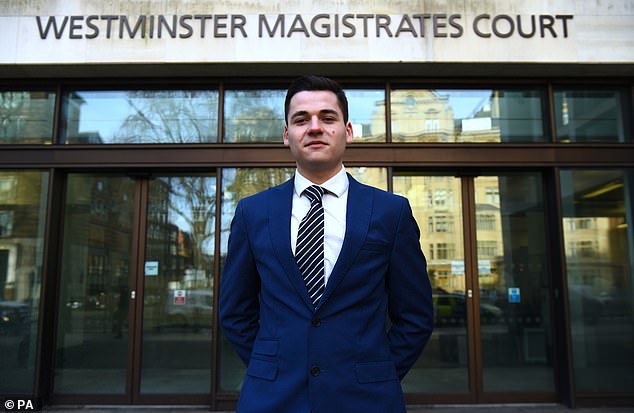 The father and brother (pictured, Samuel Newey, 19) of a British volunteer fighting against ISIS in Syria have appeared in court charged with terrorism offences after allegedly sending him £150

‘ISIS fighters get to come home and settle back down no problem,’ Mr Newey said last night. ‘Yet my son and me are treated like terrorists. The UK has got its priorities all wrong.’

Mr Newey, wearing a Barbour-style quilted jacket and dark trousers, pleaded not guilty to sending £150 to his 27-year-old son, knowing or reasonably suspecting that the money would or may be used for terrorism.

Mr Newey’s younger son, Samuel, who appeared beside him in court wearing a blue suit, was not asked to enter pleas relating to a charge of engaging in conduct to assist his older brother. 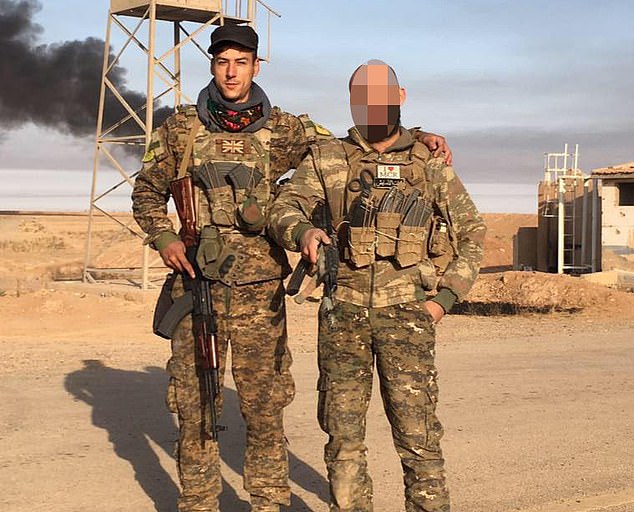 Front line: Dan Newey with a YPG comrade in 2017. His Kurdish-led military unit was backed by Britain and trained by the SAS

Security officers had to be called to the courtroom after one demonstrator got into an argument with a West Midlands Police officer before the short hearing on Friday.

The two men, from Solihull in the West Midlands, were bailed to appear at the Old Bailey next Friday.

Dan Newey, who had no previous military experience, gave up his job as an insurance salesman in 2017 to join the YPG, a Kurdish-led army based in Syria which, at the time, was leading the international military coalition against the threat of ISIS.

A year later, he returned to Britain and was put on a Home Office watchlist. But two months ago he went back to fight with the YPG for a second time. 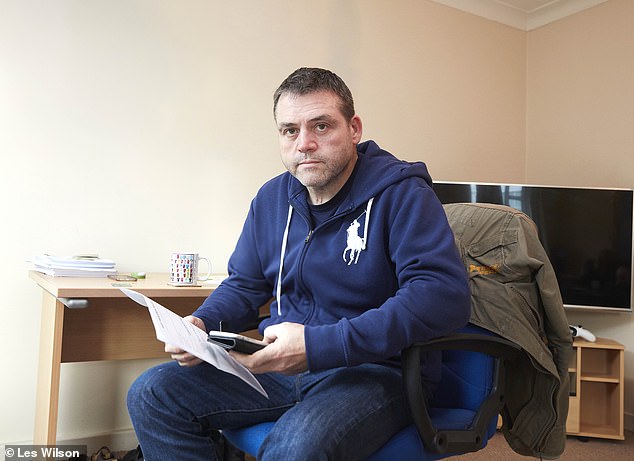 Paul Newey, 49, is accused of funding terrorism for sending his son £150 and was arrested at his flat in Solihull

Britain’s backing for the organisation – and the efforts of its UK volunteers – helped to bring down ISIS’s murderous caliphate.

However, a recent chain of international political events means that Dan and other British YPG volunteers are now fighting not against ISIS but against Turkey which remains an ally of the UK and a member of the Nato defence alliance.

Speaking of his arrest at his flat in Solihull, West Midlands, earlier this month, Mr Newey, who requires constant medication, said: ‘I was asleep when I heard this frantic banging on the front door and non-stop buzzing on the intercom.’