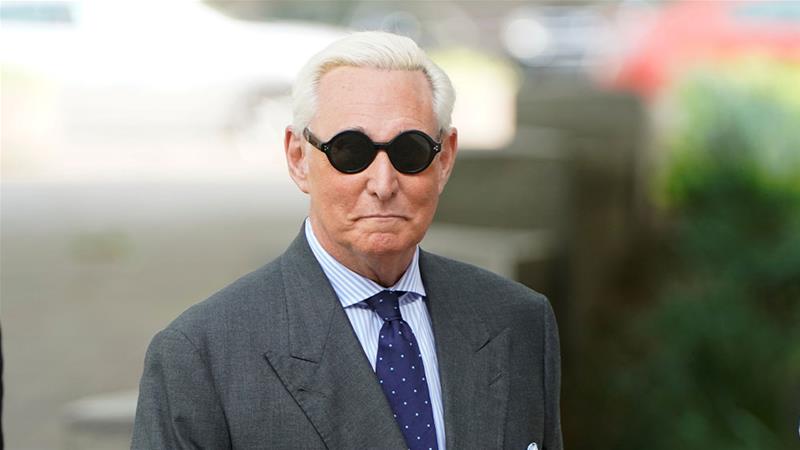 Facebook Inc on Wednesday removed 50 personal and professional pages connected to United States President Donald Trump’s longtime adviser Roger Stone, who is due to report to prison next week.

The social media platform said Stone and his associates, including a prominent supporter of the right-wing Proud Boys group in Stone’s home state of Florida, had used fake accounts and followers to promote Stone’s books and posts.

Facebook moved against Stone on the same day it took down accounts tied to employees of the family of Brazilian leader Jair Bolsonaro and two other networks connected to domestic political operations in Ecuador and Ukraine.

Nathaniel Gleicher, Facebook’s head of cybersecurity policy, said the removals were meant to show that artificially inflating engagement for political impact would be stopped, no matter how well connected the practitioners.

“It doesn’t matter what they’re saying, and it doesn’t matter who they are,” Gleicher told Reuters before the announcement. “We expect we’re going to see more political actors cross this line and use coordinated inauthentic behaviour to try to influence public debate.”

Facebook officials said they took down Stone’s personal Facebook and Instagram pages and his Stone Cold Truth Facebook page, which had 141,000 followers. A total of 54 Facebook accounts and 50 pages were removed for misbehaviour, including the creation of fake accounts. The accounts spent more than $300,000 on advertisements over the past few years, Facebook said.

In Brazil, the allegations by Facebook add to a burgeoning political crisis, where Bolsonaro’s sons and supporters have been accused of running a coordinated online campaign to smear the president’s opponents.

The company said that despite efforts to disguise who was behind the activity, it had found links to the staff of two Brazilian lawmakers, as well as the president and his sons, Congressman Eduardo Bolsonaro and Senator Flavio Bolsonaro. 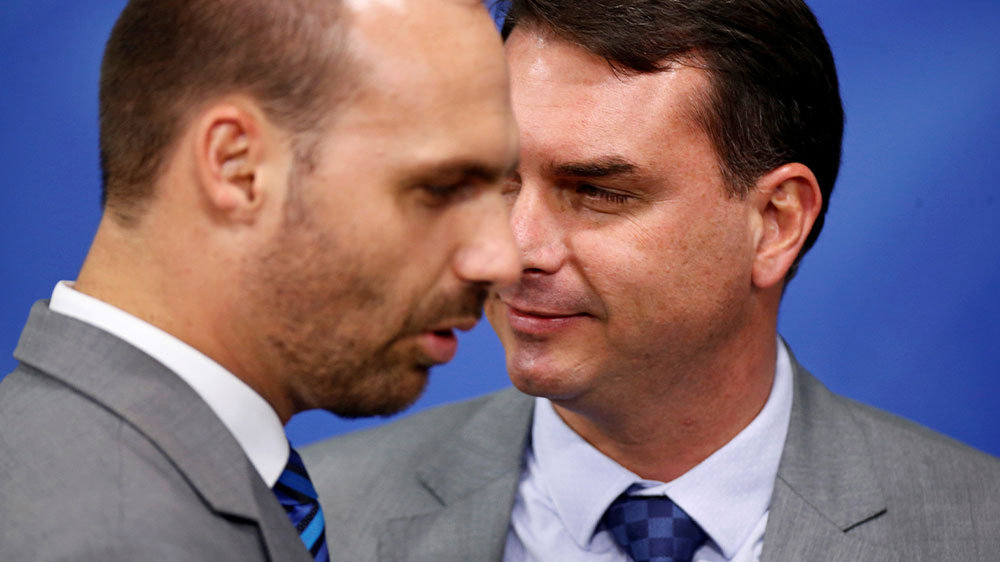 The accusations have spurred a congressional inquiry and a separate Supreme Court investigation into so-called “fake news attacks” on the country’s judiciary, which led to police raids in May on the homes and offices of Bolsonaro allies.

Bolsonaro, who is also under mounting criticism over his handling of the coronavirus outbreak, has said the court’s investigation is unconstitutional and risks establishing censorship in Brazil by policing what people can say online.

Some of those accounts posed as fake Brazilians and news outlets to spread “hyper-partisan views” supporting Bolsonaro and attacking his critics. Their targets included opposition lawmakers, former ministers and members of Brazil’s Supreme Court.

More recently, the accounts also amplified Bolsonaro’s claims that the risks of the coronavirus pandemic are exaggerated. The disease has killed more than 66,000 people in Brazil and Bolsonaro himself tested positive this week.

Facebook Chief Executive Mark Zuckerberg was briefed on the actions beforehand, officials said. Facebook has come under increasing pressure in recent weeks to better police how political groups use its platform.

Hundreds of advertisers have joined a boycott aimed at forcing the company to block hate speech on its site, and multiple employees walked out last month over Zuckerberg’s decision not to challenge inflammatory posts by Trump.

The removals risk further angering Trump and other conservatives who accuse Facebook of suppressing right-wing voices. Facebook last month took down a Trump re-election ad that included a Nazi symbol, and it pledged to steer users to facts on voting when Trump, or anyone else, touches on the topic.

Facebook is under pressure from civil rights advocates and allied groups as well, and hundreds of advertisers have joined a boycott demanding the company crack down on hateful and divisive messages.

Stone was convicted last year for witness tampering and lying to Congress as it investigated Russian interference in the 2016 election. Stone did not immediately respond to an email seeking comment.

He told the far-right website Gateway Pundit: “We have been exposing the railroad job that was so deep and so obvious during my trial, which is why they must silence me. As they will soon learn, I cannot and will not be silenced.”

In search warrant documents released this April, the FBI said a Stone assistant told interviewers in 2018 “that he purchased a couple hundred fake Facebook accounts as part of this work.” 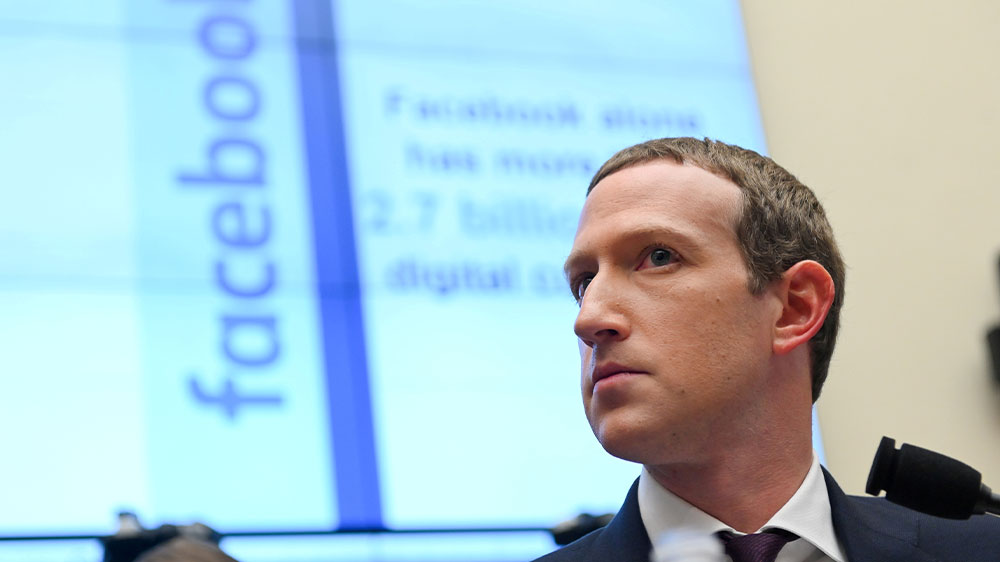 Facebook said its probe was influenced by the April search documents. But the company said that its unit guarding against coordinated inauthentic behaviour had already been looking into Stone’s pages after a referral from a separate Facebook team monitoring dangerous organisations, which was tracking the Proud Boys.

Graphika analyst Ben Nimmo, a disinformation specialist, said the Stone network had been most active in 2016 and 2017, among other things promoting stories about the Democratic emails published by WikiLeaks as part of the Russian interference effort.

Many of the accounts were later deleted, and in recent weeks they have mostly reflected Stone’s quest to receive a pardon from Trump for his crimes, according to Nimmo.

“The inauthentic accounts were amplifying various Stone assets, like his page, or advertising one of his books,” Nimmo said.

Stone has been stepping up his efforts to get a pardon from Trump before he reports to prison, where his family fears the spread of COVID-19. Trump has said that Stone was treated unfairly. US Attorney General William Barr intervened to seek a lesser sentence, prompting four career prosecutors to resign from the case. 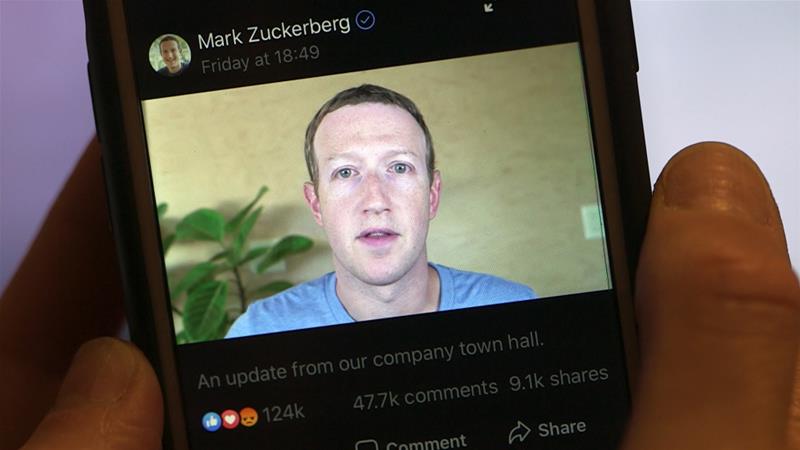 The Great Facebook Boycott: Will it make any difference?