SANTIAGO (Reuters) – Chilean new women’s minister has been forced to apologize and pull a controversial advertisement aimed at curbing an increase in domestic violence with the coronavirus pandemic. 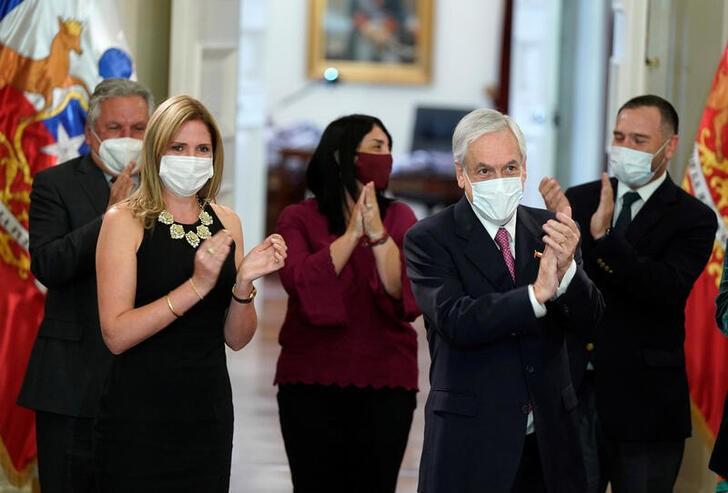 Macarena Santelices, a relative of former Chilean dictator Augusto Pinochet, was accused by women’s rights groups of painting abusers in a sympathetic light through the short film, which was aired on government social media accounts.

Lockdowns aimed at slowing the spread of the virus have brought an uptick in domestic violence around the world.

In Chile, calls to emergency telephone hotlines for abuse victims have increased on average 60% since lockdowns were announced in March.

The advertisement, launched by the National Women’s Service which reports to the Women’s Ministry, featured an old man telling his granddaughter he regretted abusing her grandmother after she revealed to him her boyfriend had beaten her.

The minister said on Twitter on Monday night that she “profoundly regretted” its airing, adding “an abuser never has an excuse.”

The advertisement was the second to be scrapped in a week after criticism. The first was a short cartoon created by private charities with the endorsement of the Ministry of Social Development which showed a family comforting a father who flies into a rage while attempting to work from home.

Lorena Astudillo, spokesperson for the Chilean Network against Violence against Women, said the Chilean government appeared to be singing from an old hymn sheet.

“Our institutions have a habit of justifying, victimizing and trying to generate empathy for men who have been aggressors throughout their lives,” Astudillo told Reuters. “The tears of an aggressor do not save women’s lives.”

Santelices, a former mayor with no track record on gender issues, was appointed after the previous incumbent quit in March.

A militant member of the far-right Independent Democratic Union, she is the great-niece of former dictator Augusto Pinochet.